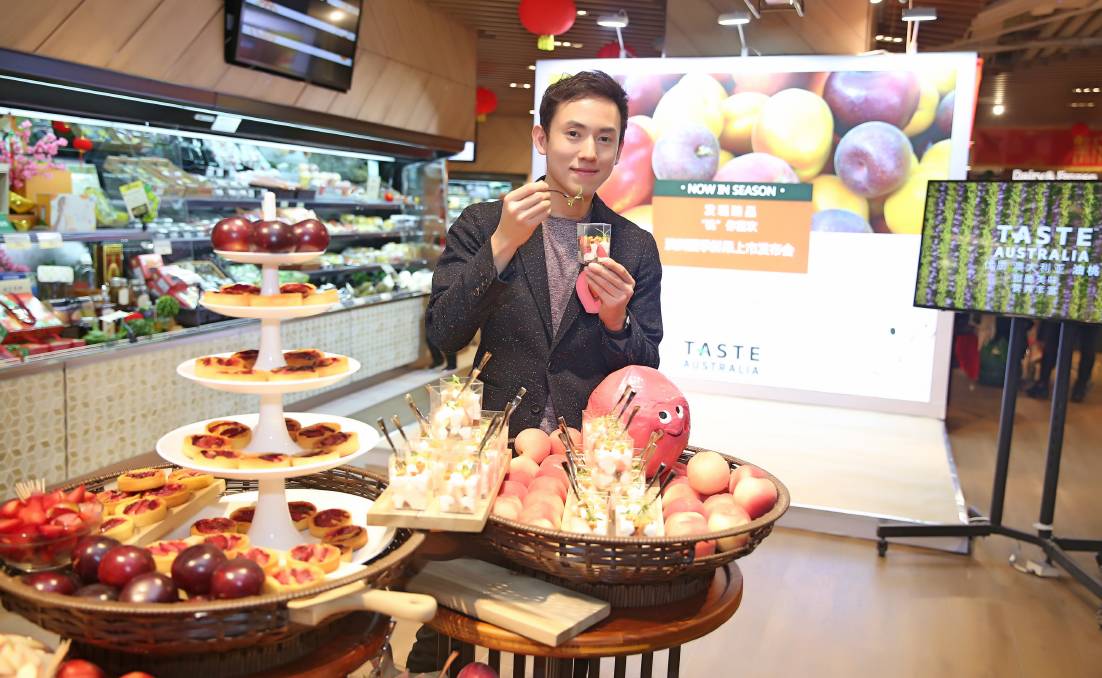 PROMO: Promotional stalls such as this, inside a Chinese supermarket, have helped introduce Australian stonefruit to consumers.

The FTA with China has helpd drive stonefruit exports, but it's not the only thing.

IT may not have flashy advertising campaigns on the home front but Australian stonefruit has been backing itself in the Chinese arena to great effect.

The study indicated how the removal of an impediment to trade provided a pathway for the cherry and summerfruit (apricots, nectarines, peaches and plums) industries to successfully compete in a large and growing market.

China has become Australia's most valuable stonefruit export market since market access protocols were established between the two countries, according to ABARES.

"By 2018-19 China accounted for 35 per cent of Australia's total cherry exports.

FREE trade agreements weren't the only plank in the bridge of improving stonefruit access to China however.

The ABARES report noted the role of non-tariff measures on agricultural trade.

"However, tariff reductions are not always sufficient to guarantee better opportunities for agricultural exports. In some cases non-tariff measures may continue to hinder trade (ABARES 2019)," the report said. 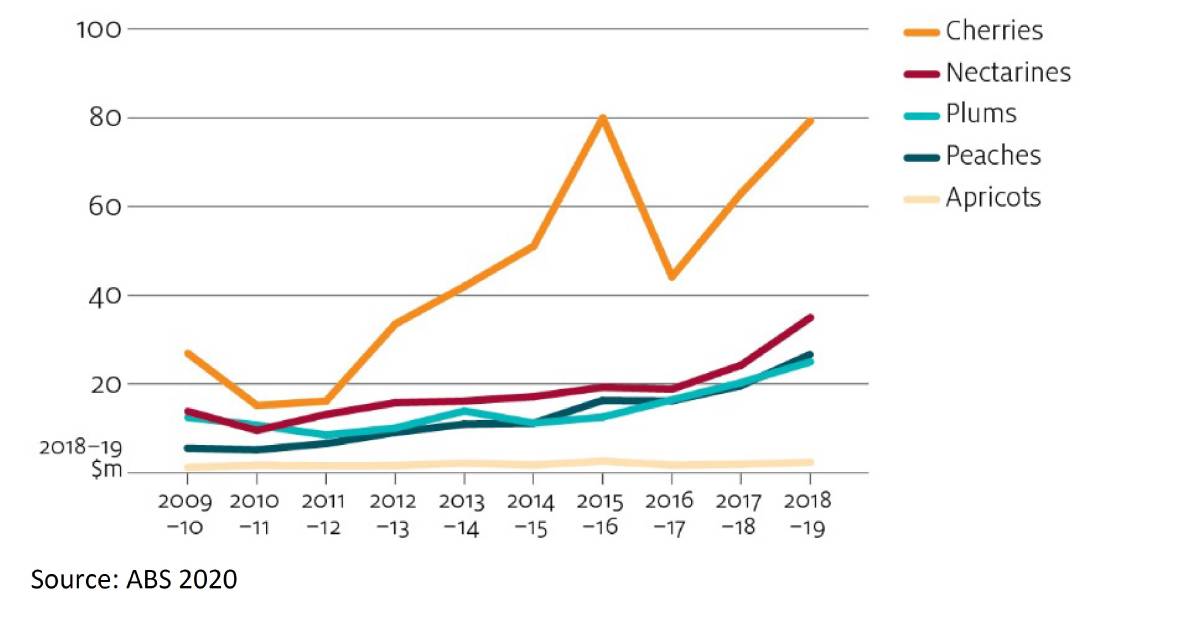 One major non-tariff measure to have been heavily investigated by Australian horticulture industries has been sanitary and phytosanitary (SPS) measures to give assurances to importing countries that the produce is free from pests or diseases.

Some countries such as New Zealand have stringent SPS requirements and do not allow Australian stonefruit in, while others such as Hong Kong, Malaysia and Singapore have minimal requirements.

"In the case of China, both a phytosanitary certificate and an export inspection are required in addition to a phytosanitary disinfestation treatment," the ABARES report said.

ONE of the major success stories was the export of Australian cherries to China in 2014, which was followed by Australian nectarines in 2016, then apricots, peaches and plums in 2017.

"The China-Australia Free Trade Agreement (ChAFTA) entered into effect on 20 December 2015 and provided for the phased removal of the 25 per cent tariff on Australian apricots and the 10pc tariff on cherries, nectarines, peaches and plums," the report said.

"All Australian stone fruit exports to China were tariff-free by 1 January 2019."

Establishing market access protocols with China has been highly valuable for the Australian stone fruit industry. 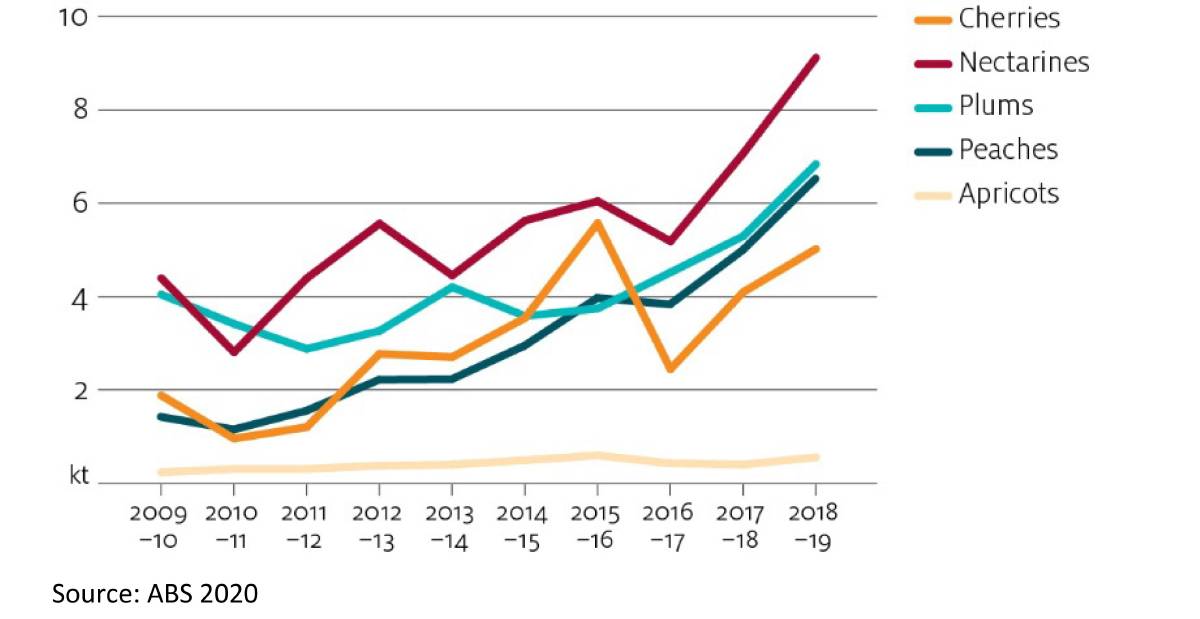 "Only in 2016-17 did exports decline, when unfavourable seasonal conditions caused a 37pc drop in production (ABS 2019).

"The value of Australian nectarine exports also grew strongly after gaining market access to China in 2016, increasing by 81pc between 2016-17 and 2018-19.

According to the ABARES report: