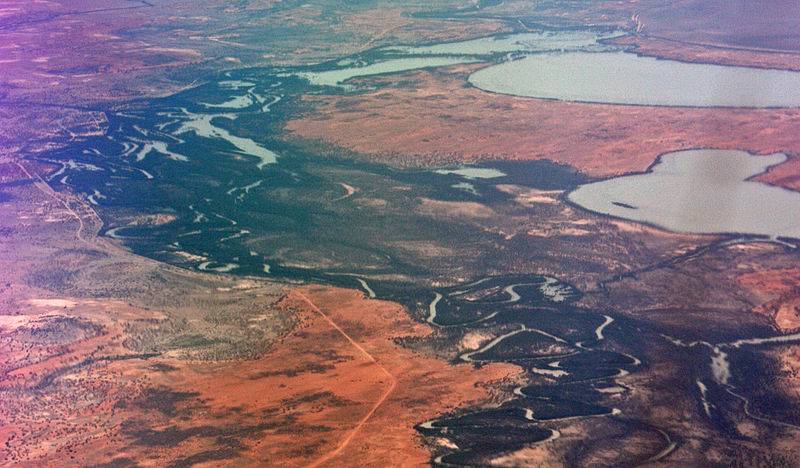 LIFE BLOOD: 200GL is expected to flow into Menindee after the recent deluge. Photo: Tim Keegan

That should be enough to keep the river going for the next 12 months.

THE NSW government is preparing to restart the lower Darling river, with 200 gigalitres expected to flow into the Menindee Lakes after the recent deluge.

The Murray Darling Basin Authority (MDBA) said it was working with the NSW government in anticipation of the water arriving by the end of the month.

On Friday, MDBA river management executive director Andrew Reynolds told a Senate estimates hearing the plan was to "restart the river once at least 200 gigalitres makes it to Menindee".

"That will be sufficient to restart the lower Darling with a view to keep that running 12 months beyond that," he said.

"There are block banks in the lower Darling at the moment and there's poor water quality behind those block banks.

"The process of moving that through the system is something that needs to be carefully managed, so we don't cause untoward impacts further down the system.

"The timing of that and the removal of the block banks is being planned now."

The recent rainfall in the southern basin has also eased demand for water, which means MDBA's focus has shifted to conserving water in major dams for next year

Mr Reynolds said rain and lower temperatures along the Murray had reduced irrigation demand a bit earlier than usual and expected it to continue tapering off as we head into autumn.

"Water is scarce, and as river managers we need to store as much as we can for future use," he said.

"This is part of normal operations, especially during autumn and winter, to maximise water availability for licence holders in the year ahead.

"As we get more rain, river levels in the Murray will become relatively low compared with flows that are typical for this time of year."

Mr Reynolds said the country was still in drought and water availability was low.

"The drought has been tough on many licence holders reliant on the river Murray system, so we need to take every opportunity to top-up the reserves for future use by the southern Basin states," he said.