A Sydney University researcher is looking at the feasibility of running dairy cows and calves together in pasture-based systems.

This experiment was the first of my thesis, which is focused on optimising the rearing of young stock. This experiment investigated the feasibility of rearing the calf with the cow in a pasture-based setting, and the impact that such a system has on cow behaviour at weaning.

Learnings from this work provides options for the industry to pursue an alternative mode of rearing young stock, alongside learnings to help improve conventional practices.

We conducted two experiments. Experiment 1 determined the feasibility of rearing the calf with the cow in a pasture-based system. Experiment 2 determined these cows' response to separation, as compared with cows separated from their calf within 24 hours.} 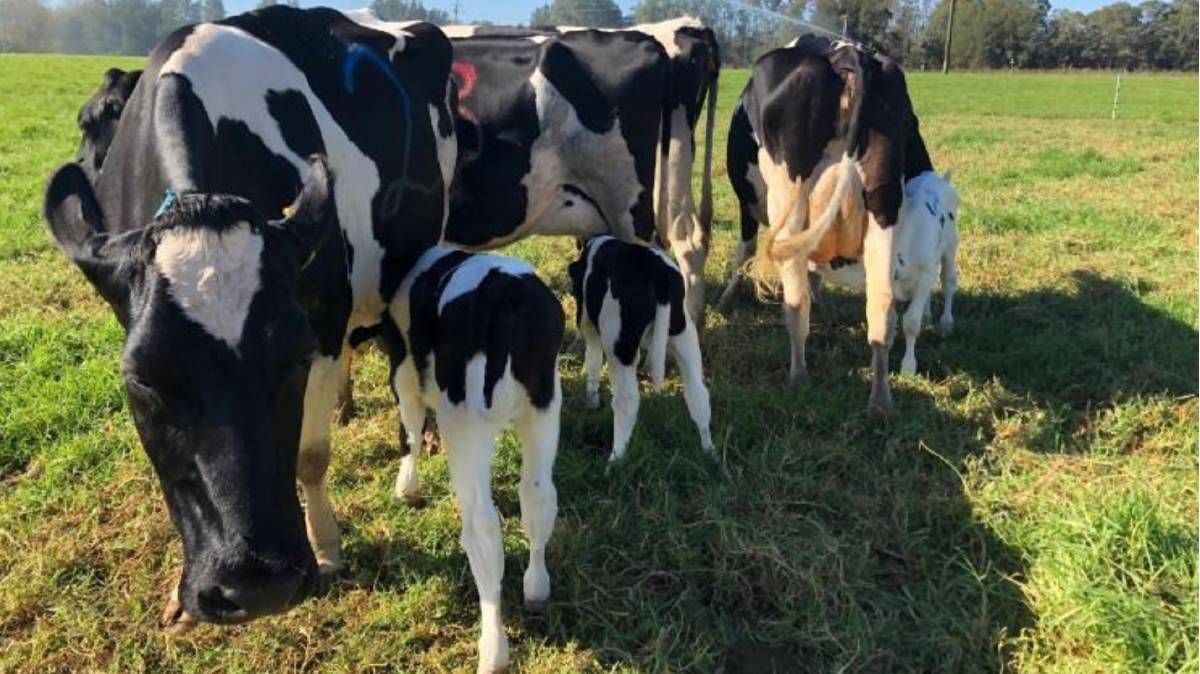 Calf weight gain in the experiment was double the industry standard, with an average daily gain of 1.42 kg/day compared with 0.7 kg/day. However, this may be reflected in milk consumption/milk yield.

The financial costs and benefits of this type of rearing system has not been evaluated, but will be an important outcome of further studies.

Vocalisation can be used to determine stress levels in cattle. After six weeks, the cows vocalise 10% of the time. The idea can be proposed that the cows display less stress in leaving their calf because they know their calf will be there upon return.

The industry standard for proportion of the total stomach weight contributed by the reticulorumen is 67pc in calves 12-16 weeks of age. The rumen weight of the calves in this study were smaller than industry standard, therefore future research into cow-calf rearing systems should focus on rumen development. A more objective measurement of rumen development would be useful.

Rumination is a low arousal, routine behaviour that has been used to assess stress, health, and welfare of cattle. Experimental cows spent more time ruminating than the control cows, suggesting they were less affected by calf separation.

That being said, we cannot determine that more activity equates to more stress because it is unclear the types of behaviours that are monitored by the neck collar. Further detailed behavioural evaluation is necessary to gain a greater understanding of the welfare impact of these two contexts.

This study has identified four potential advantages to rearing calves on the cow:

4. The possibility of a new revenue source from rearing bobby calves.

While we have demonstrated the feasibility of rearing calves on the cow in a pasture setting, the impact of scaling this up to larger herd sizes, loss in milk yield, time of weaning and rumen development still requires evaluation. Long-term studies can provide an understanding of suckling on immediate and future lactations. Furthermore, the impact on replacement heifer lactations is unknown.

*Sarah Mac is a PhD student at the University of Sydney, who took part in the Australian Dairy Conference's Young Dairy Scientist Award competition. This is an edited version of the article she submitted as part of that competition.}