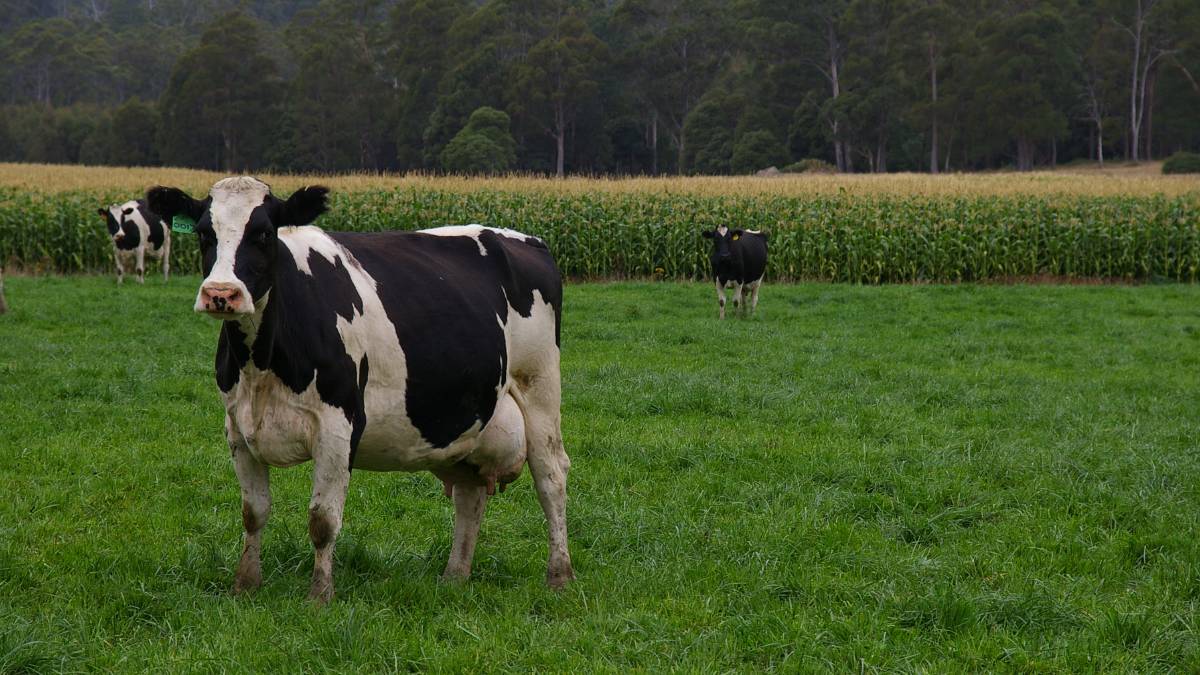 FINDING THE BEST: Genomic testing allows the earlier identification of high genetic worth animals - opening up options for farmers to manage their herds.

Dairy farmers are becoming increasingly interested in genomic testing and how they can use it to advance their herds.

One of the joys of writing this column is the opportunity to investigate things that I don't know enough about. Every vet has been put on the spot by a farmer asking some head-scratching baffler - I find the "why does my cow do this strange behaviour?" ones to be the trickiest - and have had to reply, "well, I'm not sure about that one, but let me look it up and get back to you".

As a new graduate, I might have seen this as embarrassing - surely five years of university should have given me all the information I could possibly need for a lifetime of seeing practice? But as an older vet now, wizened by midnight calls and excessive sun exposure, with a small dash of caring less about what people think, I've come to enjoy these questions. Farmers are always curious about new situations or ideas they encounter. They have their own theories to explain the things they see, and they always see things from a different perspective. It provides an interesting challenge.

Recently, the question I've fielded from farmers most commonly has been about genomic testing. The number of companies offering genomic testing services has increased in the past few years, and the cost has decreased as well. The process is simple - you just pluck some tail hairs, clearly identify your sample, and then send it off to be tested.

The use of genomic testing has been occurring in the Australian dairy industry since 2011, and it is an Australian innovation. Although usage is widespread overseas, the geneticists who developed the tool are still here, working at Agribio. They can be a little bit shy in person, but internationally, they are famous.

The use of genomic testing has been occurring in the Australian dairy industry since 2011, and it is an Australian innovation. - Ee Cheng Ooi

The process of genomic testing may be simple but explaining how it works is a challenge. Firstly, DNA is extracted from ear tissue or tail hair samples. DNA makes up the 'genome' or genetic code of an individual. The cattle genome is made up of three billion DNA base pairs, with four different types of bases - A, T, C and G. Everyone has a unique combination of these bases (unless they're an identical twin).

Each genome has large sections where it is the same across individuals of the same species and small sections where it differs. These few points on the genome that differ from animal to animal are known as 'single nucleotide polymorphisms' or SNPs.

To investigate these, the industry has built a reference population of cattle that is representative of the Australian herd, who have had their entire genomes sequenced. This allows us to link each sequence to each animal's 'phenotypic' or real-life performance. We can then compare the sequences to see which SNPs are similar across high performing animals.

Let's say for example that a very high performing bull has an 'A' at a particular SNP. When we look at other good bulls, most of them also have 'As' at the same SNP. This means that if we test a bull of unknown performance who also has an 'A', we have a tiny piece of evidence that he may be a good bull. If another unknown bull has a 'G' at the position, we might be less certain of his worth.

Geneticists have found 50,000 SNPs that correlate to good performance in a variety of traits. This means that each tiny piece of evidence can be used to build a bigger picture about the animal, allowing the construction of genomic Australian Breeding Values. It also means that instead of sequencing the entire genome of each of your tail hair samples, they can quickly and efficiently look at 50,000 SNPs.

This isn't a perfect process. There's still a way to go before we could predict the future with 100 per cent accuracy. The best it can do is give you some information to work with. Genomic testing is much more reliable than the parent average (just look at your own brothers and sisters to see the differences that can occur from the same source), but not as reliable as progeny testing. However, the benefit of genomic testing is that it can be done at a very early age, which can help make a real difference with management decisions.

Farmers have managed to devise lots of interesting strategies for using genomic testing in conjunction with things like sexed semen, beef bulls and good herd fertility in the past few years - stay with me and we'll explore these in the next edition.

*Ee Cheng Ooi is a cattle veterinarian and fertility researcher working with the animal health team at Dairy Australia. All comments and information discussed in this article are intended to be of a general nature only. Please consult the farm's vet for herd health advice, protocols and/or treatments that are tailored to a herd's particular needs.