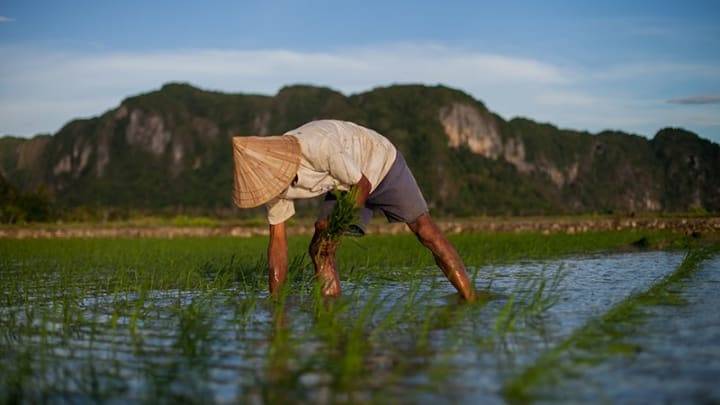 "As a major exporter, when we help other countries move out of poverty, they want to buy more and more of our clean, green, high-quality products."

AUSTRALIA'S foreign aid in the form of agricultural research and development is an "untold national success story", that lifts countries out of poverty and has a huge return on investment through trade opportunities and valuable biosecurity data.

The federal government is overhauling its foreign aid budget, as it looks to find saving anywhere it can, however Crawford Fund chair and former deputy prime minister John Anderson wants to ensure the modest amount the nation spends on ag research and development is not cut.

Although agriculture research and development only takes up 2 per cent of the foreign aid budget, Mr Anderson said was "almost impossible" to put a price on its value.

"Bill Gates says agricultural research is the most efficient way to lift people out of poverty."

"It sounds counter intuitive - people say helping farmers in other countries means there's less trade for our farmers, but it doesn't work that way," he said.

"As a major exporter, when we help other countries move out of poverty, they want to buy more and more of our clean, green, high-quality products."

It's also "really important" for the nation's biosecurity, giving scientist a knowledge base to quickly tackle emerging trends and international threats.

"When we have our scientist and researchers active internationally, they pick up on new generic opportunities early, and they also see upcoming dangers," Mr Anderson said.

"The classic example is African Swine Fever, which has already killed half of the pigs in China. Australian scientists have been watching it, seeing how it evolves and how it impacts on the ground.

"We have a much better understanding with people out on the front line. It's almost impossible to put a dollar value on them."

Mr Anderson said agricultural research and development was one of the only areas to tick both the humanitarian and self-help boxes.

"In terms of foreign aid spending, it is the most effective way to help ourselves," he said.

"It has a direct benefit. Don't overlook its incredible value."