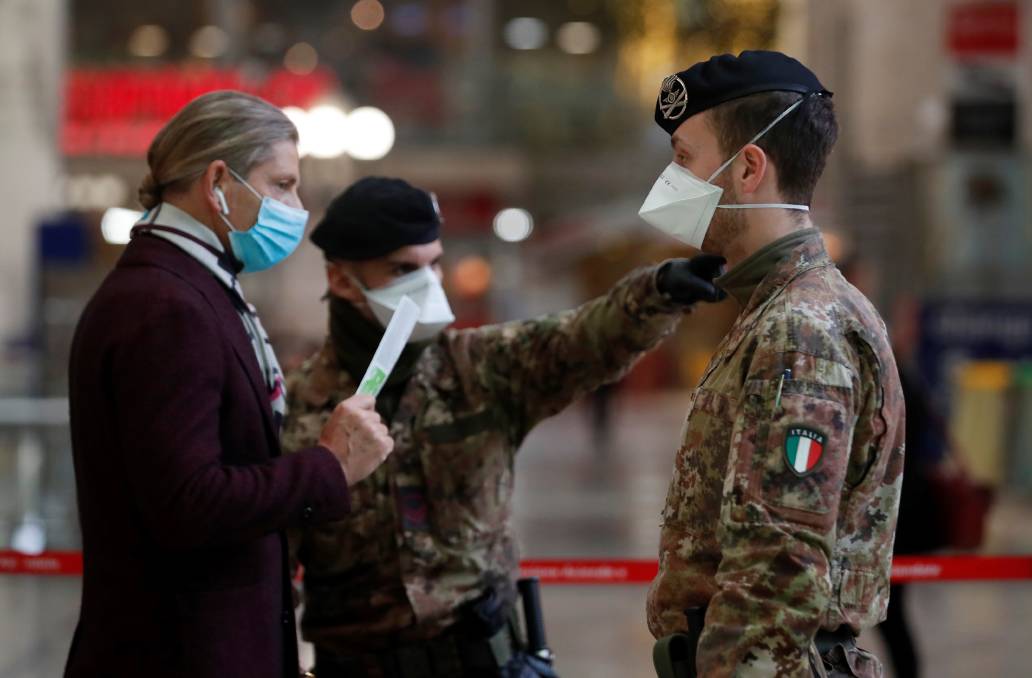 MILAN IN LOCKDOWN: Coronavirus has triggered lockdown in the northern Italian city of Milan which houses many of the world's leading apparel luxury brands.

Northern Italy, the centre of the country's wool processing and high fashion sectors, has been belted by coronavirus.

The growing havoc coronavirus is having on retail sales, particularly in Europe, is causing increased jitters in the global wool industry.

All eyes will be on the Australian wool market when sales resume this week.

Prices took a bit of a tumble last week and pundits are hoping the dip was mainly due to the larger offering as brokers sought to move a backlog of wool caused by the cancellation of sales the previous week after a cyber attack paralysed the industry's main IT provider, Talman.

The Eastern Market Indicator shed 19 cents to 1562c a kilogram clean as the market struggled to digest a national offering of 62,166 bales, the largest since 2008.

Prices were supported by the high national pass-in rate of 23.7 per cent with 47,421 bales cleared to the trade.

A week or two of sales would be needed to see where the market landed after weekly offerings get back to normal which was now around 35,000 to 40,000 bales, he said. 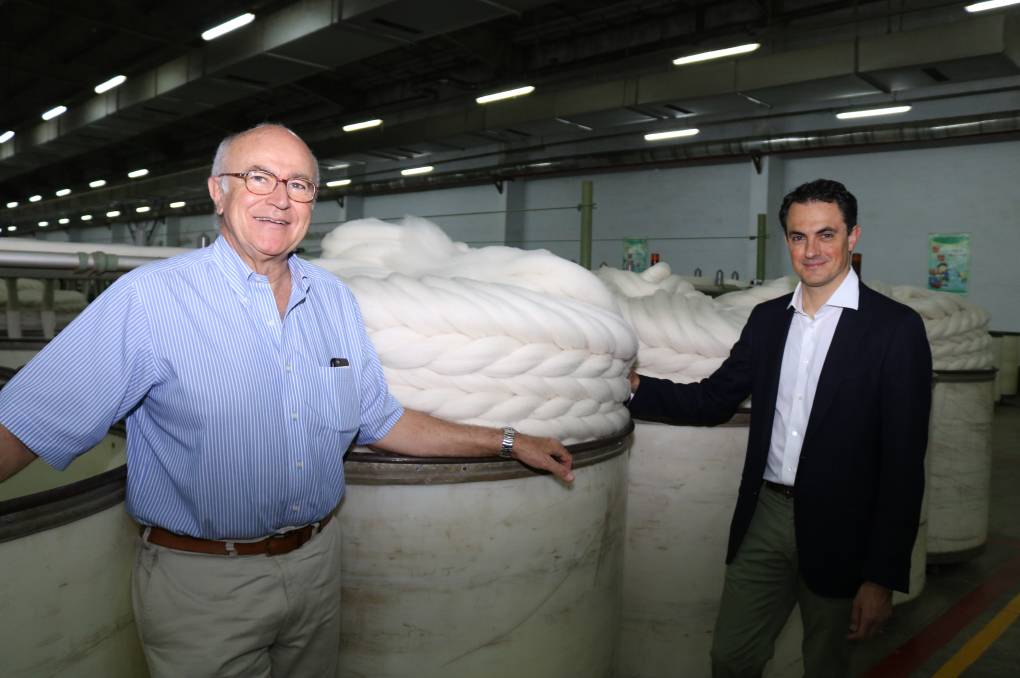 TOP TOPMAKERS: Marco and Giovanni Schneider who manage the leading topmaker, the Schneider Group, which is based in northern Italy where coronavirus has run rampant.

Giovanni Schneider, CEO of leading topmaker, the Schneider Group, said the world's leading fashion city, Milan, along with Venice, in northern Italy were in lockdown.

"Bars, restaurants and cinemas are closed, all events have been cancelled, people are forced to keep a minimum distance of one metre between each other and all companies are avoiding meetings," he said.

Schneider, which is a major buyer of Australian finewool, is based in Biella in northern Italy.

Mr Schneider said most people were working from home and minimising travel.

Mr Schneider said some small Italian mills had closed but believed their decisions were mainly driven by the lack of orders rather than the travelling restrictions.

"The most affected sectors are definitely tourism and retail. While factories can still produce and goods can still travel (be transported), shops are not selling because people are not leaving their homes. 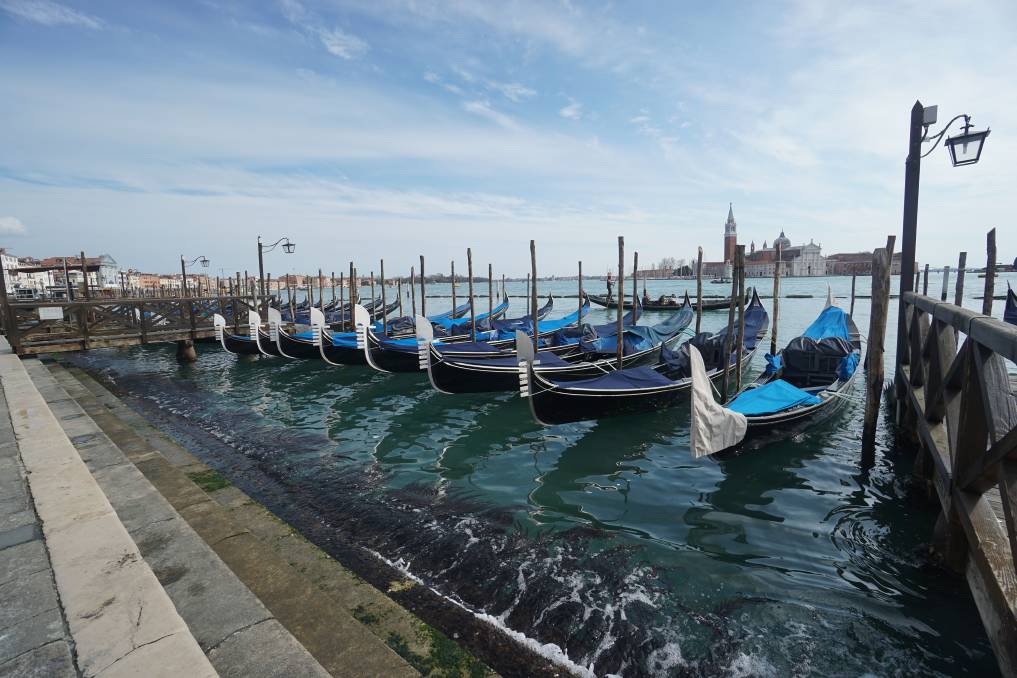 IDLE GONDOLAS: Rows of gondolas lie vacant in the Italian city of Venice.

"The shock will be demand driven, not supply driven. Italian companies are still able to produce whatever is required, however retailers are cancelling orders," he said.

Secretary-general of the Brussels-based International Wool Textile Organisation, Dalena White, said while it was too early to make a call on Italy's efforts to contain coronavirus the fashion industry needed to prepare for disruptions in both supply and consumer demand.

Elsewhere countries were trying to control the spread of the disease which would impact on wool and textile sales and the global economy, she said.

According to England's fashion bible, Drapers, more than 18,000 jobs have been lost and 1211 stores closed in the UK retail sector during the first two months of 2020.

He said as of yesterday the number of coronavirus cases in India was 43 and 30 in Vietnam.

"However any slowdown in retail sales and cancellation of retail orders will affect the wool textile industry in both India and Vietnam," he said.

Adelaide-based Rural Bank has forecast wool market volatility with the spread of coronavirus to Italy which takes around 5 per cent of the clip including large quantities of superfine Merino fleece.

Despite ongoing economic uncertainty the bank in its March 2020 Insights update said sentiment in China was improving with reports local factories were beginning to crank back into operation after the coronavirus shutdown.

Also helping sustain wool prices was the slide in the Aussie dollar compared with the US greenback because of the international financial turmoil caused by coronavirus.

Rural Bank expected the Australian currency would remain under pressure for some months.

However, these bullish prospects for wool would be dashed if China had to re-impose a virtual shutdown of its industry and transport or the spread of coronavirus worsened significantly across Europe.