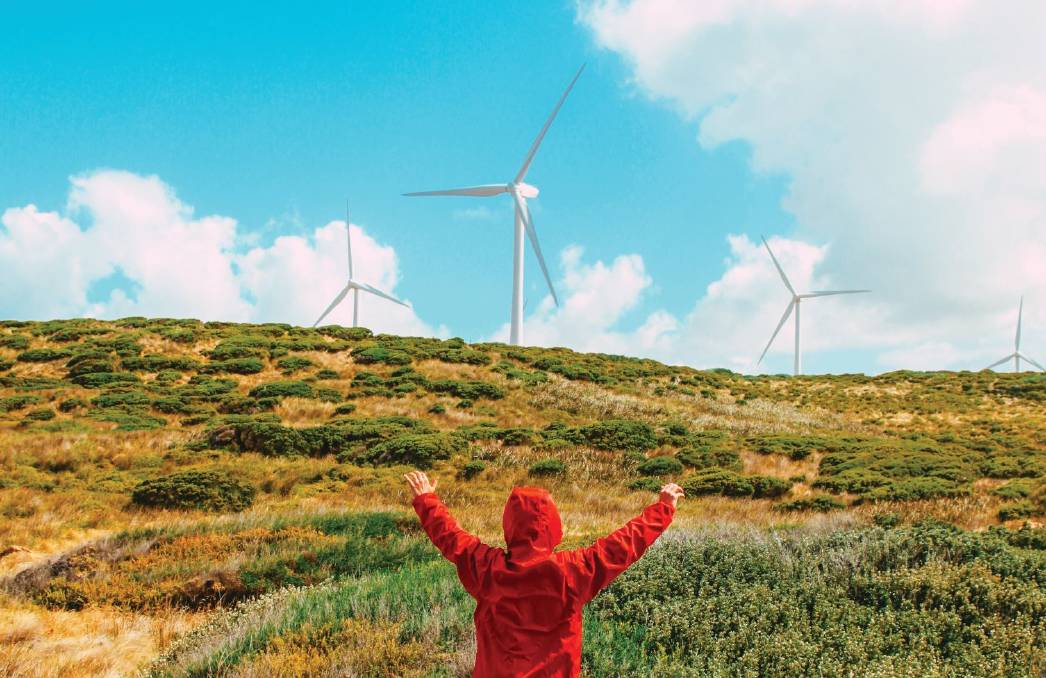 While it's easy to be pessimistic at the moment, here are some stories of hope for a sustainable and prosperous future.

First came the drought, then the bushfires, then the storms and floods.

Now we have a new virus to test our resilience as individuals and as a community.

It's enough to make you wonder what the future holds.

While there could be plenty of reasons to be pessimistic, contributors to the third edition of the Future Focus magazine - available online now and in selected ACM newspapers this week - offer sound reasons for hope.

From Wendy Cohen, who is confident regional Australia can become a world leader in renewable energy and carbon farming, to Mhairi Fraser, who has observed the diversity of ideas and innovations that have transformed the economic base of her home town Goulburn, there are stories to inspire. 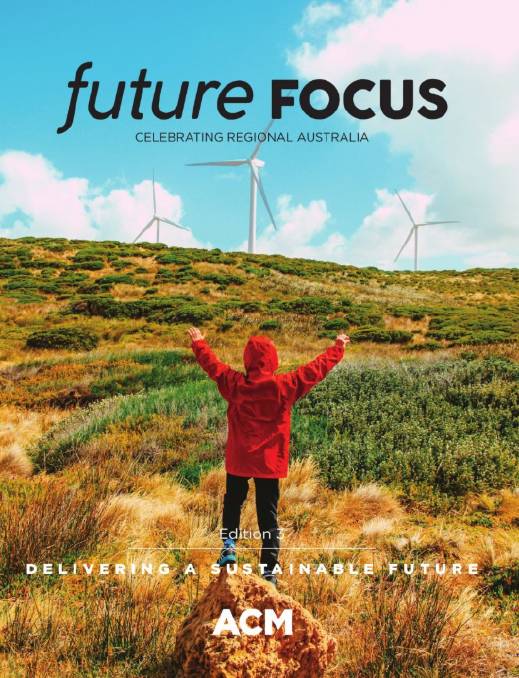 Click the image to read online: the third edition of the Future Focus magazine looks at sustainability.

The Sustainability issue of the Future Focus magazine is the third in a series from leading independent media company ACM, publisher of this website.

The magazine covers topics including energy, water, minerals and food production and explores what is required to ensure a sustainable and prosperous future for our regions. It demonstrates how regional Australians - farmers, businesspeople, academics and scientists - are leading the way. 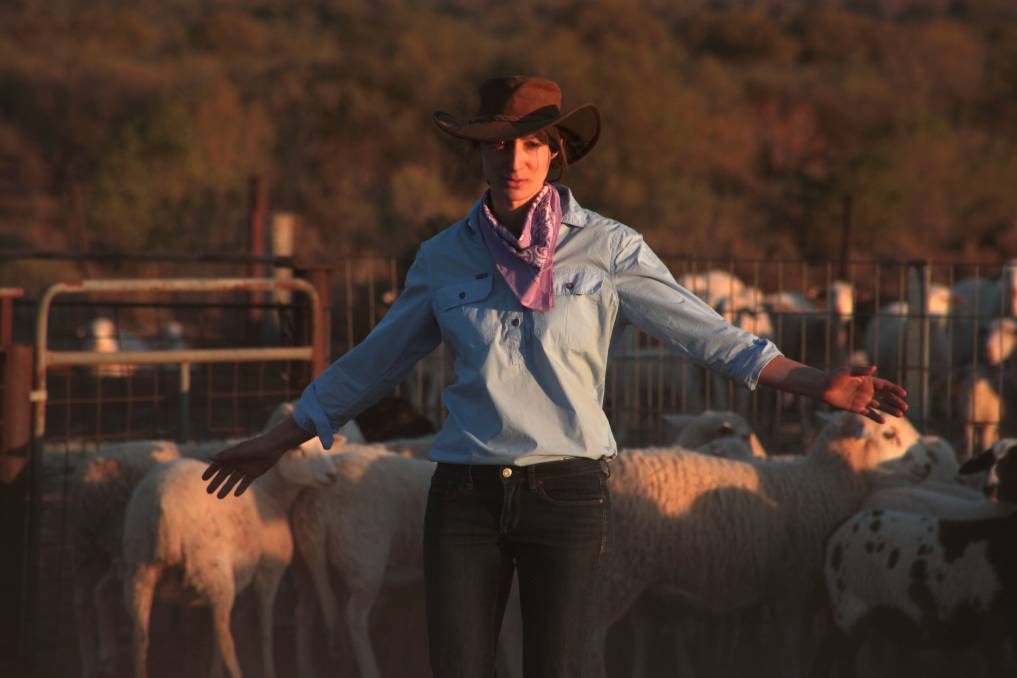 Farmer and agro-ecologist Anika Molesworth on her farm in far western NSW.

Anika Molesworth, one of the founders of Farmers for Climate Action, argues that agriculture will be a key component of finding solutions to the challenges posed by climate change. Even while the industry is vulnerable, she sees a bright future - if we use technology and our farming smarts to good effect.

An example to prove that point can be found at Jon Wright's Coota Park cattle stud near Cowra: a line of Blue-E beef cattle that have been bred for their meat as well as for the minimal methane emissions they produce.

Good Fruit and Vegetables editor Ashley Walmsley looks at what changes we can expect in how we grow, package and distribute food - and what we do with the leftovers - to reduce the strain on land, water and waste streams. National agricultural affairs writer Jamieson Murphy explores the many ways we may be able to serve up drinking water in a future where drought may become more commonplace. 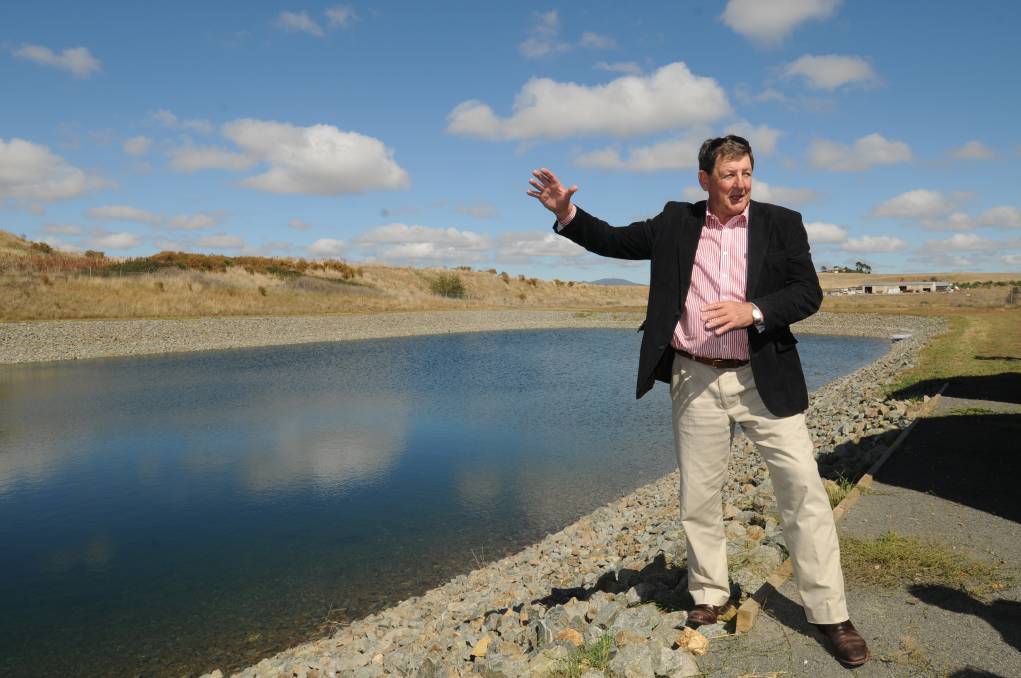 Orange (NSW) mayor Reg Kidd at the stormwater holding pond, part of a water harvesting and filtration system through natural wetlands, that now provides up to 25 per cent of the city's annual water supply.

There are several stories on the energy sector, including the impacts of roof-top solar panels on the national grid, and how the power of sunshine is growing the perfect grapes to make some of Australia's best wine.

Plus there's some thoughts about a new mining future for Australia - in rare minerals - and of course a piece on bushfires, and how communities will need to learn to live with fires of increasing frequency and ferocity. New firefighting assets will be needed - but, equally, new tech and new ways of thinking will come to the fore. 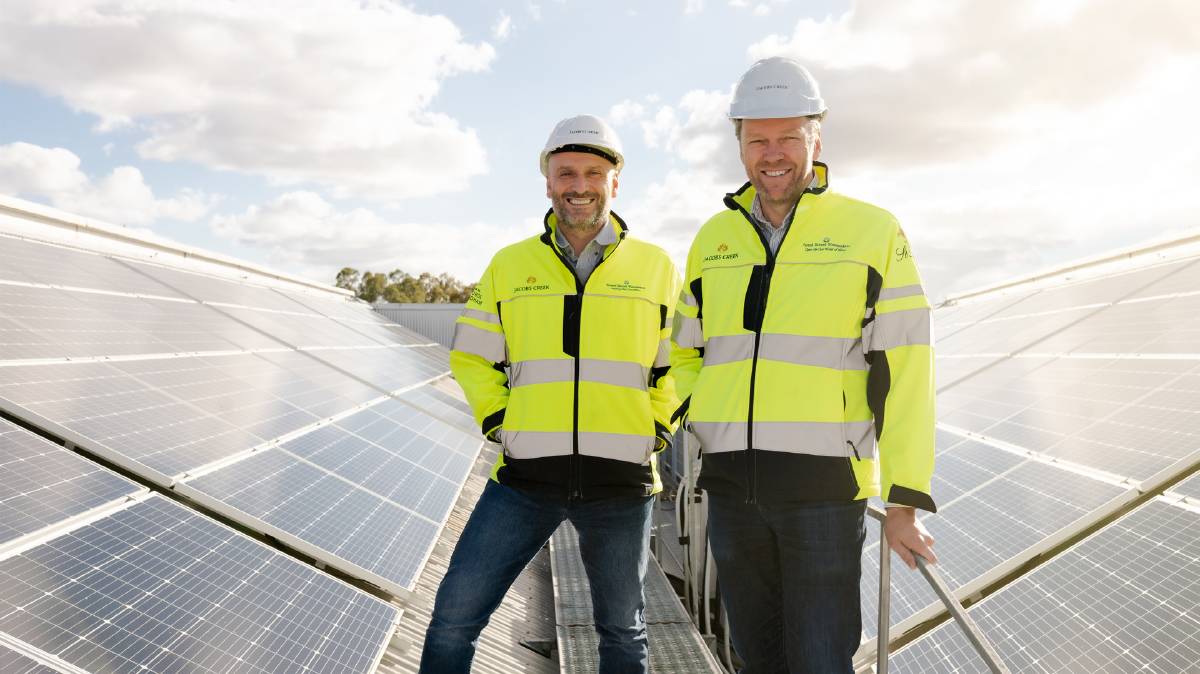 Robert Taddeo and Brett McKinnon, from winemaker Pernod Ricard, alongside the solar panels installed at Rowland Flat in the Barossa. The company is aiming to source all electricity from renewables by 2025.

To read more online, and join in the discussion, go to futurefocusproject.com.au.