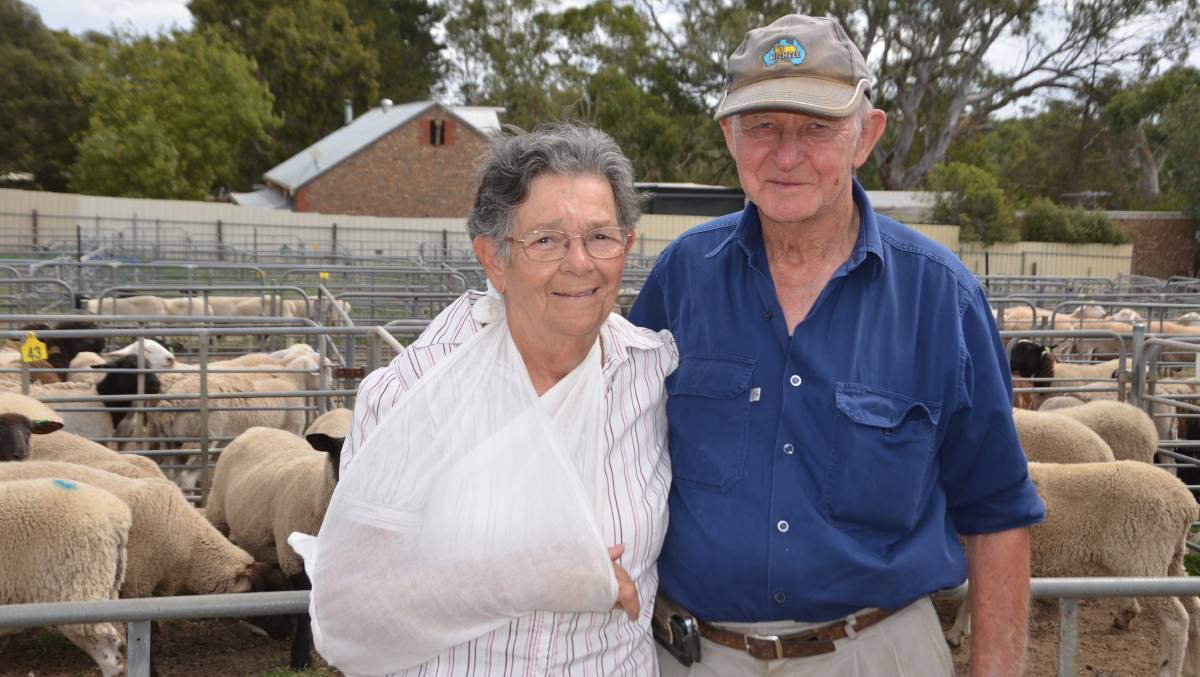 ON THE HUNT: Marjorie and Leo Schubert, Bletchley, SA, were looking at crossbred lambs at the recent Mount Pleasant, SA, market.

As the global COVID-19 pandemic continues to grow, caution has hit our lamb markets.

As the global COVID-19 pandemic continues to grow, caution has hit our lamb markets.

The cautiousness was on show last week in all states, causing a price correction across heavy lamb categories and lightweight lambs destined for overseas markets.

But even with the dip in values, the heavier lambs 30 kilograms carcase weight and above, continued to command the most action from buyers.

The shortfall of buyer demand resulted in heavy lambs tumbling $7-$20 a head at Wagga Wagga, NSW.

Trade lambs held their own and prices were generally firm to $3 softer.

At Griffith, NSW, on Friday, the market followed the cheaper trends.

The shortage of meat at butcher shops and supermarkets helped cement a floor in trade lambs rates.

There was plenty of argy-bargy from domestic buyers all eager to secure numbers.

Generally, trade lambs across the board were firm to $7 cheaper, to average 949c/kg cwt.

The market for heavy lambs was considerably weaker, with rates falling $7-$18.

Bigger numbers of heavy lambs were offered at Bendigo on Monday when agents penned 26,887 lambs and 7780 sheep.

Most of these lambs weighed from 22-30kg carcase weight, according to National Livestock Reporting Service data.

There was a noticeable drop in buyer competition for heavy export lambs, with rates $17-$28 cheaper.

There was little interest in restocking lambs at Bendigo, with lambs suitable to turnout or fatten in feedlots selling to weak competition.

Meanwhile, mutton sold to erratic price trends as buyers struggled to find a price level for some categories.

Heavy lambs were up to $35 cheaper at Ballarat on Tuesday in a reduced offering of 28,875 head, and the quality was excellent.

While export lambs were cheaper, prices continued to dip as the sale progressed.

The story Race on to secure sheepmeat first appeared on Stock & Land.