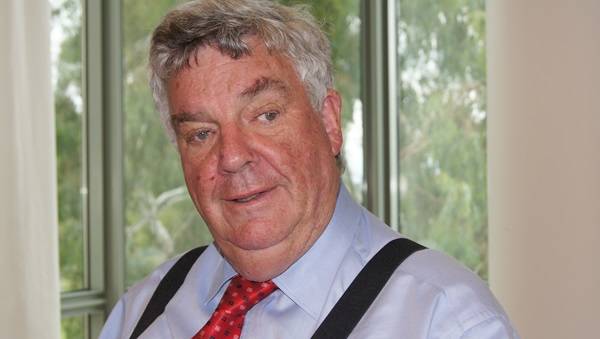 In the time of coronavirus, our public debates are rightly focused on the health of Australians and how we manage our economy through this major economic challenge.

When we overcome that challenge, as I know we will, I will be taking close interest in the next stage of our climate policy, especially as it affects the farm sector.

Twelve years ago, in 2008, I was the first politician to ask a question about Labor's first crack at a carbon tax, the Carbon Pollution Reduction Scheme.

I knew it was a bad idea, just as I knew the Renewable Energy Target would increase energy prices and make our energy grid more unstable.

Both those concerns have been realised. It's what happens when you force-feed an expensive, part-time and highly subsidised energy source into the grid.

No part of our economy has been immune from these impacts, including the agriculture sector. A study by the Australian Farm Institute in 2018 found the annual energy costs for the farm sector have grown to $5.8 billion annually.

So I was genuinely shocked when I heard that Labor and some parts of the business community have committed to a net zero emissions target by 2050, without the faintest idea of the economic impact, including on the farm sector. I was even more surprised to hear that Labor had given no consideration to excluding agriculture sector from the target.

There are two issues at stake here.

First, it will be impossible to shield the farm sector from the costs of higher energy costs.

One study by the International Energy Agency found that to achieve net zero emissions by 2060 (i.e. 10 years after Labor's target) would require a global carbon price per tonne of CO2 of about $US550, or $AUD 890 by 2060. That seems a distant prospect but the same study suggested that the global carbon price would need to be about $US100 ($AUD160) by 2030.

In a vast continent like Australia, where farmers must move stock and produce vast distances, a $160 per tonne carbon price would mean energy cost increases for the farm sector worth many billions of dollars.

Second, it will be extremely difficult, if not impossible, for the farm sector to eliminate livestock emissions.

That includes the agriculture sector that currently emits more than 70 million tonnes CO 2 per annum, mostly from livestock emissions.

That's not good news for the red meat sector that employs more than 430,000 Australians and provides protein to over 120 export destinations as well as 24 million Australian consumers.

I look forward to Labor explaining to our dairy and sheep producers why Australian agriculture should be eliminating its emissions when the New Zealand has exempted its farm sector from its target.

Under a zero emissions target, the most rational thing for dairy producers to do will be to move to New Zealand.

Labor argues that more than 70 countries have signed up or are seriously considering the target. But they won't tell you that the United Nations has pointed out that these countries only account for 11pc of global emissions.

They won't tell you that the three largest emitters, China, the US and India - which account for 50pc of global emissions - have no intention of signing up for this target.

They won't tell you that initial analysis by the United Kingdom Treasury has found that the target will cost that economy one trillion pounds ($AUD2 trillion).

And as a former paint brush salesman, I can tell you that a target like this will hit the Australian economy much harder than the UK. After all, we provide the world with resources, energy and food; the UK provides the world with bankers.

The farm sector knows that damage that climate change can wreak on the Australian economy, environment and the farm sector itself.

But the climate change policy debate is not helped by political parties and business groups making silly commitments to distant targets without any concept of how the targets could be met.

After watching his predecessor get punished for pursuing silly climate targets with no costings detail, I thought that Mr Albanese wouldn't make the same mistake. When someone loses five fingers off one hand in an industrial fan, they generally don't put the other hand in.