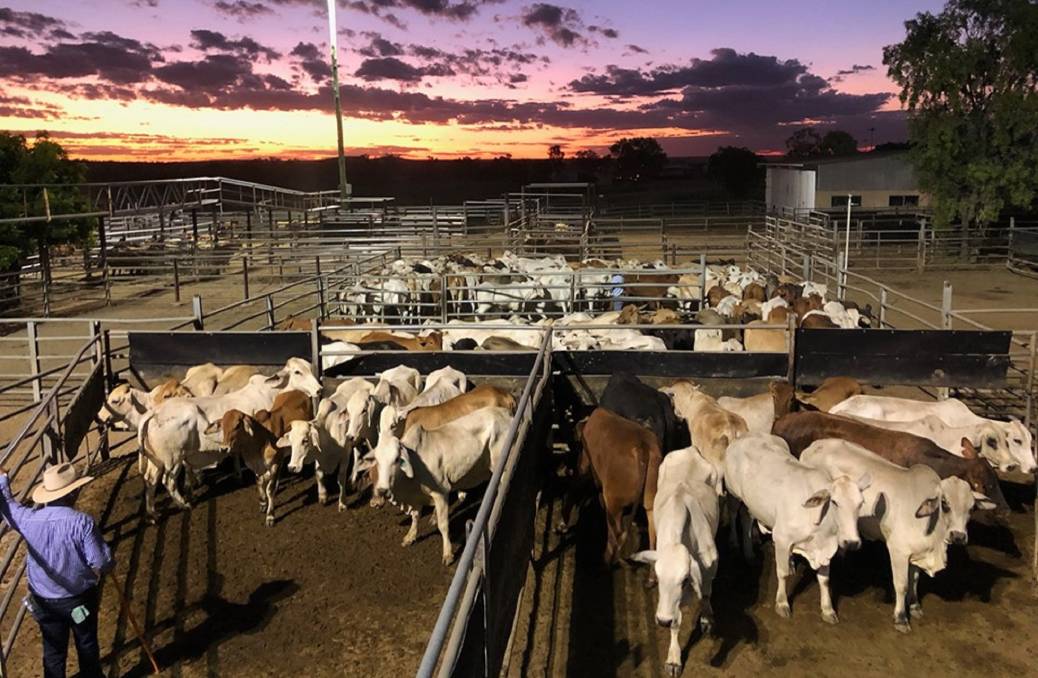 DESPITE a cooling in the big numbers coming forward for sale, cattle prices are dipping as restockers pause and processor unease about global demand kicks in.

Over the hooks prices have dropped by as much as 60 cents a kilogram in the past fortnight and analysts say that is starting to pull saleyard prices back.

The belief is, however, the ongoing strong domestic demand for red meat as consumers stockpile, combined with the ever tightening supply of cattle, will limit the market decline.

Meat & Livestock Australia has opted to temporarily suspend its Eastern Young Cattle Indicator given its livestock marketing officers have been held back from physically attending sales.

It is still publishing sale reports thanks to live streaming and data supplied and has created a set of amended indicators in live weight terms.

Feeder steers are currently sitting at 355 cents per kilogram live weight, a drop from 374c a week ago. Heavy steers are at 319c/kg, medium steers 317c, vealer steers 343c and yearling steers 343c. All dropped around 1 per cent on start-of-the-week prices.

Despite the drop in finished cattle prices, slaughter rates lifted 17 per cent nationally last week, with Queensland recording the biggest jump of 36 per cent to over 70,000 head.

While the food service game has been close to wiped out by isolation requirements, red meat is still marching off retail shelves, creating incentive for processors to keep shifts going despite the uncertain international situation.

In some areas, agents and consultants are advising producers to hold onto stock at the moment especially where seasonal conditions are good.

While domestic red meat demand is expected to remain elevated, it won't be at the panic buying level it currently is and the much-touted winter shortage of stock is looking even more severe following offloading of recent weeks.

That will mean those with cattle to market in winter can expect to sell onto a strong market.

At big cattle sales, numbers were back this week by as much as 25pc and it was generally reported there was a reduced field of feedlot and processor buyers.

The total head of cattle on offer through AuctionsPlus last week dropped by almost 2000 to see 28,852 sold.

Beef consultants say there has never been a more pertinent time for producers to closely monitor markets and assess the many different ways to sell livestock, be it in the paddock, at a saleyard, direct to processors or online.

There is plenty of commentary around the current situation being the catalyst to a major permanent shift to online and real-time streaming of livestock sales in Australia.

While saleyards have been declared an essential service and operators and agents are working furiously to ensure they can meet new social distancing measures, plenty of buyers across the spectrum say they won't be taking any health risks.

Processors said they were very concerned about the health and safety of their buyers, most of whom were in the older demographic, and had long been moving towards direct buying anyway.

Market analysts Mecardo reported processor margins are in the red to the tune of $75 a head.

Matt Dalgleish's latest article said beef export prices hit the skids during February and March and as such processors had been tentative in their approach to cattle markets.

Margins could improve into the next month, given the shine has been wiped off cattle markets and panic buying of red meat offshore, particularly in the United States, has seen the global beef price rebound, he said.

However, Mecardo's forecast for the annual average margin for 2020 still sits at a loss of around $60 per head of cattle processed.