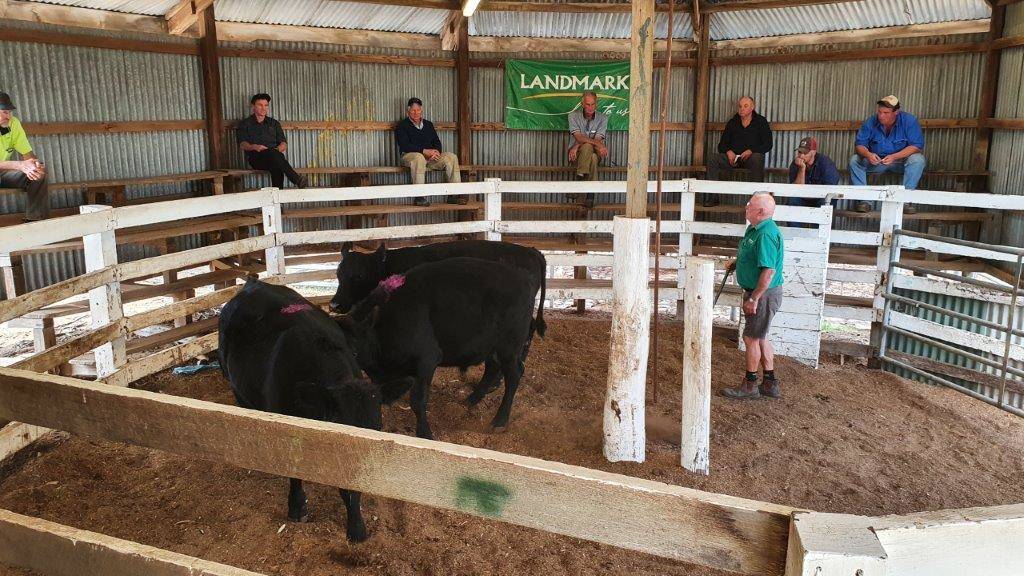 BID UP: A field of active buyers attended the Mt Pleasant market on Thursday last week.

NUMBERS were lighter - both in yarding and crowd - at the Mount Pleasant market on Thursday last week, but prices remained "fully firm" on recent sales for most categories.

NUMBERS were lighter - both in yarding and crowd - at the Mount Pleasant market on Thursday last week, but prices remained "fully firm" on recent sales for most categories.

"Lamb (prices) have come off a bit lately but overall it was still good," he said.

He said the best of the lambs sold very well, while it was the same in the cattle.

"Finished cattle or cattle with a bit of weight met good sale demand," he said.

Lambs made up the bulk of the offering, with 563 yarded.

A single lamb from DL&LK Pearson, Murray Bridge, also sold at that price.

A number of hoggets sold at $120, including three from Phillipa Rabbitt, Montacute, two from KH&DL Gore, Biggs Flatt, four from Nalpa Pastoral, Nalpa, and 26 from GE&FR Box, Murray Bridge.

Wethers also sold to $120, including four from G Howson, Birdwood, and one each from GD&DH Grieger, Swan Reach, Three Hills, Pewsey Vale, and RL Smith, Cambrai.

Three ewes from Robert Scarborough, Cherry Gardens, made the same price, as did a single ewe from Wirrealpa & Partners, Blinman.

A small offering of 27 steers reached a top of $1480 for one Murray Grey from RA Wenske, Nildottie.

JD Cawrse, Freeling, sold one Murray Grey heifer at $1180, as did RJ&KD Sibley.

The next market is scheduled for April 23.