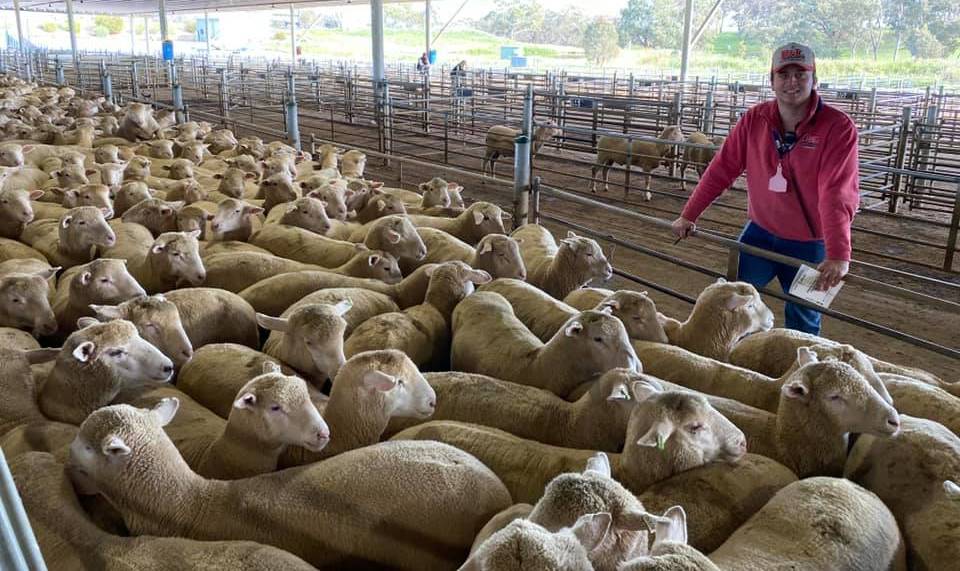 Prime lamb numbers across the state are dwindling

Prime lamb numbers across the state are dwindling as producers have sold their lambs earlier to take advantage of good prices instead of feeding them.

With the break in the season agents expect fewer lambs to come on the market.

The market at Forbes showed a very firm trend when 16,000 lambs of exceptional quality were yarded on Tuesday.

The trade lambs made from 830c/kg to 880c/kg and Mr Whitty said the top priced pen sold for $296 with estimated carcase weight at 36kg.

"I think numbers are going to be low going forward," he said.

"Obviously the heavy lambs being fed will still come through, but with the break in the season a lot of lighter lambs will be held back to finish on grass. So I think it will be quiet for some time and we are continually monitoring what is happening in America."

Only 520 lambs were penned at Inverell on Tuesday when heavy lambs sold to $232, with MLA reporting those weights showing a dearer trend on last sale.

At Corowa, the Easter break meant no sale this week, and Paull and Scollard Nutrien agent Richard Wynne, didn't expect many super heavy lambs would be available at future sales.

"We will have a lot of lambs coming through weighing about 27kg to 28kg," he said.

"But we are starting to finish the season and I only expect about 3000 to 4000 lambs will be available."

Mr Wynne was confident prices could get dearer as the supply got tight.

Heavy lambs were cheaper with a top price of $225 at Carcoar on Wednesday, while trade lambs were firm and keenly sought, according to Ben Emms, Ray White Emms Mooney, Blayney.

The Wednesday sale at Yass reported 3120 lambs penned and Cameron Rosser, Delta Ag, quoted heavy lambs "a little bit cheaper" with a top of $250 for 32kg.

The story Heavy lamb in limited supply first appeared on The Land.