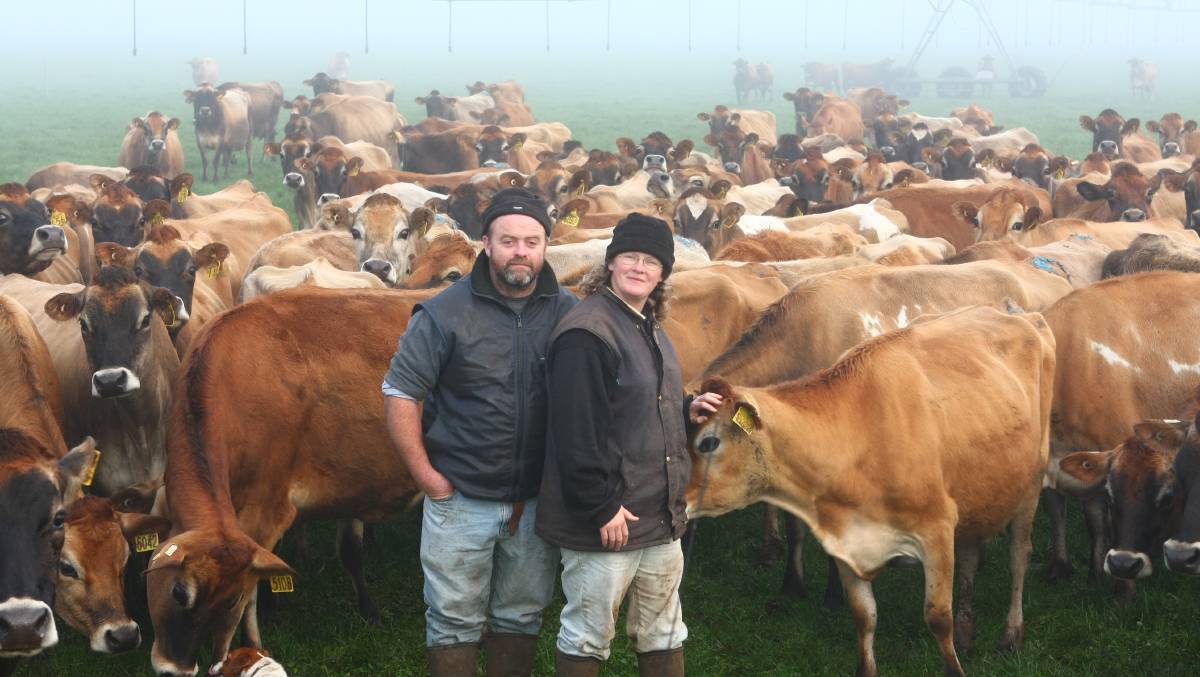 Dairy farmer Con Glennen believes there is no such thing as the perfect cow but he wants to take advantage of all the genomic advantages that DairyBio research can deliver.

Dairy farmer Con Glennen believes there is no such thing as the perfect cow but he wants to take advantage of all the genomic advantages that DairyBio research can deliver.

Mr Glennen with wife Michelle and two sons farms at Noorat in south-western Victoria on 200 hectares, milking 400 cows in a 40-unit rotary dairy.

He was one of the first farmers to join DairyBio's Ginfo group dedicated to genetic improvement and herd testing.

"Ours was the second herd in Ginfo so we were very early adopters," Mr Glennen said.

"I thought with the early research that my kids might get something out of it in future but we're seeing the results now.

"I've always believed in the numbers, and these are a better set of numbers (from DairyBio)."

DairyBio's animal performance is focused on improving the reliability of genetic evaluations that use DNA markers (called genomics), delivering priority traits (such as calving ease and gestation length), developing new and improved traits (such as mastitis resistance), and developing methods to predict the merit of cattle of multiple breeds.

Mr Glennen said he had used DNA testing to identify issues in a group of heifers and had applied improved Australian Breeding Values (ABVs) to correct some minor mastitis traits.

"We've never had a big problem with mastitis but we used the ABVs to correct that trait by the fourth and fifth daughter," he said.

"Our fertility is improving as well, and we've had a top five breeding herd in Australia for the past 15 years."

Mr Glennen credits his two dairy farming uncles with instilling the family's passion for herd genetics. His uncles are 85 and 90 years-old respectively and still "kicking about" in farm life.

"I started milking in 1992 to help out my uncle when he needed a heart operation and I've never looked back," he said.

"We've had a family focus on genetics for over 100 years. We focus on what we do well, and sub-contract out everything else."

I thought with the early research that my kids might get something out of it in future but we're seeing the results now. - Con Glennen

Dairy Australia's director major innovations and DairyBio co-director Kevin Argyle said genomics were being extensively adopted by dairy farmers, not only as a tool to evaluate young bulls but to test the merit of individual cows.

"We're working with DataGene to strengthen these applications by developing a more robust test of an animal's merit and using more cow records to focus on traits that can be improved," Mr Argyle said.

Mr Glennen said genetics was not an exact science but the work of DairyBio was important to the future of the industry.

"It's very important that the research is done right, so we need to keep a thumb on it," he said.

"Knowledge is power. Just bring it!"