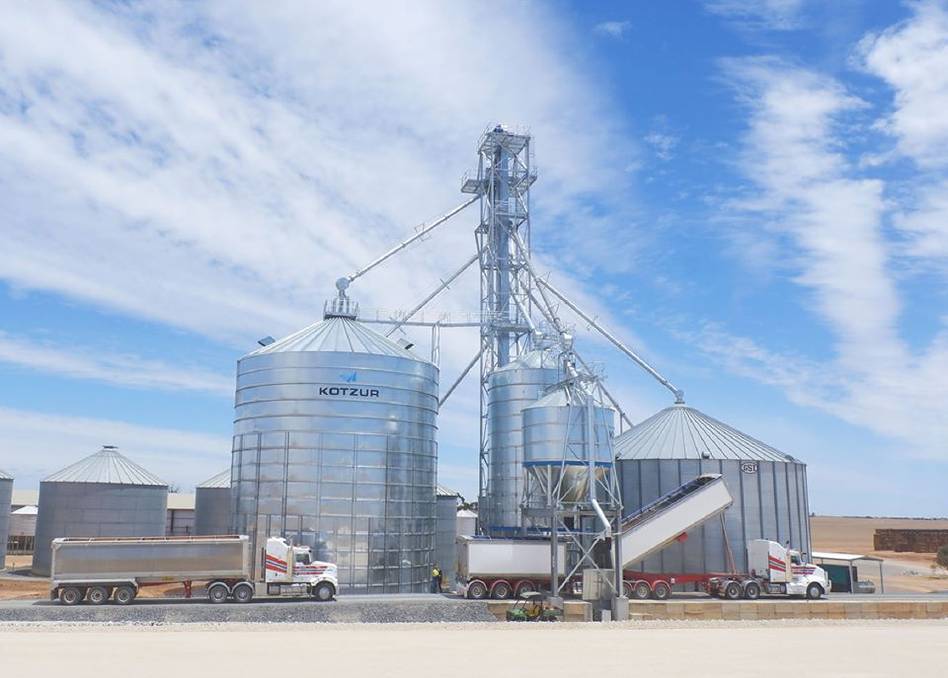 NEW STORAGE: Mott Farming, situated in the Victorian Mallee near Speed, has invested significantly in its grain storage facilities, allowing the business to load a road train in about six minutes.

Cropping about 13,000 hectares near Speed in the Victorian Mallee, the Mott family have invested significantly in their grain storage facilities over the years, allowing them to load a road train in about six minutes.

"Its nice and wet here, and we have about eight days left of sowing," he said.

"Its looking like a good grain year over most parts of the country."

While the business had been strategically using grain storage for about 40 years, Mr Mott said last year they decided to add to their existing facilities aiming to increase grain handling efficiency and ease of use.

"Kotzur also designed a pit and elevator tower that incorporated our existing system. Previously we were using augers and moving silo to silo. The new system incorporates the old and makes it a lot more usable."

"We unload into 10,000 tonnes of segregated storage all via the one pit," he said.

"You push a button on the touch screen and it will go to the silo you have chosen, the same with out-loading, it comes out via a 105 tonne garner bin. Our trucks are all out-loading at the one site, it takes about six minutes to load a 58 tonne payload on a road train."

"We can bring silos into the one garner bin if we want to blend grain to a certain specification," he said.

Mr Mott said Kotzur, along with the help of a local electrician, had set the system to run from a three-phase generator and computer control system.

"We just push a button and type in the amount we want loaded," he said.

Mr Mott said the family had been working on improving their grain storage for almost 40 years and they weren't finished yet.