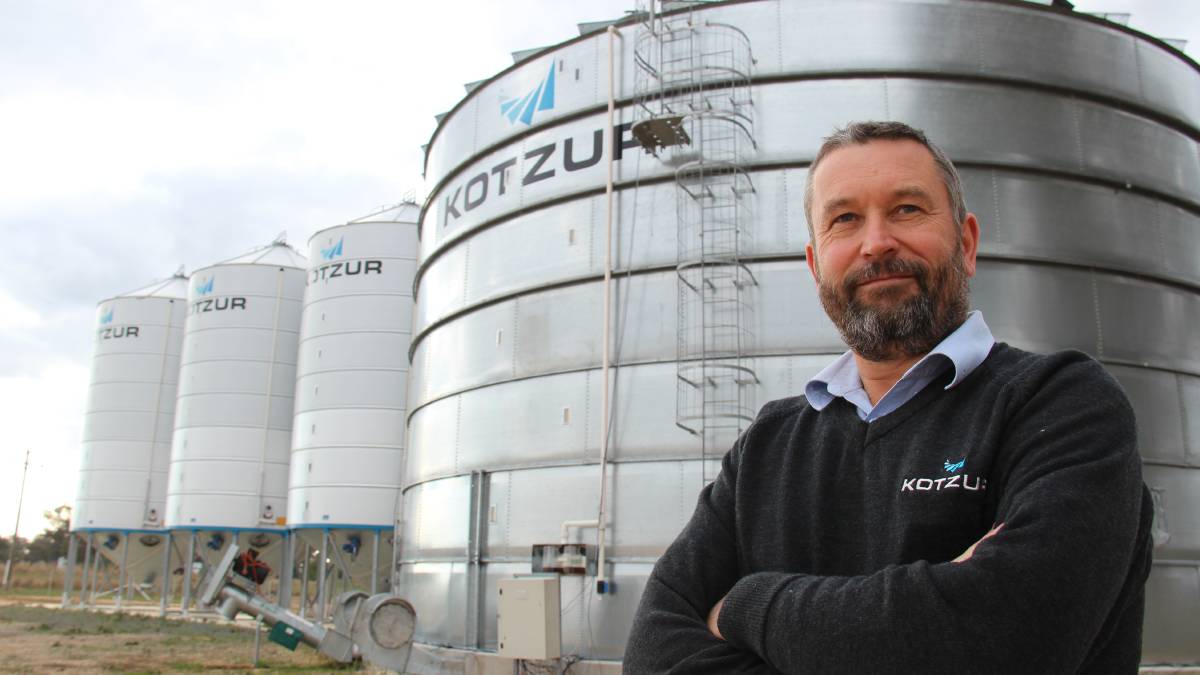 STRONG DEMAND: Kotzur managing director Andrew Kotzur said the company was still taking orders but looking at how they can step-up to meet demand.

Grain storage manufacturers are reporting a surge in demand.

The Federal Government's instant asset-write off has been identified as a significant driver of the recent uptick in farm plant and equipment sales.

Combined with favourable sowing conditions across much of the eastern grain-belt, harvest equipment and plant are proving particularly popular, with multiple companies reporting a surge in inquiry and sales.

Australia's largest home-grown silo company Kotzur said they have had a busy start to the year and are ramping up production at the Walla Walla NSW manufacturing facility.

Managing director Andrew Kotzur said the company was still taking orders but looking at how they can step-up to meet demand.

"It's a nice challenge to have," he said.

"We maintained a workload over the drought, but our client base was more concentrated to areas which had received some rain.

"We are seeing a significant increase in the demand for on-farm grain storage.

"There is no doubt the government policies in this area have certainly helped."

While incumbent tax schemes for water, fencing and fodder storage have been in place for a number of years, Mr Kotzur said the Federal Government's instant asset write-off scheme filled a gap for grain farmers looking to upgrade silos.

"If the government is looking for people and industries to drive the economy, they can look no further than farmers and primary producers," he said.

Not all farmers believe their purchase decisions have been influenced by the government stimulus packages, with other factors, such as harvest logistics and uncertainty around market pricing weighing into decision making.

Victorian Mallee farmer Murray Mott, who significantly upgraded his grain storage facilities last year and is currently adding another 2,700 tonne Kotzur silo to the complex, said tax incentives were not a driver in his decision making process.

"We don't buy or sell for tax reasons, we sell our grain when the price is right and buy stuff when we need it, we purchased our system for efficiency gains," he said.

Increased to $150,000, the instant asset write-off is available for eligible items acquired and installed ready for use before June 30.