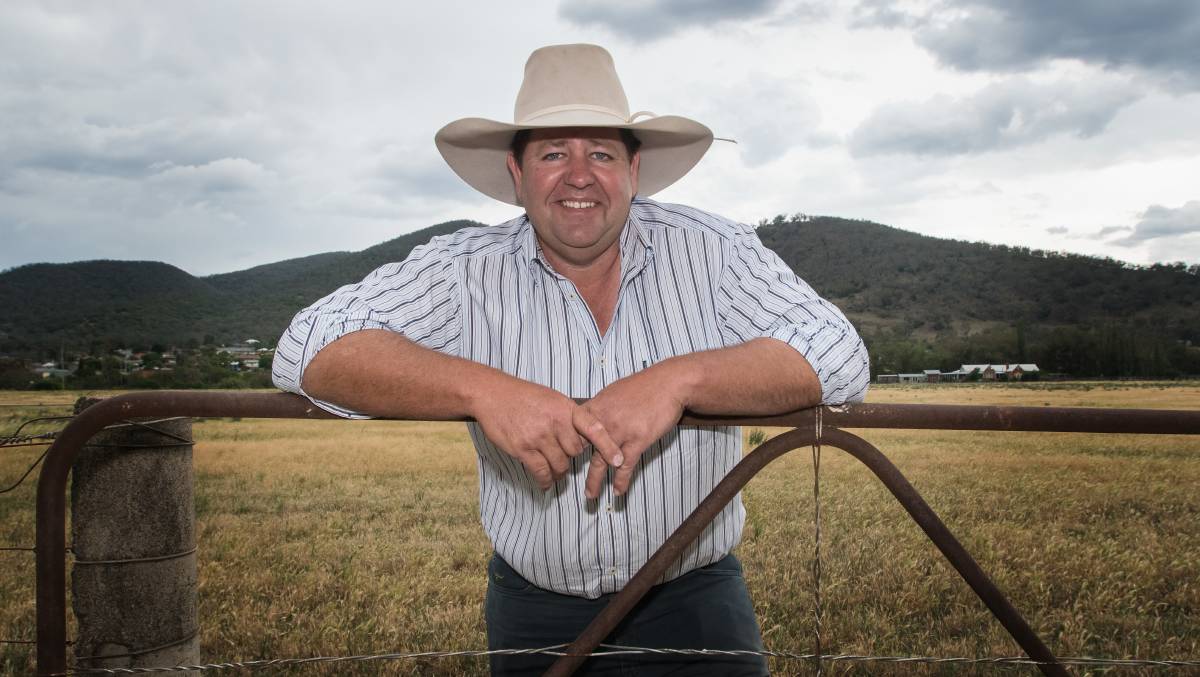 Peter Mailler is a third generation grain and cattle farmer on the NSW/Queensland border.

Gauge columnist Peter Mailler says the public is increasingly demanding a right to safe, affordable food without recognising that they also have an obligation the ensure that those who produce it are appropriately rewarded.

The world is certainly a paradise for anyone looking for an issue to express an opinion about this week, but I want to take a different approach.

Rather than trotting out my take on the barley tariffs issue and the complete insanity that is diplomacy with China by media, I thought I would try to foster a discussion on an earlier opinion published in The Gauge section and constructively contest some ideas around an issue that I think goes to the core of how the agricultural sector presents itself to the rest of the country.

A few weeks ago I read Sharon O'Keeffe-Single's "Thanks, but no thanks" article in the gauge. I have known Sharon for many years and regard her as a friend, so I am comfortable that we can discuss issues robustly without fear of personal slight.

Sharon's article explained why she felt farmers shouldn't ask to be thanked for the work they do.

On the face of it I probably agree with the idea that people shouldn't undertake a task of their own volition and then ask or expect someone else to thank them for it. It is kind of shallow and self-serving after all.

Sharon outlined the rewards from her vocation that meant she didn't need any additional thanks. She even suggests that if we aren't happy with the reward we perceive in our work, monetary or emotional, we can always go and do something else that does make us happy rather than demanding greater appreciation by asking to be thanked.

I agree with the sentiment, but there is an underlying issue here. While we as individuals do not have to farm, the reality is that someone has to farm. Society will not function if everyone decides that life on the farm isn't rewarding enough.

It is at this point that Sharon's article and the ideas she has shared become contentious.

As I have said, I don't expect people in the street to stop and thank me for being farmer. That would be ridiculous.

However, I do expect that people generally value the importance of the agricultural enterprise that I am a part of and that they ensure that the monetary reward ensures people like me will continue to invest themselves and their money in it.

The reality is that being thanked, or any of the other intangible rewards that an individual may perceive, for being a farmer will never substitute for the most basic reward of the genuine potential for prosperity.

Many Australians have a profound belief that they have a right to safe affordable food.

This is born out of affluence and a long history of export surpluses.

In my experience when people start asserting their rights without any sense of obligation it usually means they want someone else to forego their rights.

This means that without a purposeful intervention the opportunity for comparative prosperity for the agricultural enterprise declines as that society's overall wealth increases.

Simply the rewards for being a farmer will diminish over time.

Looking forward there are increasing challenges facing the sector and like it or not no amount of talking it up gets around a declining terms of trade, increasing production volatility due to climate change and the resultant measurable and ongoing decline in profitability.

I would argue that farming is a business and it is a social imperative too. It is unique, not because of our own lifestyle aspirations, but because society can not function without someone feeding it.

The challenge is that people increasingly perceive they have a right to safe affordable food without recognising that they also have an obligation the ensure that those who produce it are appropriately rewarded.

So while I agree with Sharon that individually we shouldn't be asking for thanks, collectively and as a sector of society we must continually fight for an equitable reward to ensure a viable and prosperous future for farmers collectively and for the sake of society generally.

Due to human nature, as observed by Ernst Engel way back in the 1800s, we will need to ask for it and with increasing ardour.

- Peter Mailler is a third generation grain and cattle farmer on the NSW/Queensland border.