A change in landholder demographics and subsequent drop in participation in pest-control programs led to wild dogs becoming a significant productivity barrier for some farmers in the Central Tablelands region.

However, electric exclusion fences, alongside extensive aerial and ground baiting programs are helping to turn things around.

From 2013 to 2017, wild dogs were such a large problem that the Healey's lambing percentage dropped from around 90 per cent to as low as 30 per cent.

But, the implementation of an electric exclusion fence around the property saw lamb marking rates return to 83 per cent last year.

"We've completed 20 kilometres of fencing, it was a huge job but we've got it done," Jodie Healey said.

Mrs Healey said their farm had been in her husband's family since the 1850s, but it was only in recent years that they began to have a problem with wild dogs.

"The number of sheep in our area has dropped dramatically, when you're the only one of your neighbours running sheep you become a bigger target for the dogs," she said.

The Healeys tried to combat the dog problem by setting trail cameras and traps, and participating in baiting programs.

"We've had up to a dozen or more cameras on the property," she said.

Mr Healey was also president of the Turon Wild Dog Association at its inception in 2013.

The group was set up to encourage other landholders to become involved in wild dog control. But, it's been the electric fence which has had the big impact. 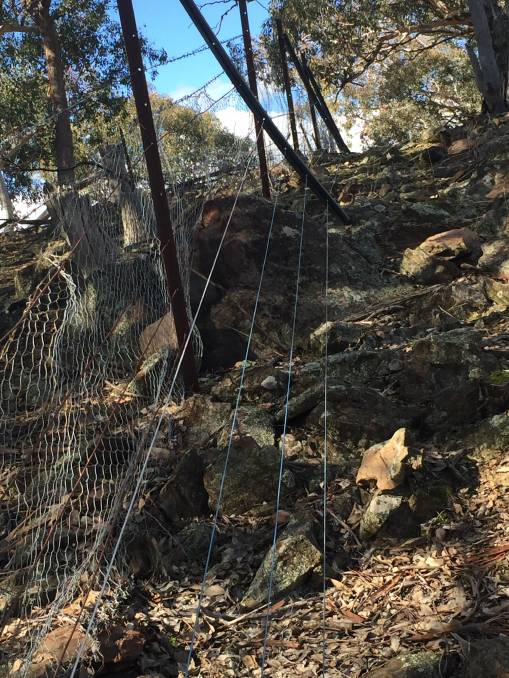 The Healeys' Gallagher Westonfence with plastic droppers. The four wires run on a 45 degree angle off the existing fence. Photo supplied.

"After meeting with Karen Miller, Branch Manager of Bathurst Agwest, Brenden Ryan, Gallagher Territory manager of Central NSW and Paul Gibb, LLS in early March 2019 we decided that the electric fence was the way to go," Mrs Healey said.

The fence is a Gallagher Westonfence with plastic droppers and was partially funded by Central Tablelands LLS.

"The droppers are on a 45 degree angle off our existing fence, with four wires low to the ground," Ms Healey said.

The Healeys started working on the fence last May as a whole family project.

"Our country is quite rugged and steep in some spots so it's been no mean feat," she said.

"There was a lot of manual clearing and putting in tracks so we could actually get to the fence."

Given the intensifying drought last year they were also flat out feeding sheep.

"We were so busy that there were times where we could go months and not have done anything on the fence," Mrs Healey said.

"When we started out, our main idea was to get our back corner done before lambing last year because that was where we were losing most of our lambs."

The huge results they saw from just having part of the fence completed spurred them on and they finished the whole fence a few weeks ago. 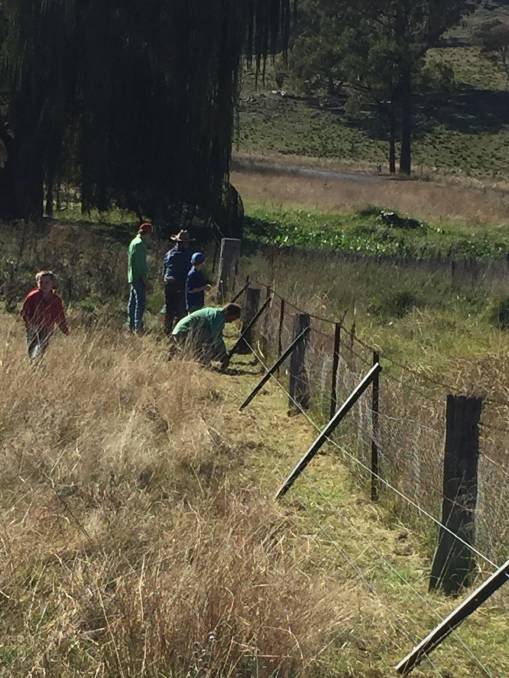 Putting up the 20km fence was a whole family affair over a 12-month period. Photo supplied.

"LLS ran a program where people could apply for funding assistance to put a fence up, the uptake in our region has been terrific," Mr Gibb said.

He said despite individual landholders achieving impressive results from implementing fences, it didn't address the number of wild dogs in the region.

"The large uptake of exclusion fences is showing that if we can't get widespread community participation in pest control, people will look to do what they need to look after their own business," he said.

"That's fair enough, it's their livelihood and they need to be able to protect it.

"But, while the fences are great for the individual concerned, it doesn't address the ongoing problem of the animals outside the wire.

"The wild dogs are not going away and we still need to get more people participating in the baiting programs."

The story Wild dogs fenced out first appeared on The Land.