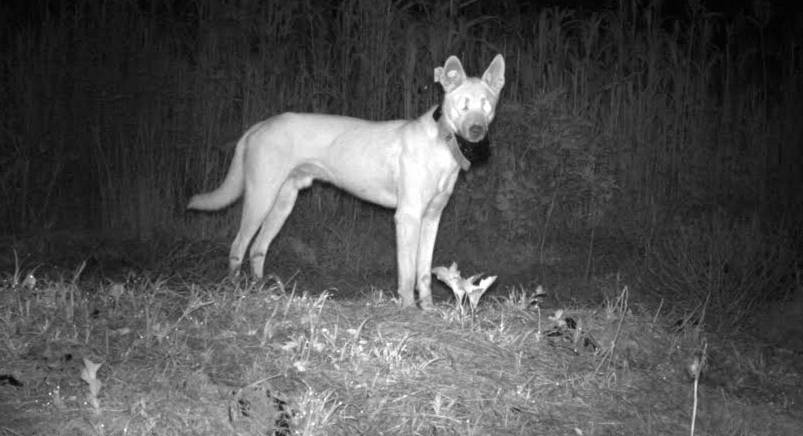 NEW research shows 1080 delivered at a rate of 40 baits per linear kilometre will successfully eliminate more than 90 per cent of wild dogs.

The NSW research was conducted at the request of the Australian Pesticides and Veterinary Medicines Authority, which needed scientific data to support the APVMA bait rate.

In 2008 the APVMA reduced the aerial 1080 baiting rate to manage wild dogs in regional NSW from 40 baits to 10 baits per kilometre, following a national review.

NSW DPI principal research scientist Peter Fleming said after conducting one of the largest, long-term projects of its kind there was scientific evidence to support a rate of 40 baits per linear kilometre.

From 2007 to 2013, 132 wild dogs were trapped and fitted with GPS collars, and tracked before and after baiting in north-eastern NSW.

The study compared the two bait rates by quantifying the mortality rate of wild dogs in aerial baiting areas. Success was measured by the number of GPS-collared dogs which did not survive the baiting.

"We are confident in recommending aerial baiting at a rate of 40 baits per linear kilometre to effectively minimise wild dog numbers in areas where they impact on the environment and community along the Great Dividing Range."

Wild dogs have a major negative impact on agriculture, native wildlife, the environment and community.

The story How to kill 90pc of wild dogs first appeared on Queensland Country Life.