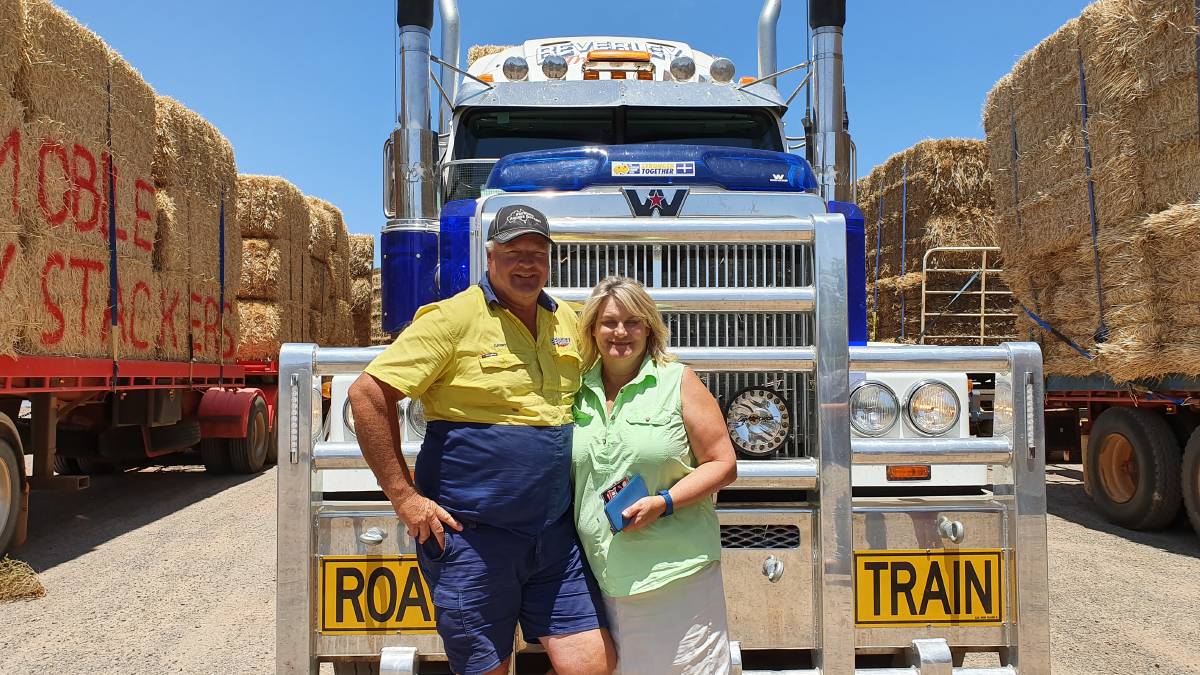 Garry and Sarah Miller farm in Beverley and sowed their entire 1500 hectare program to barley this year.

"I'm absolutely gutted, but it's a long way to harvest and hopefully someone will be able to find other markets, but it's a big hole to fill," Beverley grower Garry Miller said.

GROWERS around the State are shocked and worried by China's decision to impose tariffs on Australian barley.

Beverley farmer Garry Miller went all in on barley this year, sowing his entire 1500 hectare program to the crop.

"I've got all my eggs in one basket this year, so I'm not going to lie, I'm a bit concerned," Mr Miller said.

"It's a big hit on our cash-flow if prices stay where they are, this has knocked about $50 off the price so it's really not the best news to wake up to.

"Honestly I'm kicking myself that we didn't lock more away when it was at $280 per tonne, but everything is easier in hindsight."

Newdegate and Lake King grower Bob Iffla planned to plant 7000 hectares of barley, with 5000ha already in the ground, but when the news of the potential tariffs was announced two weeks ago, he stopped.

"We decided to go ahead with seeding wheat until we heard the final decision because we could always swing away from the wheat and back to barley if it didn't happen, but now the tariffs have been imposed, it's very unlikely we'll go back to barley," Mr Iffla said.

"I find it really unfair because we have agreed to deliver a lot of products to China, we buy chemicals, fertiliser and parts off them and in exchange we sell them grain, wool and meat.

"China has been screaming out for food security and I can't see how imposing tariffs on us will help enhance that."

If Mr Iffla planted the whole 7000ha and the price of barley dropped by about $60 because of the tariffs, he calculated he would lose just over $1 million.

Mr Miller said he was bewildered by the decision and couldn't see how China could believe Australia was dumping barley.

"They're saying we've been propped up by the government and dumped barley on them, well that's just bulldust because the only subsidy we get is a little rebate on our diesel.

"I'm absolutely gutted, but it's a long way to harvest and hopefully someone will be able to find other markets, but it's a big hole to fill.

"We're in a better position than we were last year, we got a bit of summer rain and there's already crop out of the ground, so hopefully yield will make up for any decline in price."

The story Decision will be costly for WA farmers first appeared on Farm Weekly.