What's happening in agribusiness? Here's a quick look at what some of the players have been doing.

The full-spectrum cannabidiol (CBD) medicine sold under the Canndeo brand is this first such product made entirely in Australia using cannabis sourced from the company's Queensland cultivation facility at Bundaberg, and manufactured at Southport on the Gold Coast.

THC's medical and clinical affairs team, CanndeoCare, will support doctors, pharmacists, and other healthcare professionals in the prescription of these medicines. Australian fuel brand Ampol will return to service stations and fuel distribution business after two decades in the wings following a decision by Caltex Australia to quit the internationally-known star branding.

Caltex service stations run by the listed Caltex Australia are using that brand name under a licence deal with US energy giant Chevron, which ends in 2022.

Ampol, which merged with the local Caltex business in 1995, was originally the Australian Motorists Petrol Company, formed in 1935.

Although the name phased out in Australia after the merger, it continued in Singapore where Caltex Australia has an overseas trading arm from where it imports fuel into Australia.

The revived Ampol brand will be seen in Sydney and Melbourne later this year, with a national roll out following in 2021.

Australian-owned honey and tea tree oil producer Meluka Australia has launched its branded bio-fermented honey and lemon concentrate range in the US.

Despite the COVID-19 outbreak affecting many local manufacturers, sales abroad have continued to grow. 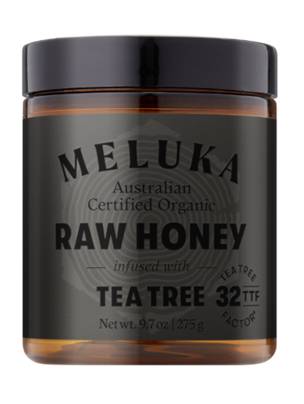 Meluka Australia chief executive officer Ben Rohr said the popularity of the bio-fermented probiotic honey range had enabled it to gain foothold in the US market.

Meluka Australia, a subsidiary of Eve Investments, is one of the top 10 honey sellers on Amazon.

"Meluka was founded on the vision of creating quality healing tea tree and honey-based products that use the best natural ingredients," Ben Rohr said.

"During COVID-19, in particular, there's been a real appetite for premium products sourced in sustainable and ethical ways to help preserve our environment."

Maher on GoFarm board He was Incitec Pivot's chief financial officer for six years, then managing director for eight, until late 2017. "Incitec Pivot transformed from a domestically-focused Australian fertiliser co-operative to become a global diversified industrial chemicals company operating in 13 countries, with market capitalisation growing from $4 billion to $7b during his time at the company," Sir Henry said.

He is also on the board of energy infrastructure business APA Group, chairman of Manufacturing Australia and Osteon Medical, and Vice-Chancellor Fellow at La Trobe University.

Bega Cheese director and Dairy Australia chairman Jeff Odgers has resigned from the milk and grocery products business following the recent death of his 23-year-old son Jonathan when a silo collapsed on their northern Victorian farm where the family milks about 750 cows.

Mr Odgers (pictured) also took temporary leave of absence from his Dairy Australia role after the March 22 accident at Mooroopna. He has been a Bega director since the company listed publicly in 2011, having previously joined the board of Bega subsidiary Tatura Milk Industries in 2009.

"Jeff has been a wonderful contributor to the success of Bega Cheese and his knowledge of the industry from local on-farm issues to the global market have been invaluable to the company," said executive chairman, Barry Irvin.

"We were very saddened by the loss Jeff and his family have suffered and have offered our support and sympathies in these difficult times."

A search has begun to fill the board's supplier director vacancy.

Meat and Livestock Australia has three non-executive director positions to fill on its board and needs applications by June 12.

The skills-based board has nine directors nominated via a selection committee and appointed for a three-year term at MLA annual general meetings.

Candidates with extensive skills and experience in Australian beef production, including northern production systems, or sheepmeat production, and financial, audit and risk framework oversight are being sought this year.

They must have a genuine interest in, and a broad understanding of, the Australian red meat and livestock industry, strong business acumen, financial literacy, a sound understanding of good governance and communication skills.

The Victorian Farmers Federation wants governments to develop an agriculture investment strategy which can incentivise Australian superannuation funds to invest in "our bulletproof" farm sector. President David Jochinke (pictured) said COVID-19 highlighted the need to rebalance the industry's investment strategies including the level of foreign interest in agriculture.

"VFF, government and superannuation funds should work together on a investment strategy that turbocharges super fund investment in farms and the agriculture supply chain more broadly," he said.

Australian super funds invested around $1.8 billion or just 0.2 per cent of their portfolio in agriculture, yet it represented a real investment opportunity, with the right policy settings, to build supply chains, grow market networks and support farm businesses with strategic technology, capital, research and development and education spending.