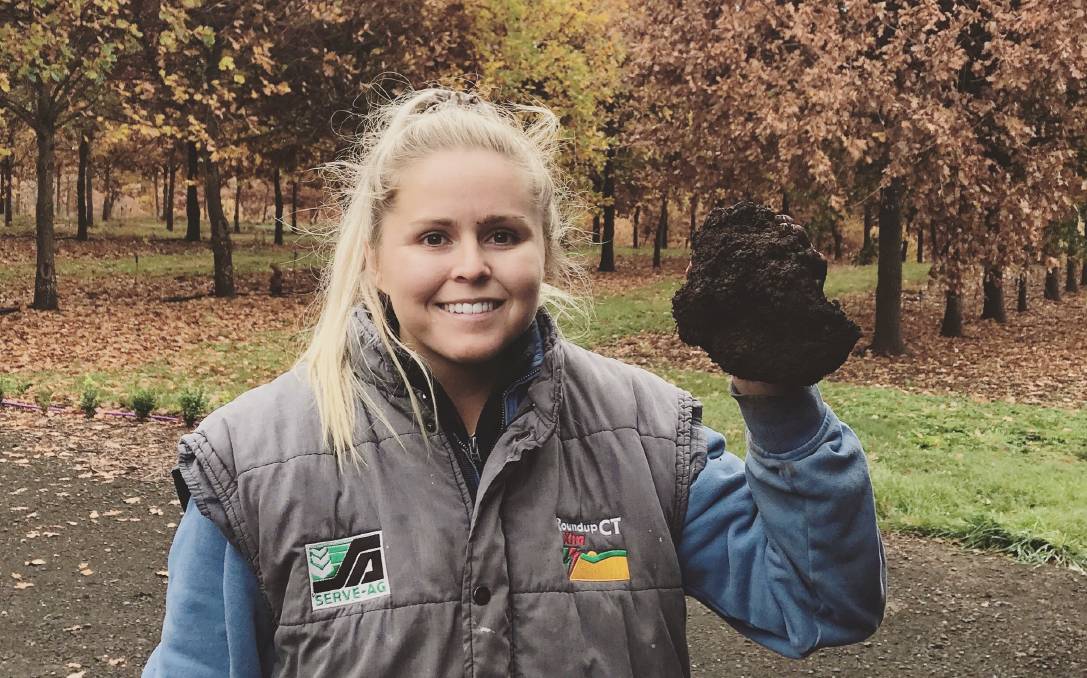 Truffle farmer Anna Terry has unearthed what may be the largest truffle found at the Deloraine farm.

Truffle farmer Anna Terry has unearthed what may be the largest truffle found at the Deloraine, Tas, farm.

Ms Terry dug up the 910-gram truffle during her harvest hunt last Wednesday. Most truffles only grow to between 30 and 60 grams.

Unfortunately, the truffle will end up in other Tasmanian Truffles products as the impacts of COVID-19 mean that there is no market for the unusually large specimen.

"Usually when we dig a large one up, there are markets for us, they can be sent for auction in either Hong Kong or Japan, but with COVID restrictions no one is buying them," she said.

Ms Terry said the whopper was the largest truffle she had ever seen on their farm, and it took her about 20 minutes to dig it out.a

"On the surface, it looked like it was going to be a nice golf ball size one, but I soon realised that it was much bigger," she said.

Tasmanian Truffles rose to fame in 2018 when Henry Terry appeared on My Kitchen Rules. Henry and his sister Anna competed the following year on the competition.

Ms Terry said they were continuing to harvest truffles and were about to end their summer season but had to divert product to avenues such as their truffle oil and balsamic truffle vinegar due to COVID-19.

Tasmanian Truffles' major markets include restaurants in Tasmania and across the world.

In the state, their major source of domestic buyers is at Salamanca Market, which they used to attend weekly before COVID restrictions came into effect.

Ms Terry said harvest had to continue despite this and they were diverting some of the product to their online store.

"We have to get them [the truffles] out of the ground regardless, they can't stay there until next season because they will rot, so we have been harvesting as normal," he said.

The winter truffle season is about to start, and Ms Terry said that product was already in the ground, but winter temperatures had not quite hit the sweet spot yet.

"We have had one frost, but we are hoping to get a couple more, we think we will be ready to start harvesting in a couple of weeks.

She said they were also aiming to have their truffle tours back and running with COVID restrictions in place in a fortnight, and urged Tasmanians to holiday at home.

"We'd love to see more Tasmanians come and do a tour."