Don Heatley, Jock Laurie on what the landmark judgement says to governments

THOSE on the front line of dealing with the businesses and lives ripped apart by the Gillard Government ban on live cattle exports to Indonesia in 2011 have long said the damage was all the more worse for the fact the decision was unwarranted.

Now that a monumental Federal Court ruling has found the ban was indeed reckless and invalid, even capricious, they may feel vindicated but there is little sentiment that the battle is over.

Justice Steven Rares' damning ruling that then agriculture minister Joe Ludwig's decision to introduce the total ban amounted to misfeasance - that is misuse of power in public office - is being called a watershed moment for the live export industry.

It will send a clear message to governments that to act on impulse, and in response to campaigns mounted by minority groups, is very, very unwise, says experienced industry leaders Don Heatley OAM and Jock Laurie.

With his wife and sons, Mr Heatley runs a breeding and fattening operation at Byrne Valley Station, south east of Townsville. He was chairman of Meat & Livestock Australia at the time of the ban and Mr Laurie, who produces lamb and beef in northern NSW, was president of the National Farmers Federation. 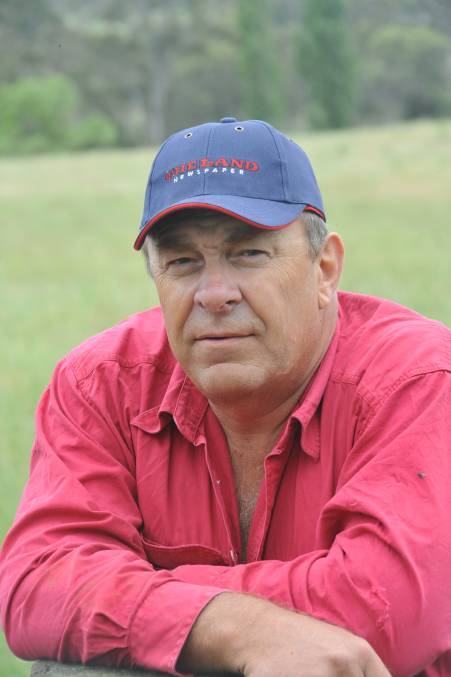 The two were heavily involved in advocating for another way forward in 2011 and Mr Heatley gave evidence in the court case.

He said then, and today, there were other options that would deliver the same animal welfare outcomes without such devastating consequences to a legitimate industry.

Justice Rares agreed and now the lead litigants in a class action against Mr Ludwig and the Commonwealth, the Northern Territory's Brett Cattle Company, will be compensated, likely in the hundreds of millions.

While Mr Heatley describes the judgement as a "hard fought, well won victory for the industry" there is clearly some hesitancy in his voice when he talks about whether the same thing could ever happen again.

"Let's be realistic - minority groups achieve way more than their fair share of media attention and there are times governments feel very nervous about meeting their demands," he said.

"If an industry is judged and managed at arm's length by animal welfare groups, that is an enormous fight it has on its hands.

"When governments or ministers choose to take that advice over good sound pragmatic advice, it's very dangerous.

"When clear, sensible, science-based, pragmatic exceptions can be made, governments ought to listen."

In handing down his finding, Justice Rares painted a picture of a minister very clear on the devastating ramifications of a total ban, and the alternative options available.

He referred many times to closed loop systems, which require each animal to be tagged before export so as to ensure that it can be traced and stays within the system at all times up to its slaughter.

Justice Rares said Mr Heatley and Mr Laurie had informed the minister there were already around five supply chains in Indonesia, such as Elders which had a world class abattoir, and could achieve OIE (World Organisation for Animal Health) standards very quickly if they did not already do so.

A total of 25 facilities could do so within two weeks.

Justice Rares: "(Mr Heatley) told the minister that, based on his experience, there were sovereignty issues in Indonesia related to Australia seeking to impose its will on the Indonesian Government or industry. Mr Heatley said he did not believe that Indonesia would accept a cessation of trade very well. The minister said to him 'your social licence is lost'." Mr Heatley this week said nobody in the cattle industry condoned the animal welfare issues that occurred at the time.

"But at the end of the day, the industry was not given an opportunity to overcome the issue," he said.

"A total suspension at such extremely short notice damaged this industry so badly - I've never before or since seen an industry so damaged so quickly by an unwarranted action.

"The process at the time was brutal on people in the cattle business. People were so badly hurt financially, mentally - in many forms.

"It's not a government's role to treat an industry that way, to evoke that sort of action when there were clearly alternatives."

Jock Laurie said the judgement should challenge governments of all persuasions not to be intimidated by groups that mount campaigns and bully politicians.

"One of the purposes of pursuing this case was industry sending the message that if governments shut down any sector, agriculture will take action," he said.

"All industry wants is fair, considered decision making. With huge investments tied up in businesses, we can not be in a position where emotive campaigns launched by minority groups rule decision making.

"It has now been proven the government in this case did not deal with the issue on its merits but on popular politics."

Asked whether the judgement would protect agriculture from damaging knee-jerk reactions in the future, Mr Laurie said: "None of us can speak to the mindset of politicians at any given time. But we now have a precedent-setting case to rely on so politicians can be assured if another dumb decision like this one is ever made, they will be pursued."

Mr Laurie said the ruling would make a huge difference to agricultural industries across Australia.

He paid tribute to the Northern Territory Cattlemen's Association, particularly Tracey Hayes and Luke Bowen, whom he said drove the case for many long years.

"The agriculture community now needs to find ways to add value to the decision to protect their livelihood into the future," he said.

Mr Laurie did issue one warning to agricultural lobby groups.

"We have seen before that when court cases don't go their way, governments look to change legislation to protect themselves. It's something we now have to be mindful of," he said.