New era of profitability if you can get your productivity investments right.

A new playing field in the beef game where returns for cattle are matching or beating increases in costs is opening the door for solid profitability boosts where productivity can be improved.

Those able to make prudent and ongoing investments in productivity will capitalise most on the new dynamics.

This is a major takeaway from one of the cattle industry's key pieces of analysis, The Australian Beef Report: 2020 Vision, due to be released this month.

An independent assessment of the financial and production performance of family-owned beef businesses in Australia collated by long-serving consultants Phil Holmes and Ian McLean, the 2020 report follows the first version released three years ago.

The initial version touched on the fact that declining terms of trade in agriculture, known as the cost-price squeeze, appeared to be pausing but Mr McLean said the authors were confident in saying terms of trade had now actually turned around for beef producers. 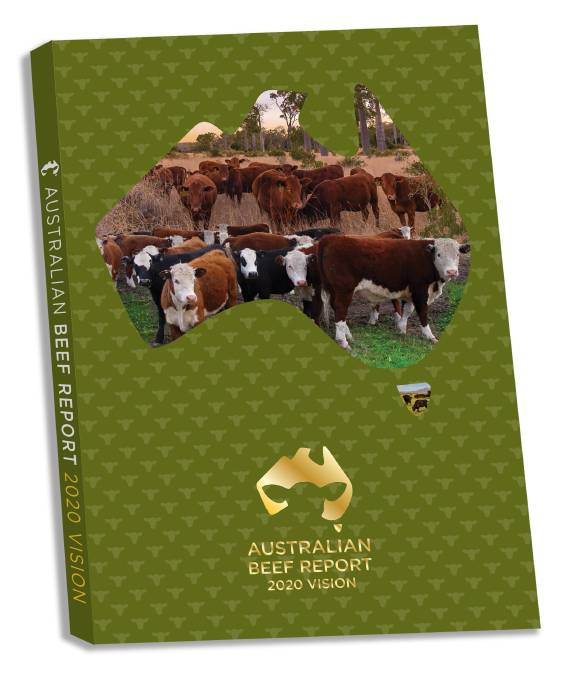 Declining terms of trade has been a familiar story across agriculture as production becomes more efficient on the back of new technologies and farming techniques.

The Beef Report explains the historical phenomenon can be attributed to extraordinary productivity growth in food production outstripping population growth, leading to a decline in real food prices.

Mr McLean said the unique position the beef industry now finds itself in means if producers make investments that improve their overall productivity - such as more animals, less labour, less costs - then it will be more likely to help their bottom line rather than being required just to stay ahead of declining terms of trade.

But the consultants say it is critical a detailed cost benefit analysis be done on investments, as occurs in other industries, before capital is allocated.

"The investment needs to be ongoing, in good years and bad," Mr McLean said.

"Producers who lock up their cheque book in bad years often miss out by not positioning themselves for the good years.

"Similarly those who spend money in good years just to reduce their tax bill are constraining long-term wealth creation."

There was definitely untapped potential, however.

"Improving productivity - not through bigger animals, but through having herds that produce more beef for every unit of grass eaten - is a big area of potential generally, but particularly in the north," Mr McLean said.

Any investment that improves labour efficiency was also usually worthwhile, he said.

Asked if the increased profitability factor opens the doors to new entrants in the beef industry, Mr McLean said it may - but that would be a problem.

"New entrants to the industry are driving up land prices," he said.

Land prices that are too high are discussed in the report, with the authors explaining they reduce profitability as an increase in asset value without an increase in profits reduces return on assets.

The 2020 Beef Report contains a 'pastoral panel' chapter with the hard-won knowledge of some of the wise heads in the industry and insight into how they think and how they approach decision making, business and life.

There is also a dedicated chapter on the effective utilisation and preservation of the natural resource base, with insights into how to best manage the resource base for production, profitability and sustainability.

Other findings in the report:

ALSO IN BEEF: Export volumes down in line with tight cattle supply