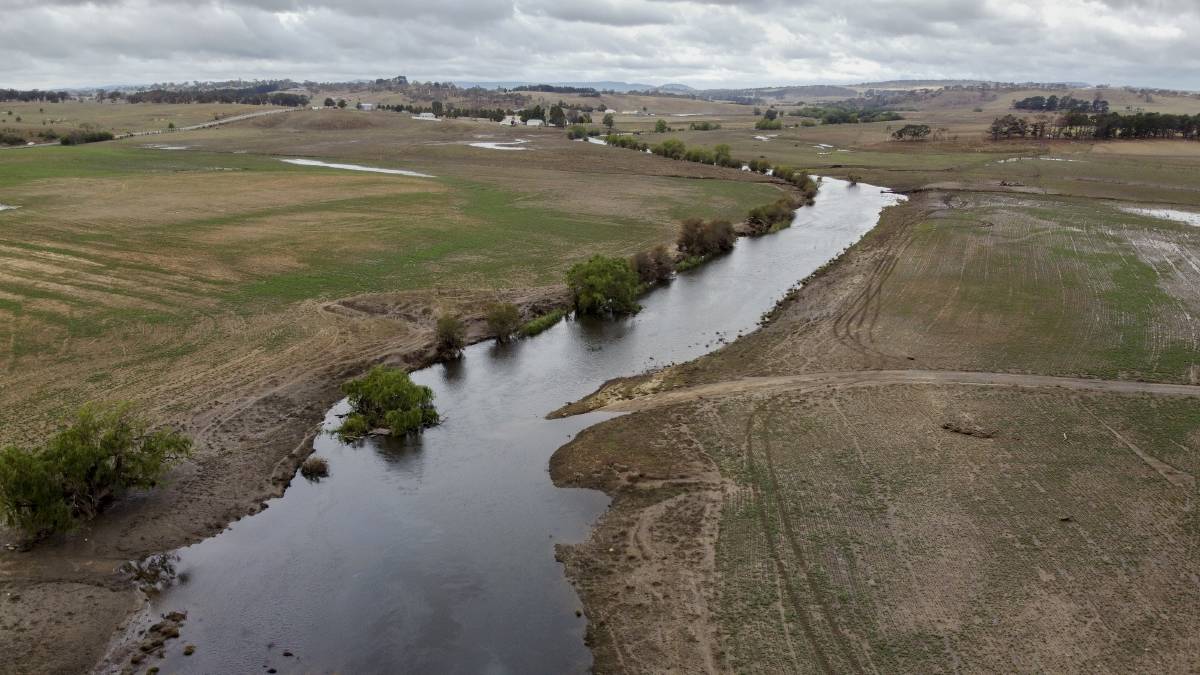 STEADY: Progress on the plan remains steady, however a number of projects need to get a wriggle on to avoid major delays. Photo: Sitthixay Ditthavong

Progress on the plan remains steady, however a number of projects need to get a wriggle on to avoid major delays.

The progress of the Murray Darling Basin Plan's roll out remains steady in 2020, the latest six-monthly report card reveals.

The progress of the plan's six main elements are consistent with the last report, which was released by the Murray Darling Basin Authority (MDBA) at the end of 2019.

The only change is to the NSW Water resource plans, which had fallen so far behind it was added as an additional seventh element so it would not drag down the other state's scorecard.

It has been bumped up from "at risk of delay" to "some progress", after NSW submitted 11 groundwater plans to the MDBA, and promised to submit the remaining plans by the end of June.

MDBA chief executive Phillip Glyde said despite a challenging start to 2020, the mid-year report card reveals governments were on track with many of their commitments.

But he warned greater effort was needed to ensure agreed on-ground projects were completed by 2024 as planned.

"Of the 36 on-ground projects to modernise the river, 30 have progressed or are complete, while six are not on track and are at significant risk of delay," Mr Glyde said.

"These are significant, multi-million-dollar projects, that require extensive consultation with landholders and communities, but some projects have taken longer than originally expected." 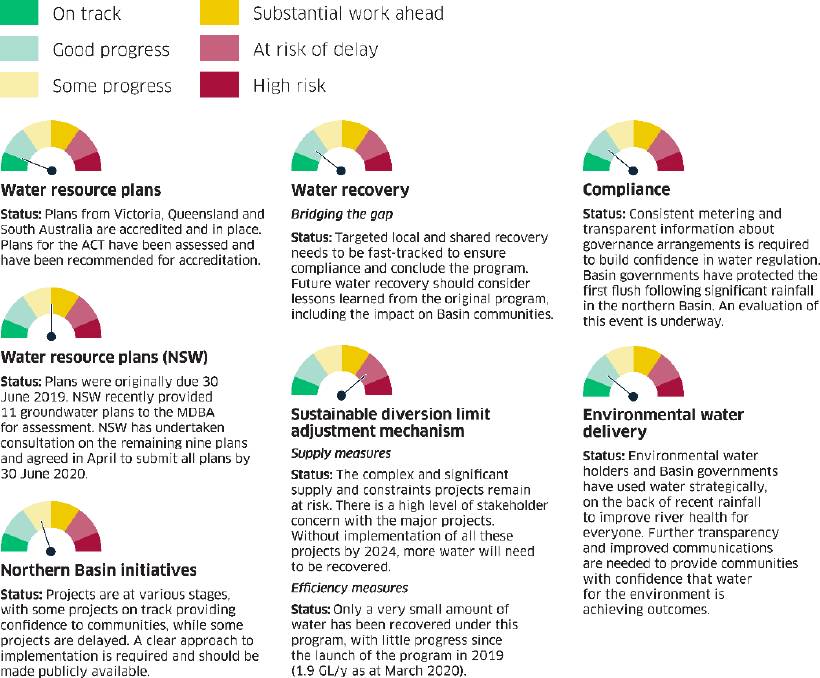 While most of the water for the environment has been recovered, progress on the remaining 450GL by 2024 under the sustainable diversion limit adjustment mechanism has been slow.

Environmental water holders have used what water they have strategically, off the back of recent rains, to improve the river health.

"We encourage e-water holders to share more widely the outcomes of these watering events to build confidence in the community," Mr Gylde said.

The states are generally on track with their commitments in the Basin Compliance Compact, but progress with metering and measuring water extracted in the northern basin is slow and uneven.

"Robust and transparent compliance measures like metering and monitoring are key to building confidence that water users are doing the right thing and the states need to show more willingness to act in this area," Mr Glyde said.

"We know communities want timely updates on the progress of the basin plan which is why we keep an eye on how each element is tracking and communicate this progress openly and transparently.

"We also know from our conversations with some communities in the basin, that the scale and pace of change is hard to maintain, and there are a range of factors influencing that change. On top of that, the water market is behaving strongly and also driving change in these communities."