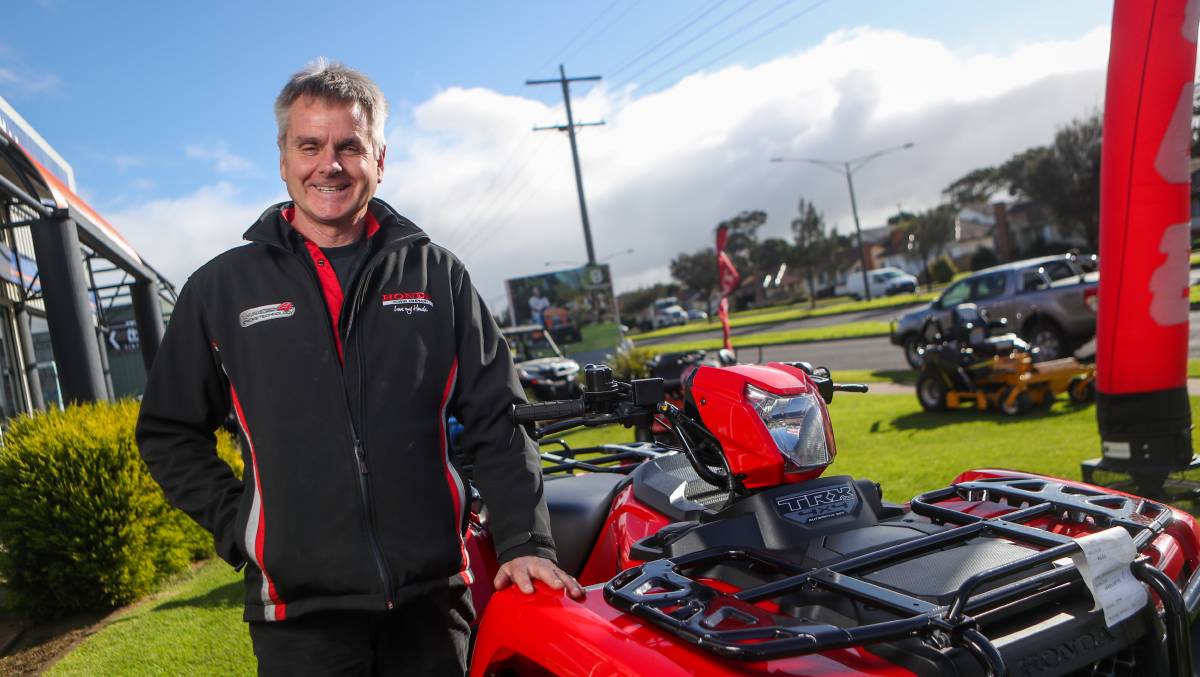 Some leading farmers fear new safety rules on quad bikes might force them out of the Australian market.

Concern is growing that new safety rules from October next year will lead to the eventual disappearance of quad bikes from Australian farms.

Major manufacturers Honda, Yamaha and Polaris have announced the new regulations will force them from the Australian market.

Other manufacturers, including CFMoto this week, have declared they will meet the new standards and are in the market for the long haul.

From October 11, 2021, new quad bikes (all-terrain vehicles) will have to meet minimum stability requirements and have rollover protection devices fitted.

A lateral stability hang tag will have to be attached to new quad bikes from October 11 this year with information for buyers about the minimum angle the quad bike tipped sideways onto two wheels.

The crackdown on quad bike safety by the Federal Government followed a spate of deaths, including a number of children, involving the machines during the past decade.

There have been at least 128 fatalities from 2011-18 and the Australian Competition and Consumer Commission estimated that six people presented to an emergency department each day and two of them were admitted to hospital with serious injuries.

However quad bikes are highly manoeuvrable and cost-effective for farm jobs like mustering stock and can handle hilly terrain and boggy conditions.

They can also be easily loaded onto trailers, along with other essential tools and dogs, and pulled to jobs.

Paul O'Connor, a director of a major mixed farming business based at Oxton Park, Harden, NSW, said he opposed the new rules.

He said he didn't want to sugar-coat the potential dangers when quad bikes were ridden inappropriately. Children and farm visitors should be kept off them

He said his family business had been using them for more than 30 years and they remained an important tool.

Side-by-sides were more expensive than quads and didn't have their portability or manouevrability, he said.

"I don't believe manufacturers should be forced into fitting a piece of equipment onto their bike unless they think it is in the best interests of the bike and the person buying it," he said.

"At the moment if I buy a quad bike and I want to fit an after-market device then that is as it should be. I cannot see any good reason to legislate against this freedom of choice.

"Because the manufacturers are going to be forced into fitting one of these devices before they can legally sell them in Australia they have announced that under these conditions they will have no choice other than to pull out of supplying the Australian market which I am led to believe is around 20,000 bikes per year.

"That's a lot of farmers that are going to be disadvantaged in the future.

"As an Australian farmer who has used quad bikes for many years I am more than capable of making up my own mind in this situation.

"The only thing that is being achieved from this piece of legislation is that Australian farmers will no longer be able to purchase a quad bike in the future.

"There are some jobs on the farm that a quad bike is the best piece of equipment available to do a particular job.

"Apparently the NFF have been instrumental in lobbying the Federal Government to legislate for this to become the law. Possibly well meaning but a very poor outcome in my opinion.

"I think this piece of legislation will only make things more difficult for Australian farmers."

Meanwhile Georgina Gubbins, a farmer at Heywood in south west Victoria, has told Claire Quirk of the Warrnambool Standard that productivity in the region would take a hit if quad bikes were no longer available on the Australian market.

"We need to find a solution without them withdrawing from the market because in our rainfall area we're going to be stuffed without ATVs," she said.

"The side-by-sides will just get bogged in our environment. It's just a joke and it's very disappointing the Victorian Farmers Federation's stance on this.

"Yes we do have to reduce deaths on farm, nobody is disputing that.

"There has to be a solution among all of this, the VFF have said 'well put roll bars on', well we've got them on ours and we get caught on trees."

The Standard hasreported local farmers were buying multiple quad bikes and dealerships were running out of stock with manufacturers set to pull out of the Australian market.

Ms Gubbins said she wanted to see data that showed what age groups and types of bikes that had been involved in farm deaths.

Philip Russell, from Philip Russell Motorcycles in Warrnambool, said they had no quad bikes to sell with the last one selling at the end of May.

"Our next stock will be next year if we actually get stock," he said. "It's 25 to 30 per cent of our business gone straight out of the door."