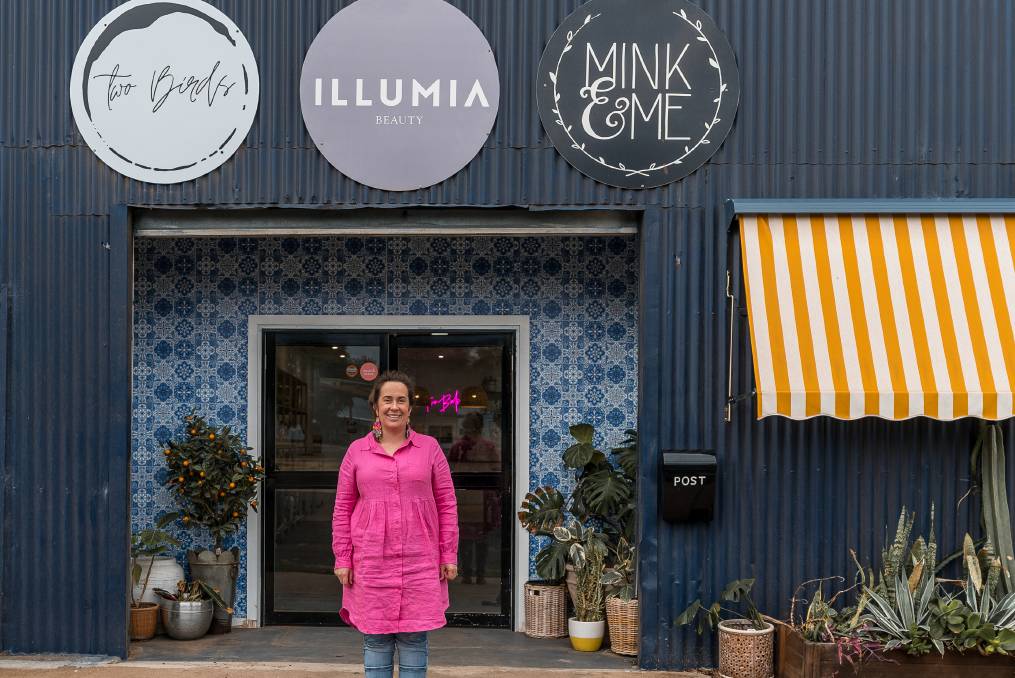 Game changer: Mink and me owner Lucy Moss is one of the business operators in regional areas who has seen sales soar since the launch of Buy from the Bush. Photo contributed.

Buy from the Bush's stunning impact on rural businesses - including mink and me - has been revealed by a new report.

On average those businesses experienced a "300 per cent sales uplift" within one month of being featured and one in five hired new workers.

The results are contained in a newly-released economic impact evaluation by AlphaBeta Australia, commissioned by Buy from the Bush and Facebook Australia.

The campaign, which gained 100,000 followers within its first month, was founded by Grace Brennan of Warren.

One of its success stories is Coonamble boutique mink and me, which saw its revenue grow almost five-fold in the weeks after the launch of Buy from the Bush.

Prior to Buy from the Bush, her online shopfront accounted for 20 per cent of her revenue, but then rose to as high as 65 per cent in the last quarter of 2019, she said.

"We had to take on new staff, because before that, I was pretty much it, as a one-woman show," Mrs Moss said.

"I employed up to six staff casually, over that period, once the Buy from the Bush phenomenon kicked in, just to keep up with the orders. It's been life-changing." Mrs Brennan said it was exciting to share the research, which illustrated the impact of Buy From The Bush on individuals, businesses and communities.

"It has changed lives.

"With ongoing investment I believe Buy from the Bush has the potential to significantly improve economic and social outcomes for rural Australia in the long term."

"The research announced today highlights how social platforms have helped to level the playing field for bush businesses. It can send a message of hope during these challenging times for small business owners across the country, especially those impacted by bushfires and COVID-19.

"Something as simple as a social media post can help business owners connect with customers across town, across the country or even in other countries."

The story Buy from the Bush delivers $5 million sales to small businesses first appeared on The Canberra Times.