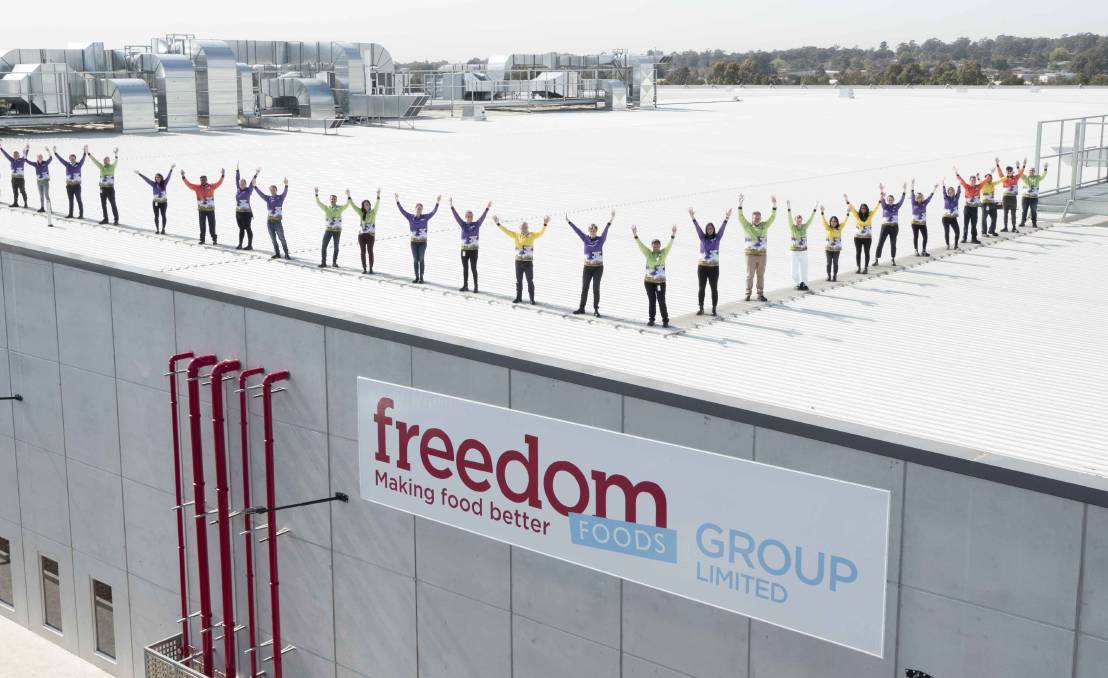 Listed dairy cereals and snacks company Freedom Foods is in crisis management mode with its long-time managing director on leave and a board investigation finding a trail of unexpected debts, revenue shortfalls and outdated inventory.

Freedom's board has initiated major management shuffles this week, with chairman, Perry Gunner taking over as executive chairman and commercial director Brendan Radford appointed as acting chief executive officer while managing director Rory Macleod is on leave pending a further announcement next week.

Corporate development general manager Stephanie Graham will be acting CFO while a permanent replacement is evaluated.

The company is not in a position to make any further comment at this time in relation to the employment position of Rory McLeod - Perry Gunner, Freedom Foods executive chairman

The sudden ructions and subsequent rumours sent Freedom's share price into mid-week tailspin, falling from $3.56 on Monday to $3 when trading halted.

"The company is not in a position to make any further comment at this time in relation to the employment position of Rory Macleod," Mr Gunner said on Thursday night. 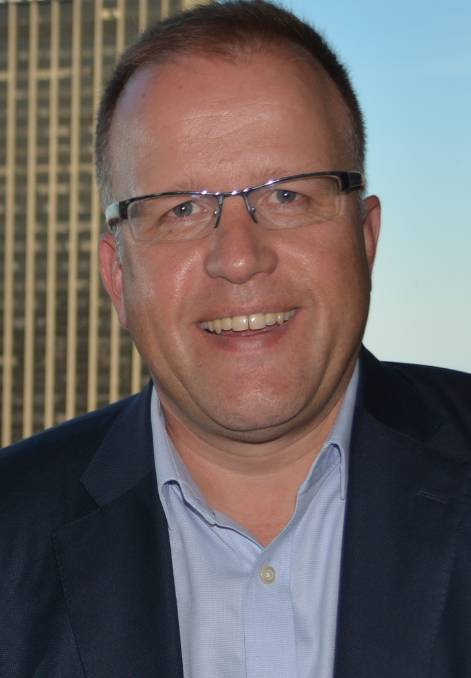 However, the board, which includes three members of the successful dairy farming Perich family from Leppington Pastoral Company, has revealed "some redundancies" flagged in late May at Freedom's Shepparton milk processing plant in northern Victoria, have now blown out to 61 terminated positions, but mostly from the company's corporate and group service teams.

At the same time a revised estimate of write-downs to reflect provisions for obsolete and out of date stock and product withdrawals has taken the total for the financial year to about $60m after an initial $25m estimate on May 29 for an write-down blew out by another $35m.

Another check was also underway into a finished goods inventory of product held outside Australia, which in May was valued at $2m.

That write-down investigation related to obsolete and out of date stock dating back to 2017.

Product which was expected to be recovered from reprocessing inventory was now considered unlikely to be realised because of the costs, time commitments and reprocessing risks involved.

"The revised estimate is subject to further analysis, year-end processes and an audit as part of the 2019-20 financial year results," a statement from Mr Gunner advised.

"The company has also become aware that the initial estimate did not include inventory write-offs related to product withdrawals and accounting matters relating to costs of goods carried forward as a capital item that should have been included as a cost of sales."

Meanwhile, provision for doubtful debts, estimated to total about $4m in May, was now likely to be a negative adjustment on earnings before interest tax depreciation and amortisation of $14m after a recent review of revenue and doubtful debt provisioning.

A share offer to staff will also cost the company almost $6m.

Freedom Foods Group began life processing the Australia's Own range of UHT soy, rice and other plant-based products in the 1980s. 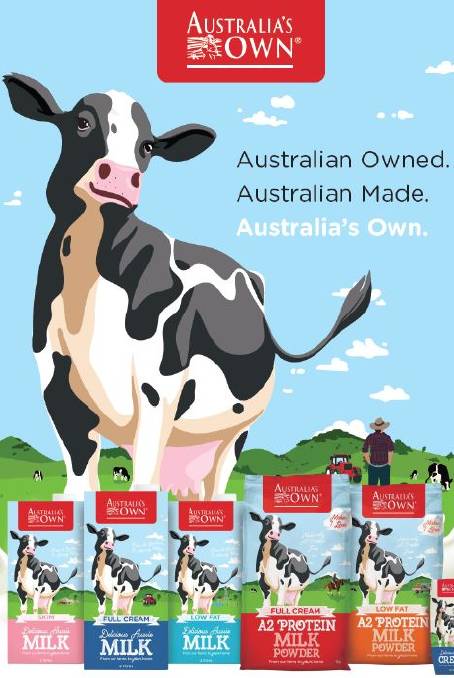 Under Mr Macleod's leadership it has grown to be a major exporter, with liquid product processing plants in Shepparton and Sydney, a breakfast cereal operation in Dandenong, Victoria, a snack food factory at Leeton in southern NSW, and another dry goods plant further west at Darlington Point.

Apart from the flagship Freedom and Australia's Own brands, it also makes the Heritage Mill and Arnold's Farm cereal range and the popular Asian market seller, Kid's Milk.

Its shares had been worth as much as $5.50 each in mid March before coronavirus complications rattled the sharemarket market, disrupted Freedom's sales and prompted the company to cancel any dividend payments for the year.

Freedom, which early this week had a market capitalisation of about $830m, is 52pc owned by the Perich family which became shareholders 15 years ago. 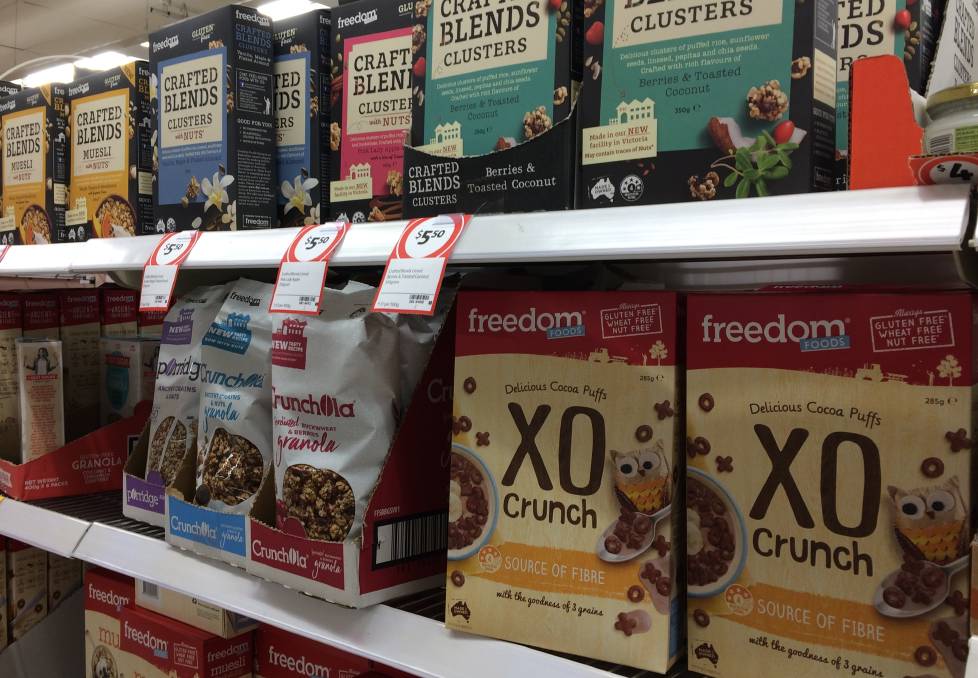 In its May trading update, Freedom warned sales were being "materially impacted" in the out-of-home retail channel, which had fallen significantly below forecasts as distributors de-stocked and the COVID-19 lockdowns forced many food outlets to close.

Mr Macleod said the company was reshaping its operational footprint to increase efficiency.

However, he reassured shareholders its unique scale, diversification of activities, strong brands and local food production capacity were important hedges against the adverse impacts of the coronavirus recession.

He reported increasing demand and customer enquiry and strong signals about opportunities for the company as COVID-19 uncertainties receded.

That message was reaffirmed this week by Mr Gunner who said the company was seeing increasing demand and customer enquiry for its key brands with an emphasis on dairy, nutritional lines and plant beverages.

The company's majority stakeholding Perich family has also committed to providing "ongoing support for the company's development and capital requirements as they arise".