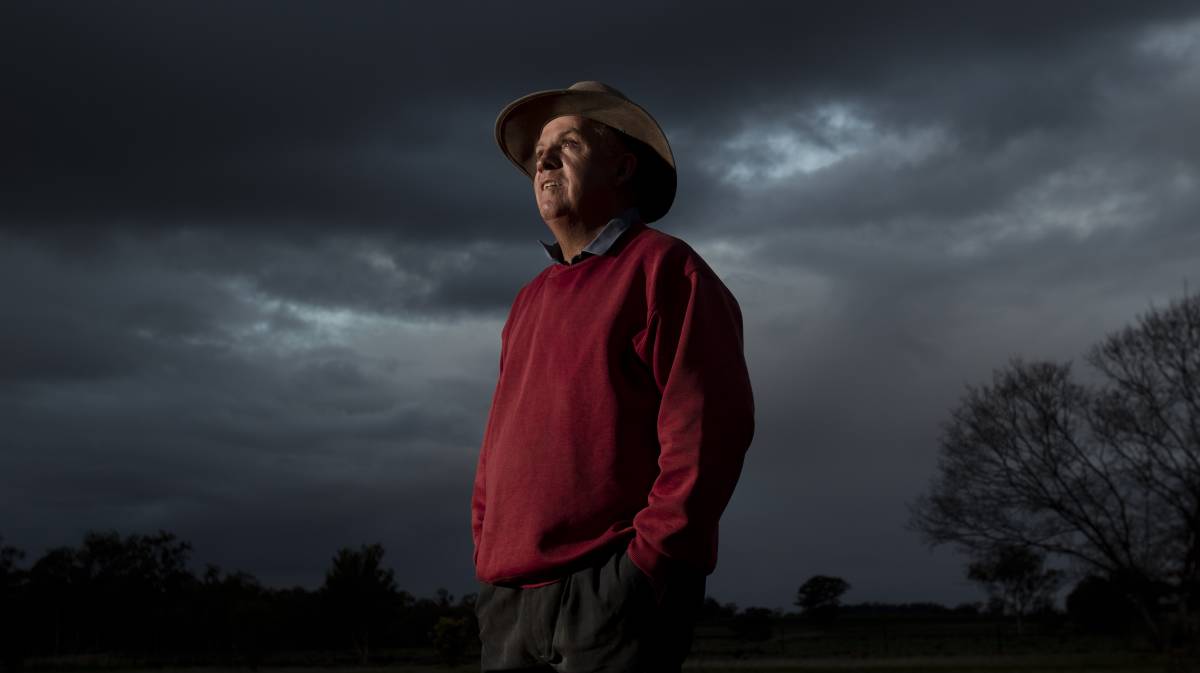 Marking 100 years of the Nationals: In part 3 of this special report, we look at if the Nationals can maintain their relevance in a crowded rural political landscape.

THE Nationals celebrate 100 years as a federal party in 2020, an achievement few political organisations can lay claim to.

Yet as the party marks the auspicious occasion, it finds itself in an increasingly crowded regional political landscape.

It faces Pauline Hanson's One Nation and Bob Katter's Australia Party in Queensland, the Shooters, Fishers and Farmers in NSW and the rise of independents in Victoria.

The specifics of the parties may vary, but the theme does not - all claim to fill a void left in regional Australia by the Nationals' complacency.

With so many voices competing for the same space, and more importantly, the same votes, can the Nationals maintain their relevance? And what has given rise to these organisations trying to claim a spot in the niche of regional politics?

Former Nationals Wagga Wagga MP Kay Hull said the rise of minor parties in the regions may have something to do with the Nationals' inability to pat itself on the back, a reflection of the country values deeply embedded within the organisation's DNA.

"We're great salesmen at the door, but we don't know how to sell the product," Hull said.

MARKING 100 YEARS OF THE NATIONALS

"We get on to the next thing, we don't go out there and highlight every win."

Nationals stalwart John 'Wacka' Williams, who served as a Senator for more than a decade, also believes most voters never hear about "the greatest things" achieved by his party.

"For example, there was a policy to allow people to import their own new car from overseas from Japan or UK, rather than going to a dealer," Williams said.

"I saw huge problems with warranty and recalls for steering or brake problems. And so several Nats and Country Liberals got together and got the policy axed."

"The party room was vehemently opposed to that," Williams said.

"Nationals leader Warren Truss went to Tony Abbott and said 'the party's not happy, we want you to knock this on the head'."

Another often overlooked achievement is the role the Nationals played in securing the long-awaited royal commission into banks.

Although there were the numbers in the Senate to support the royal commission, the House of Representatives had always been an insurmountable hurdle, as the Liberal Party's founding ideology meant it was vehemently opposed to the idea.

In 2017, two Nationals MP, George Christensen and Llew O'Brien, declared they would cross the floor, giving the royal commission the numbers to pass.

To avoid an embarrassing defeat, then Prime Minister Malcolm Turnbull got on the front foot and announced a royal commission, tossing aside years of Liberal Party rhetoric.

"That was probably one of the greatest achievements, all thanks to a couple of National Party people had the guts to stand up," Mr Williams said.

"Things are much better for it. I think the banks have changed attitude and in many respects are certainly doing the right thing looking after customers, especially now these tough times." 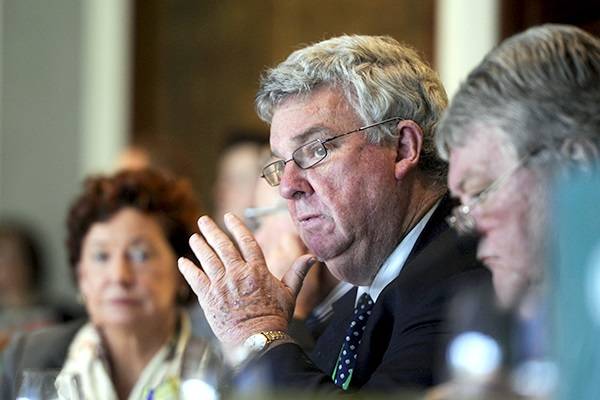 POWER POINT: Ron Boswell, a senator for more than 30 years, said the Nationals would always have one thing over the minor parties - the ability to form government.

Ron Boswell, who served as a Nationals Senator for more than 30 years, said that the Nationals were able to forced the royal commission showed why they would remain relevant to regional voters.

"You can only achieve those things if you are in government, otherwise you are just like a bird on a biscuit tin. You're on the outside," Boswell said.

"SFF or One Nation cannot achieve anything unless they are in government. They can be a voice in the wilderness, a voice of compliant and a voice of disaffection but they can't ever get anything done.

"Being in a coalition is no bed of roses, I can tell you. But when you're in there fighting for a share of the cake, everyone wants a piece of it. And you've got to be in government to get it."

Boswell took on One Nation leader Pauline Hanson in 2001 when "she was on fire" and kept her out of parliament.

"It was a shoot out between her and me for the last place in the Senate," he said.

"Pauline Hanson is brilliant at what she does - she'll find a popular issue, like when she said she was going to take the Queensland Government to the High Court over its [COVID-19] border closures.

"Not an intention in the world of doing it, but she gets a headline and people say 'oh, isn't she fighting'."

When Boswell successfully took on Hanson, he went back to basics and explained the policies, both the Nationals and One Nation's, to voters.

"I just went out to the bush and said this is what will happen," he said.

"Don't try to ignore [Pauline Hanson] or rubbish her - you've got to explain to the people how that will work out in their area."

Larry Anthony, like his father Doug Anthony and his grandfather Larry Anthony Sr, was a long-standing National Party MP.

His family has seen off a lot of political parties - the United Australia Party, Democratic Labor Party, the Australian Democrats - and they place today's Shooters and Fishers, One Nation and Katter's Australian Party in the same basket.

"They come and go because they are more of a cult following. They've risen because of a particular issue but ultimately you have to have a critical mass," Anthony said.

"We are the oldest rural party in the Western world. We've endured."

He said there's a simple reason for that longevity.

"When push comes to shove we bind together and unite, and the party is a laser voice for people who are often low income earners," Anthony said.

Ron Boswell said another important difference that separated the Nationals from other political parties - regional or otherwise - was its strong grassroots base.

"Therein lies the difference. The grassroots [branches] are always able to work out what is important, they're always alert down there to anything that is detrimental to rural Australia or to primary industries," he said.

"[The Nationals] must always maintain that. The direction must come through the members in the local branches."

Former party leader Ian Sinclairsaid the leverage and determination deployed by Nationals led to dozens of nationally and locally significant projects, ranging from highways and roads to railways and airports.

"I doubt there would have been the same emphasis on addressing many of the fundamental service concerns experienced by country communities if there hadn't been a Country Party," Sinclair said.

"Even in South Australia and WA where our representation has been fairly minimal."

Looking to the future, the political instincts of these National stalwarts tells them the party can fend off the challenges of other regional parties and maintain their relevance in an ever-changing political landscape - if the party stays true to its founding philosophies. 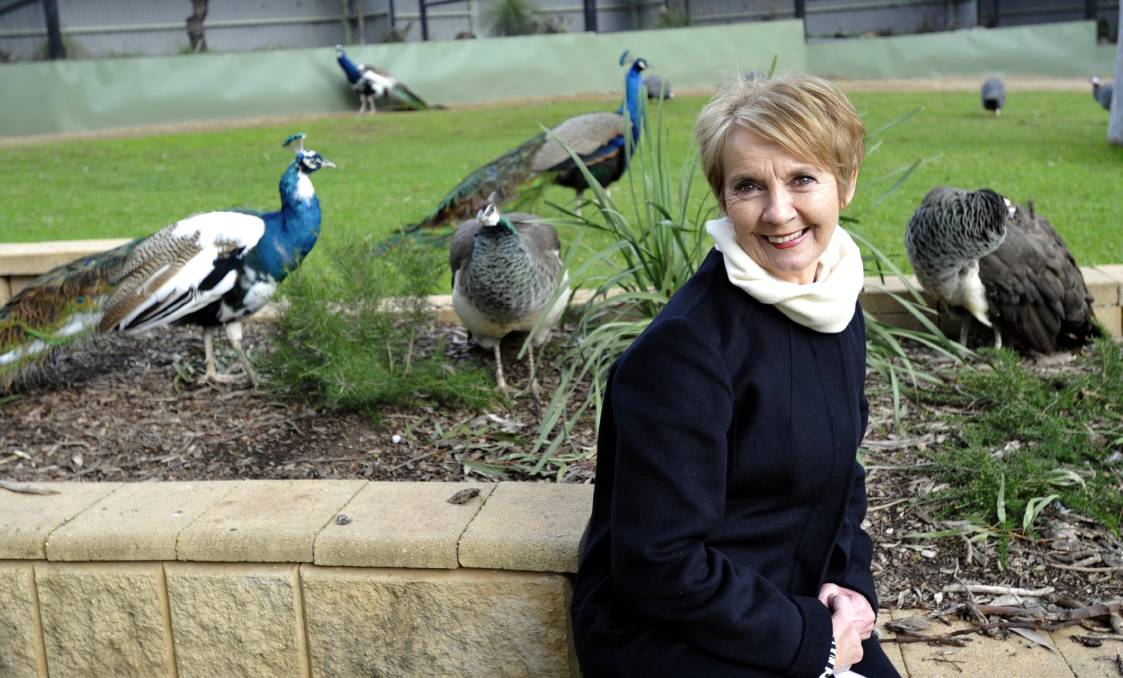 SHARPEN UP: Former MP Kay Hull said the rise of minor parties forced the Nats to refocus on the things that matter.

Kay Hull said the rise of minor parties trying to stake a claim in Nationals' heartland was "not a bad thing".

"It keeps you focused on your roots and your local branch, and on what is really important," she said.

"To me it's not a major problem, it helps the Nats stay true to the cause."

Larry Anthony agreed it was sometimes necessary for a party to have a refocus forced upon it.

"We're not perfect. We have differences in the party that can get messy," he said.

"It's important in any organisation that you're not talking about yourself and at times we've indulged in that."

Ron Boswell invoked a quote from the great Nationals leader Arthur Fadden when reflecting on the party's future.

Wacka Williams said the secret to another century of political relevance was simple.

"The National Party must look back at its roots of 100 years and see they were a conservative party to represent the regions. Focus on that and never leave that. If they do that, they'll certainly survive another hundred years," he said.

Coming tomorrow: at 8am an exclusive interview with Nationals leader Ian Sinclair, and at 6pm Larry Anthony speaks about his experience as a third-generation Nationals MP.