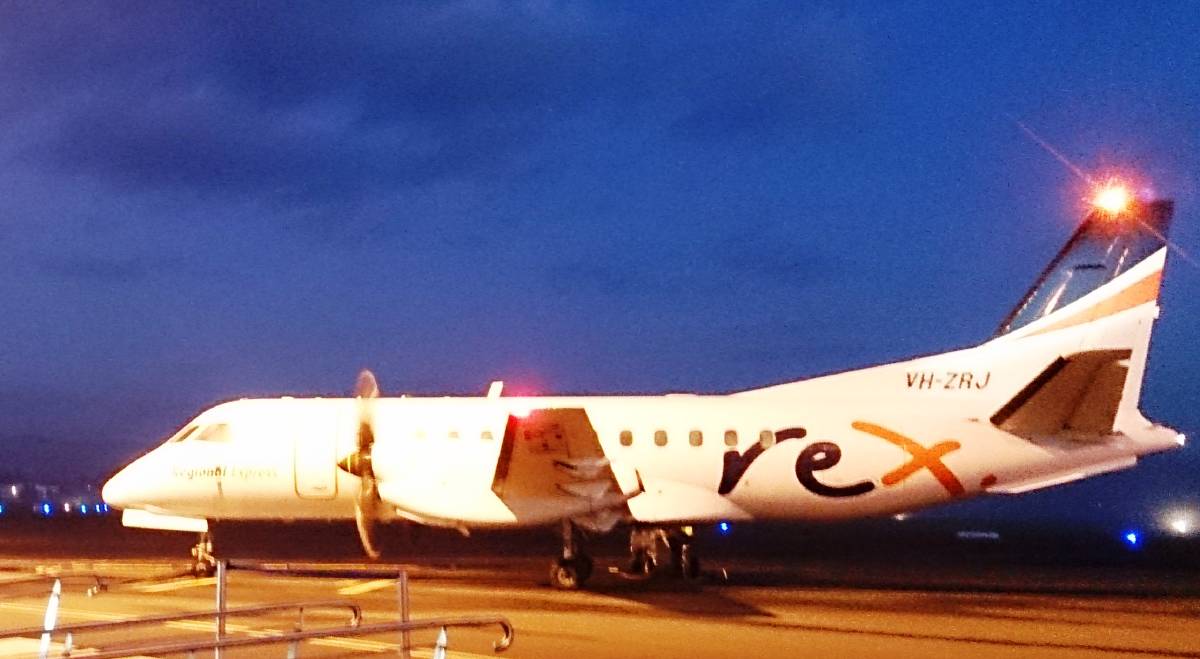 Country airline Regional Express prepares to take on Qantas, Jetstar and Virgin with mainstream services between Sydney, Melbourne and Brisbane

After struggling to keep planes flying on its country routes around Australia when coronavirus travel bans hit in March, Regional Express Airlines is now preparing to take on Qantas, Jetstar and Virgin with mainstream services between Sydney, Melbourne and Brisbane.

Rex is planning to raise $30 million from new investors, or by selling some of its trademark Saab 340 turboprop aircraft which have traditionally serviced about 60 country airports in all states.

It would lease back the planes it sells to keep them flying, while also buying or leasing five to 10 narrow body jet aircraft to launch its own hybrid-styled capital city service on the "golden triangle route" from March next year.

The new aircraft would be based in Sydney or Melbourne and according to deputy chairman John Sharp could operate on a cost base at least 35 per cent cheaper than Virgin Australia's pre-COVID-19 business.

It will simply be an incremental extension for Rex to embark on domestic operations - John Sharp, Regional Express Airlines

Assuming funding was available and regulatory authorities approve the intercity routes, the company anticipated it would need 50pc less proportional passenger traffic than Virgin on the same routes to stay in the air.

He said the airline boasts 17 years of continuous profitability despite some major turbulence in the airline industry marketplace and extreme cost pressures, such as fuel, in the past two decades.

Domestic operations will be priced at affordable levels but will also include baggage allowance, meals on board and pre-assigned seating," Mr Sharp said.

"It will simply be an incremental extension for Rex to embark on domestic operations."

Booking channels would be through the airline or via travel and accommodation industry global distribution system participants, and lounge membership would be available for subscription.

The airline, which floated the prospect of taking on some mainstream markets as Virgin went into receivership in March, said there was "strong interest shown by various external parties" to participate in its fund raising.

The latest announcement comes only two months after an intense lobbying campaign by the big country airline to get the federal government to cough up funds to help all regional carriers maintain services in the bush after a collapse in air passenger traffic.

Mr Sharp, a former Howard Government Transport Minister and later a consultant to Ansett prior to its 2001 collapse, had made clear Rex and regional aviation in general was just weeks from imploding after the COVID-19 crisis hit and could not maintain service obligations to almost any regular regional destinations without help.

After Canberra made a $300m offer to the industry, Rex then applied the thumbscrews to state governments and local government councils.

It pressured them to chip in money to ensure isolated country routes could be serviced more than once a week and to get landing fees were discounted during the pandemic.

The airline argued its regular services had long provided much needed medical equipment and specialist transport to remote communities, often running routes at below cost, and it would have to fly away from many country airports for ever without extra government support.

By mid-April Regional Express had guaranteed 38 return flights would be maintained in regional Australia until October, and hoped to increase those services to 76.

ATR is a Franco-Italian joint aircraft partnership between manufacturers Aerospatiale and Aeritalia which has planes operating on commuter and charter routes in 100 countries from Japan to Brazil, Spain and the US.