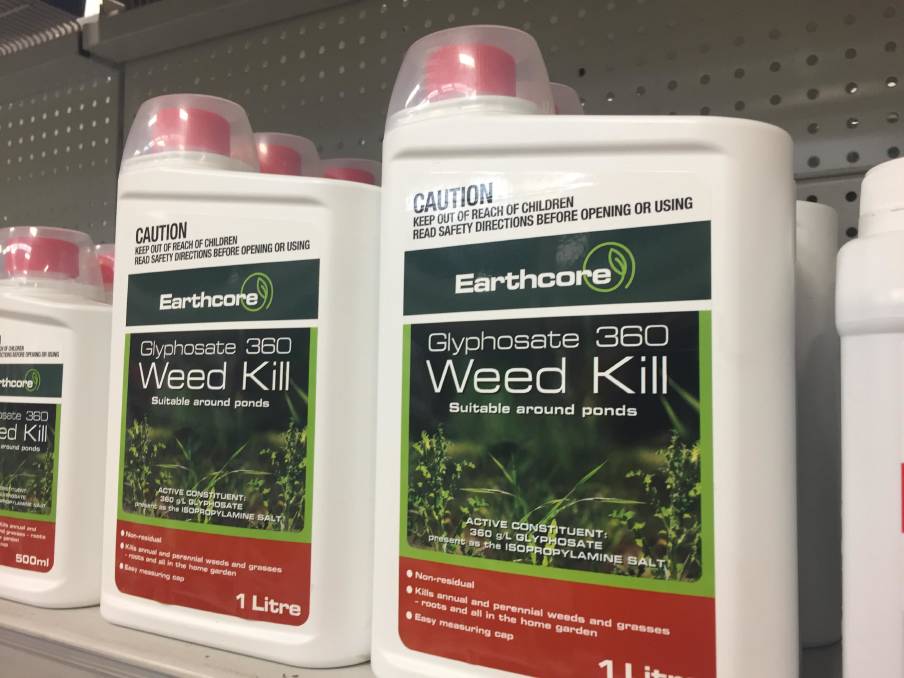 Glyphosate as a whole has been in the news following Bayer's decision to settle court cases in the US brought against it for its glyphosate-based herbicide Roundup's role in causing the plaintiffs cancer.

Bayer's recent settlement of court cases in the US has prompted more industry discussion about the safety of glyphosate.

AUSTRALIAN farmers are preparing to take a stronger advocacy role in defending the use of glyphosate, the nation's most popular herbicide, in the wake of Bayer's decision to settle thousands of court cases in the US.

In spite of the fact Bayer made no admission of guilt when settling with plaintiffs that alleged its glyphosate-based herbicides caused their cancer, Grain Growers chairman Brett Hosking said the news highlighted the need for the production sector to talk about the herbicide's benefits.

"It just shows we really need to talk about what glyphosate means for us in terms of environmental stewardship, in terms of reducing erosion and the critical role it plays in allowing us to produce safe, healthy food," Mr Hosking said.

He said he did not think Bayer's decision regarding cases in the US would impact the Australian glyphosate market or Australian-based class actions against Bayer on similar grounds.

"The US legal system is very different and settling cases over there does not reflect how such cases would go here," he said.

"The crux of the matter from my perspective is still that the regulators say that glyphosate is safe to use when it is done in accordance with the label instructions."

"One threat is biological, and that is weed resistance, that is a manageable threat provided we stop overusing the product," Prof Powles said.

"The other threat is political," he said.

"The good news is that while some European countries have lost the plot on these matters the regulators, such as the APVMA (Australian Pesticides and Veterinary Medicines Authority) and the US-based EPA (Environmental Protection Agency) remain science-based when making their decisions."

Prof Powles said he believed glyphosate would continue to be a useful product into the future.

"On the resistance front, so long as farmers use it shrewdly and remember key messages in managing resistance, such as 'if you're on a good thing, don't stick to it', then I think it will be effective for a while yet."

However, Bayer's settlement is unlikely to spell the end of controversy surrounding Roundup.

"Yet another corporation sells defective and unsafe products to maximise profits, then throws crumbs to the unwitting victims of its disgraceful cheating."

And while the majority of US cases are settled, there are many others that did not accept the settlement.

Florida-based attorney Ben Crump has come out and said his clients would reject the offer.

"This cynical settlement offer is preying on the toll that COVID and economic pressures have placed on some of our most essential and vulnerable workers -- people who are responsible for America's food supply -- to accept pennies on the dollar," Mr Crump said. "