A GRDC report has underlined the critical role the grains sector plays in creating work in rural and regional Australia. 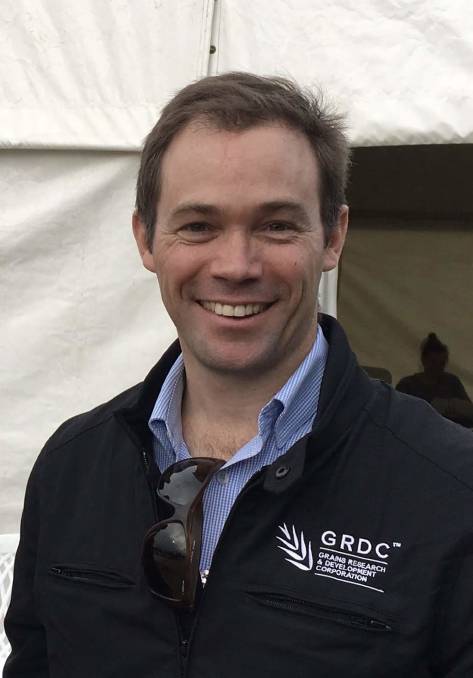 A NEW report put out by the Grains Research and Development Corporation (GRDC) has demonstrated how critical the grains sector is to rural and regional economies in terms of job creation.

The study, 'The Grains Industry's Value in Regional Economies' found there was a direct job in grain production for every 1196 tonnes of grain produced.

And GRDC head of industry and government relations Justin Crosby said this figure rose much higher when other secondary industries, such as grain storage or grain processing were factored in.

Mr Crosby said there were diverse careers created by the grains industry in regional areas.

"There is the work in grain storage and then in some regional areas, there is also more advanced processing, such as milling of cereal grains and crushing of oilseeds and the manufacture of stock feed and packaged food for retail," Mr Crosby said.

He said many regions relied heavily on the grains industry and the impact of drought was felt far beyond the farmgate.

"The case study of drought in Goondiwindi demonstrated how the inability of grain producers and others in the grains industry to spend on discretionary goods and services, such as going to the pub or getting a haircut at the local hair dressers impacts the economy of the whole town."

Mr Crosby said the data in terms of job creation varied from region to region.

"For every 100,000 tonnes of grain produced there are, on average, 87 grain production jobs in the northern growing region (Queensland and New South Wales); 121 in the southern region (Victoria, South Australia and Tasmania); and 54 in the western region (Western Australia)," he said.

"Grain worth $10 million in gross value generates, on average, 22 grain production jobs in the northern growing region, 41 jobs in the southern region and 17 jobs in the western region."

There were 34,745 direct grain production jobs at the time of the last Census in 2016, with the bulk being in NSW (29 per cent) and WA (23 per cent), followed by SA, Victoria, Queensland and Tasmania.

However the number of jobs directly created by grain production has fallen from 50,707 jobs in the 2006 Census to 34,745 grain production jobs in 2016 as farmers get bigger equipment, making spin-off employment in other grain related fields, such as processing and marketing more important.

Mr Crosby said there were a number of grain industry hotspots, where grain production was a major employer.

These naturally centred around the country's major grain producing regions, such as the WA wheatbelt, the Grampians region in Victoria, which encompasses the Wimmera and the Yorke and Eyre Peninsulas in SA.