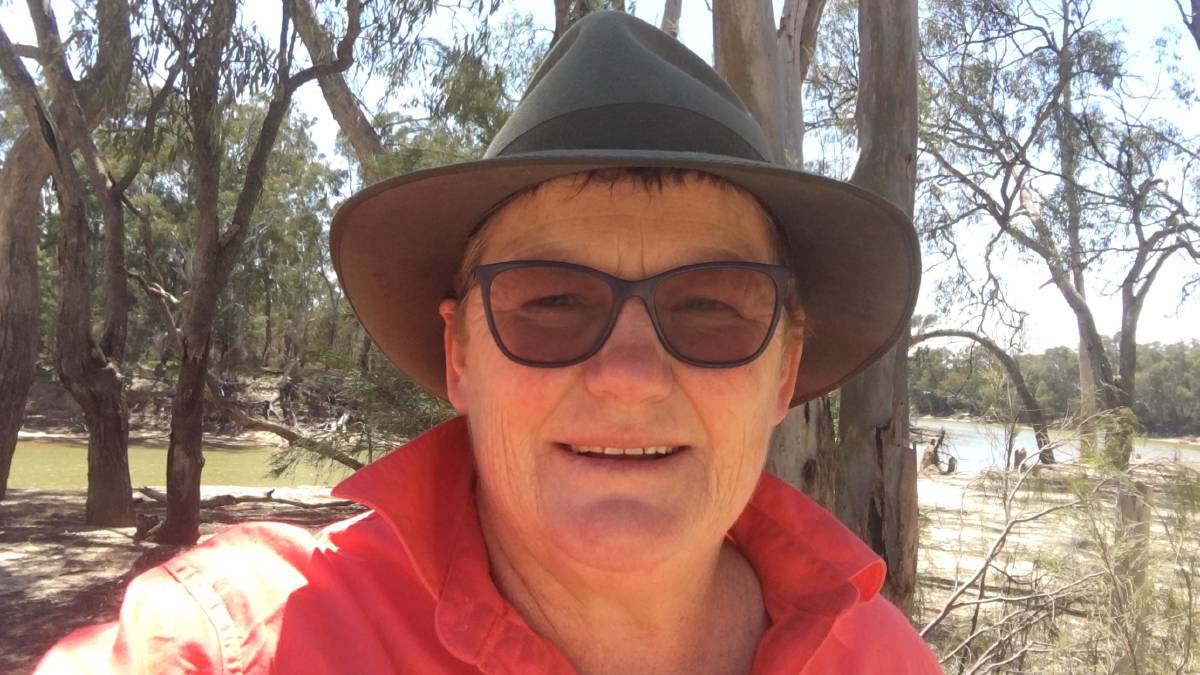 Farm consultant Kate Burke says you are your most precious risk management tool.

Farm consultant Kate Burke says you are your most precious risk management tool.

You are your most precious risk management tool.

The most common answers were markets and the weather, and other results included pests, drought, land prices, management, health, and so on.

She then asked the crowd to think about which items on their list they actually had control over, which they could influence and which they had no control or influence over.

She then asked what the audience thought they could do to shift the focus of their thoughts to matters they could actually control.

"Is it possible to consciously focus on what we can control and observe what we can't and not get too tied up in it?" she said.

"It's not easy but the good news is that it is actually possible."

Ms Burke said one piece of advice she received from her mother a long time ago was that you couldn't control other people's behaviour.

"[At the time] I didn't believe her but [20 years later] I realised she was right and the last few years I've really honed in on that," she said.

"So if you're 30 years old or younger, save yourselves 20 years of pain and take notice of it."

She said understanding how you individually think through things and what frame of mind you were in before making big decisions was extremely helpful.

She called this your "thinking landscape", and said there were four different places you might be.

"You might spend most of your time in your head, where you're there in the real world but you're just really busy," she said.

"You might be in an unpleasant place, feeling really stuck, and it's hard to get on with the job when you're really stuck and tired.

"Some people are just optimistic and think everything is going to be okay, and unfortunately that 'it won't happen to me' attitude isn't always the best approach.

"And then there's the grounded, resilient side, where you can make good decision, manage your thoughts and deal with what you can control."

She said it was easy to make good decisions if you were in that grounded and resilient head space.

"You don't always have to be there but when you are making big decisions, it's important to be grounded," she said.

"If you are in the swamp, I encourage you to talk to someone like your GP."

She said those that were fearful of failure or who had a hard time imagining the future were the ones that didn't take opportunity.

"When coming out of drought and you're presented with a year like what's happening for a lot of people now, you've got a huge opportunity in both livestock and cropping to take a lot of profit but it takes guts to make some decisions and to spend money and put yourself on the line," she said.

Ms Burke said there were three key qualities to an effective manager who was able to manage their risk.

"They've got to be good at producing stuff, whether it's crop production or efficient livestock production," she said.

"They're profit focused and good at money; they understand things like depreciation, and don't make decisions that put a noose around their neck.

"And they're capable people that are good with people."

She said the pursuit of profit and risk management started with self management and emotional intelligence, which was where you were aware of yourself and others and had the ability to motivate and manage yourself and relate to others.

She referred to the two sides of the brain - the rational side and the limbic system - and said decisions had to be made using both sides.

"We're trying to make decisions on stuff we don't really know about; we don't know what's going to happen," she said.

"The message is we need to engage our rational brain to help us with our self management, and this is where data and information are really useful."

She said one way to do this was to stop thinking about the risks and instead think about the possibilities.

"Be less fearful of the adverse events because they're going to happen anyway," she said.

"If you plan for a frost, is that going to impact whether it will happen or not? No.

"But having thought through the possibility, is that going to reduce your risk? Yes."

She recommended using what you already knew to plan for the unknown, as well as any available tools.

"It's pretty risky just to rely on our own brain and gut feel to make half a million dollar decisions," she said.