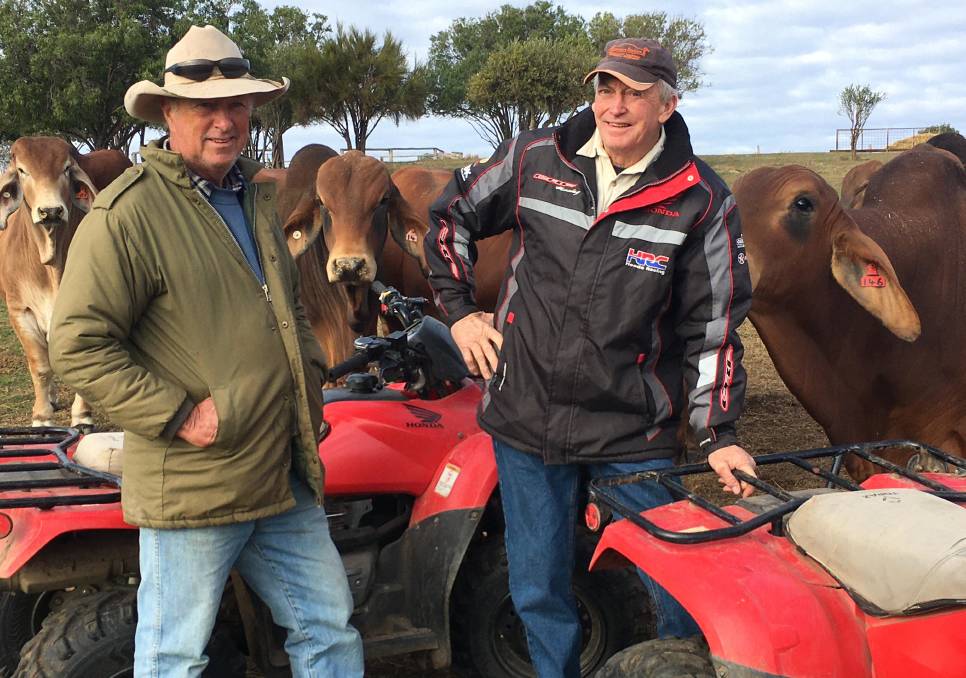 QUAD SQUAD: Darling Downs beef producer, Noel Sorley (pictured left), Mt Callan, Moola, with Save the Quad Bike in Australia founder, Craig Hartley, Dalby, Qld. Mr Sorley has four Honda TRX250 quads which he says is the only machine that can traverse the tight scrub in the foothills of the Bunya Mountains.

A bike dealer from Dalby in Queensland has launched a national campaign to reverse new laws which he says aren't necessary on quad bikes and will force them from the Australian market.

New laws aimed at making quad bikes safer will most likely backfire badly and more than triple deaths and accidents in rural Australia.

That's the stark warning from Save the Quad Bike in Australia founder Craig Hartley who owns Dalby Moto on the Queensland Darling Downs.

Mr Hartley has launched a Save the Quad Bike page on Facebook that includes a petition which has already attracted more than 17,000 signatures. .

He said 40,000 signatures were needed to make any impact on halting legislation which he said would achieve little except force most of the major quad bike manufacturers out of the Australian market.

Mr Hartley accused the Federal Government, Australian Competition and Consumer Commission and farm organisations of ignoring "good advice" from global and industry experts by supporting the legislation which would require quad bike makers to fit new machines with rollover devices (ROPs) and meet minimum stability regulations from October next year.

He predicted most of the Japanese and US brands would follow the lead of Yamaha and Honda and quit Australia which would leave the market largely to Chinese-built quads.

Mr Hartley said new laws had been based on a wrong interpretation of quad bike deaths, claiming the toll was inflated by fatalities due to misadventure, no helmets, alcohol and riding side-by-side vehicles without seatbelts.

The ACCC had also failed to provide evidence of how the new measures would improve quad bike safety.

The total deaths recorded in 2019 was 16 but eight involved side-by-sides (SSV) and one six-wheeler, Mr Hartley claimed.

Eight involved quad bikes but only four were legitimate farm accidents, he said.

"Unfortunately five children were killed of which one was a passenger on a recreational quad bike and the other four were SSV buggy accidents."

Mr Hartley's figures are at odds with statistics collated by AgHeath Australia which indicate accidents involving quad bikes and side-by-sides accounted for almost 30pc of on-farm deaths in 2019.

Deaths involving quad bikes jumped from six in 2018 to 11 in 2019 including two children under the age of 15, AgHealth Australia said. Deaths in side-by-side vehicles rose to five, it claimed.

"Quad bike deaths, although always sad, are minuscule in relation to the number of deaths from all other types of accidents, yet everyone in rural Australia in farming, grazing and retail associated industries will have to pay the price of this legislation," Mr Hartley said. 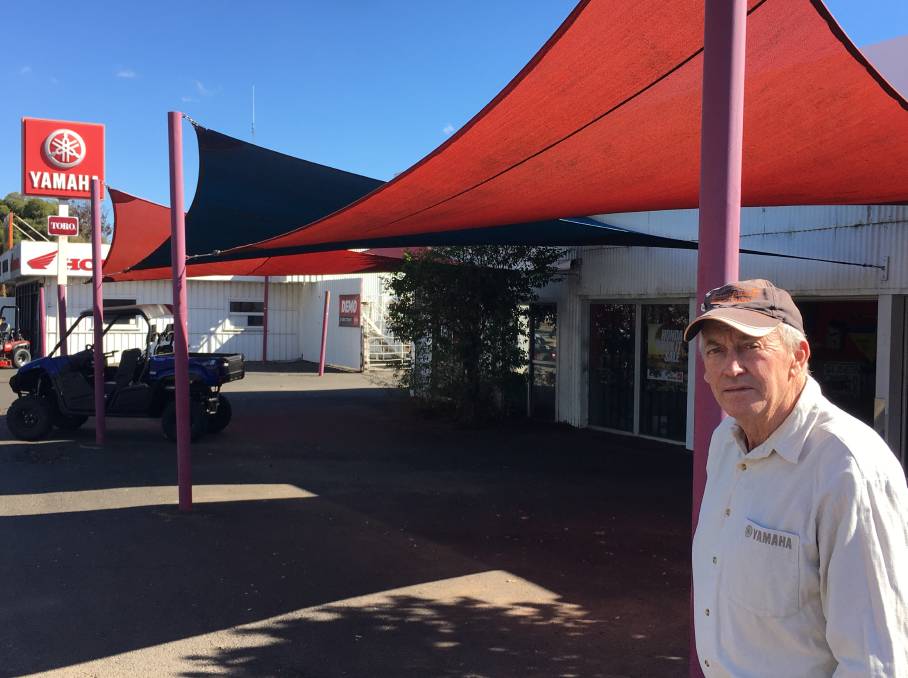 EMPTY FUTURE: Dalby Moto owner, Craig Hartley, has sold out of quad bikes because of panic buying driven by fears the vehicles will soon disappear from the Australian market.

"Many people are saying that no other machine on the farm can do what the quad bike can do but if farmers have to go back to horses we expect to see deaths and accidents more than triple.

"Save the Quad Bike in Australia has produced a chart detailing the accidents causing death and quad bikes are at the very bottom with pedestrians and pushbike riders eclipsing them 10 to 20 times over.

"This legislation will affect most farmers in Australia as their operating expenses are going to increase and their productivity and efficiencies are going to decrease," he said.

Mr Hartley said the legislation had the potential to cause widespread unemployment among quad bike dealers and distributors and cause lost revenue through reduced company tax and lost GST on annual sales of 11,000 units a year.

"On top of that hundreds of small businesses may have to close.

"Australia is the only country in the world that wants this legislation and that means 97.2 per cent of the rest of the world (market) do not have a problem with the quad bike as they are sold now," he said.

"Manufacturers are not withdrawing from the Australian market because of the cost of the ROPs but more so on a moral standards level where they will not be a part of selling a quad bike with a ROPs bar of any type which is proven could kill as many people as it potentially could save."

He said Yamaha and Honda, which now supply around 70pc of the Australian quad bike market, had funded independent research which had shown ROPs on quad bikes weren't safe.

"The poor safety results for ROPs were confirmed by a University of NSW survey of farmers using quad bikes with and without ROPs. It showed no safety benefit for ROPS in rollovers when compared with quads without a ROPS.

"From this the manufacturers confirmed their decision to leave the Australian market as morally they could not put ROPs into the consumer market from a safety perspective," Mr Hartley said.

"I also believed the legislation has been passed on inaccurate figures of 240,000 quad bikes in Australia but when investigated it appeared this was based on a working life of only five to eight years for a bike.

"However, many people are still using reliable quad bikes that are anywhere from 10 to 30 years old.

"The figure also does not consider that many owners trade their old quads in for new ones, and that there is a strong used retail market for second-hand bikes," he said.

"It is believed there could actually be well over 500,000 quad bikes in Australia."