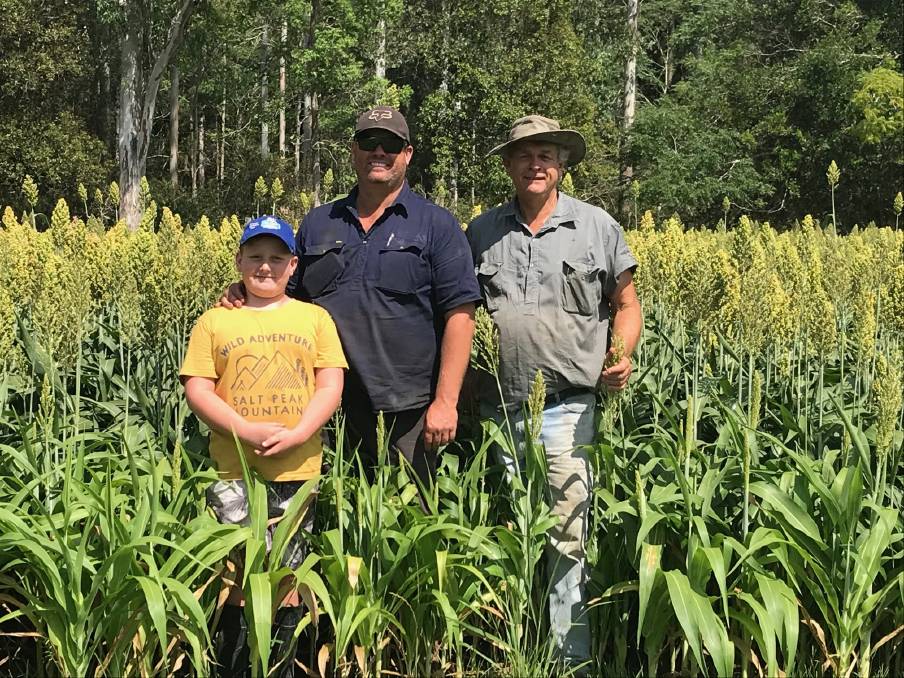 The Rozynski family from the Mary Valley, Queensland, standing in their crop of Liberty White Grain Sorghum.

As part of the Queensland Department of Agriculture and Fisheries C4Milk dairy project, grain sorghum has been investigated as an alternative silage option to corn and forage sorghum silage crops.

Although corn silage is a staple forage in high producing herd diets and can deliver superior margin over feed costs, its yields, quality, cost and overall risk can be significantly affected by nutrient, water and climatic variants.

As irrigation supply remains uncertain and seasonal variability increases, Queensland farmers are now considering grain sorghum for silage and not just as a grain crop.

Although some regard sorghum as an inferior starch source, Queensland DAF scientists and dairy farmers are now capitalising on it's hardy drought tolerant characteristics, where it requires less overall inputs and demonstrates a high grain to forage ratio when harvested as silage, as compared to corn and forage sorghum.

Sorghum as a milled grain has always been used by dairy farmers in Queensland (less so as a silage option), however many struggle to achieve higher milk production due to its poorer digestive characteristics than corn or other white grains.

While sorghum grain is very high in starch (ranging between 62 per cent and 66pc), the outer coating of the grain together with the starch:protein matrix within the grain prevents all of the starch from being digested and absorbed by the animal. 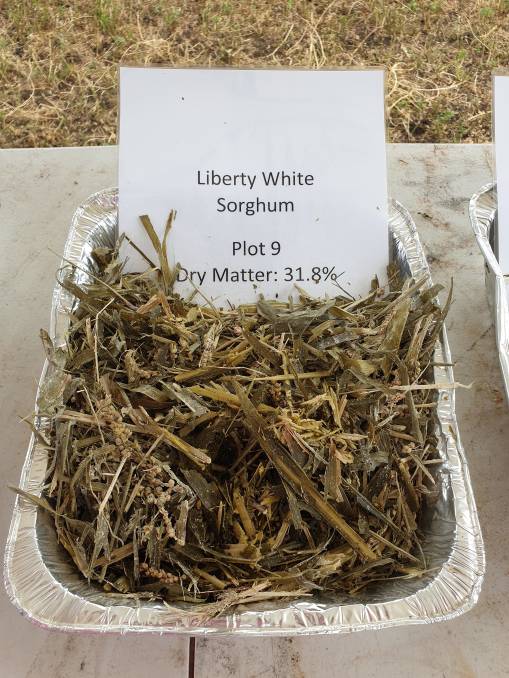 Since the initial research in 2015 on 'popping the sorghum grain', work has continued on the white grain variety analysing harvesting options such as headlage and silage as well as ensiling duration and their impacts on starch degradability and milk response.

Under trial conditions and on-farm, white grain sorghum (grown under semi-irrigated conditions) has repeatedly shown to be comparable to corn and forage sorghum in yield (when cut twice) and quality, but can be produced at a much lower cost than corn and is far more resilient with unpredictable weather patterns.

To assess its applicability and relevance to subtropical dairy feeding systems, large-scale irrigated demonstration plots of white grain sorghum were grown at the University of Queensland Gatton Campus and harvested as silage and headlage (Anstis, 2015).

When planted early in the season and allowed to ratoon, two cuts of silage yielded a total of 19.2t DM/ha, and up to three cuts have been reported if planted early in spring with favourable conditions.

When considering the inclusion of white grain sorghum silage in a PMR diet compared to that of corn or forage sorghum, a recent study has further uncovered its superior physical attributes and their impact on pasture intake. 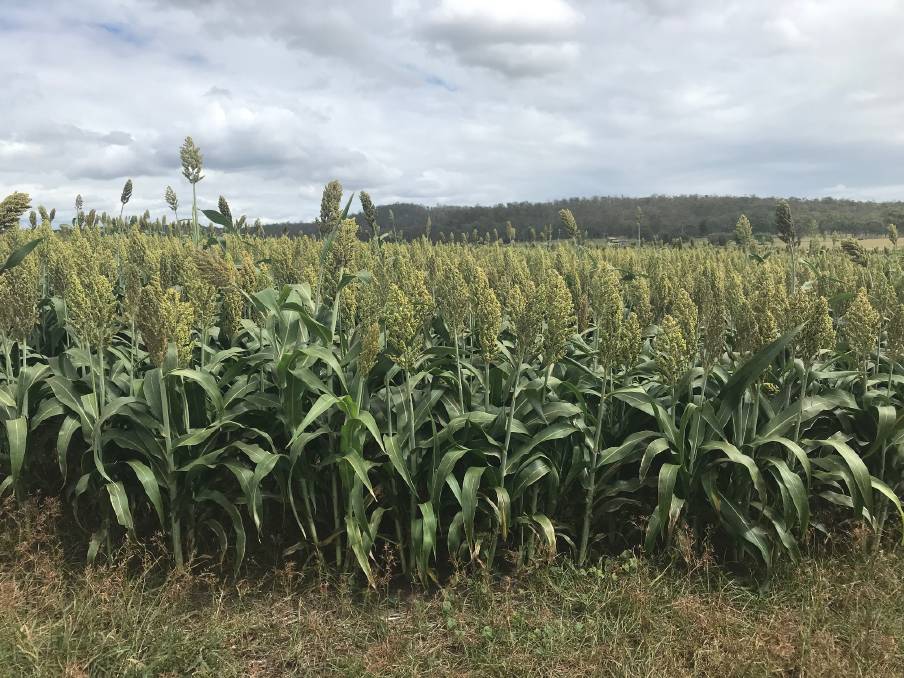 In a replicated animal feeding experiment carried out in 2019 (Ison et al, unpublished), white grain sorghum silage was shown to have the lowest 24h NDF digestibility and the highest indigestible NDF compared to corn and forage sorghum silage.

However, cows consuming this PMR diet tended to have higher pasture and total intakes with the inclusion of white sorghum silage than corn or forage sorghum.

The white sorghum silage had the lowest mincing energy, which indicates that this diet required less chewing and ruminating to reduce particle size, likely leading to increased passage rate and consequently higher intakes.

Although not significant, these results indicate that estimating accurate intakes within PMR systems from chemical forage characteristics alone, is likely to be inadequate.

Milk production responses are yet to be analysed, however on initial observations, there appears to be no impact on milk response, but margin over feed cost is likely to be higher due to lower diet costs with the white sorghum silage.

Although corn is often regarded as the "Rolls Royce" of silages for its ability to produce high yields and excellent quality, reports from producers over the last few seasons in the region have described tougher conditions, lower yields and lower quality crops.

In the Mary Valley located outside of Gympie on the Sunshine Coast, a corn and white sorghum crop both harvested in March 2020 were compared with several points emerging.

The corn yielded 15.85t DM/ha, with the white sorghum yielding 13.69t DM/ha from the fi rst cut and the ratooning crop grazed at a utilisation of 3 to 3.5t DM/ha.

When considering starch (on a DM basis), the corn did yield more than the white sorghum at 24pc compared to 20.2pc based on the sorghum's first cut, however, if the second graze (harvest) of sorghum was included, the white sorghum's yield and quality would be superior to that of the corn crop.

Further, when considering cost and risk based on the single harvests, corn was costed at $174/t DM and sorghum at $120/t DM (excluding labour) with all other expenses accounted for.

Had the corn crop yielded in excess of 17t DM/ha with a starch percentage of more than 30 per cent, then the economics of the corn improves dramatically, yet second and third cuts from sorghum further improve its attractive low cost of production and superior margin over feed cost.

In conjunction with QDAF's ongoing research, farmers are recognising that corn is becoming a higher risk crop to grow and can prove to be very expensive when compared to white grain sorghum silage under adverse, low water availability or high water cost situations.

As farmers become increasingly analytical about their farm resources and forage water use efficiency and resilience, white grain sorghum has become a popular consideration in summer planting plans in the subtropics.