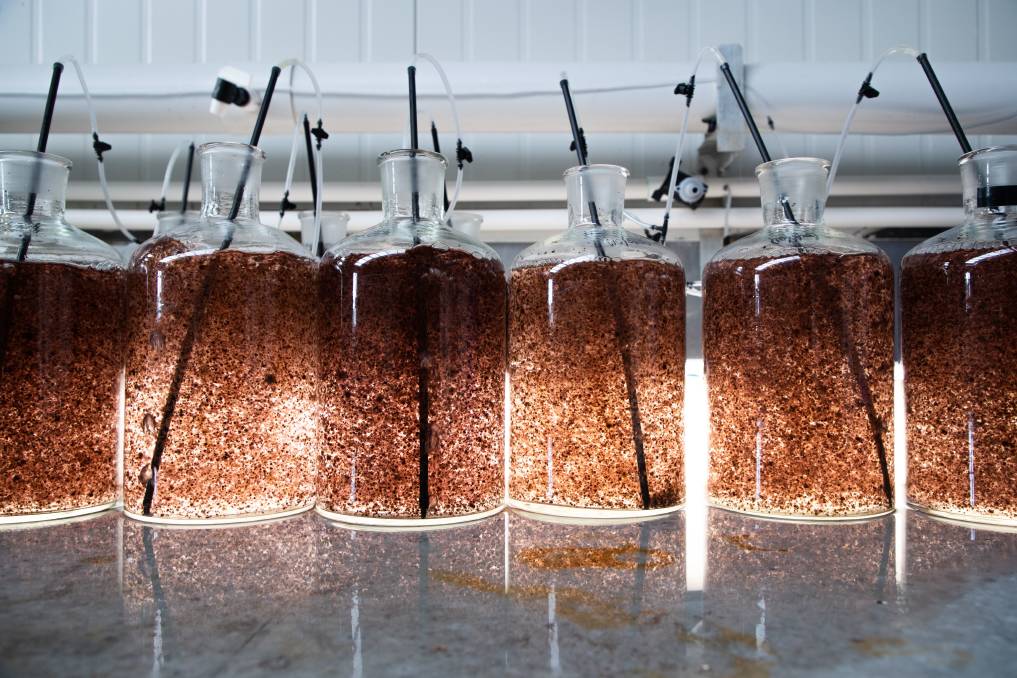 Asparagopsis, a seaweed grown naturally in Australia and New Zealand, will be used in the upcoming trial.

Reducing emissions from cows is a challenge for the dairy industry.

Reducing emissions from cows has been one of the toughest challenges for the dairy industry for more than a decade.

In a step towards a potential solution, Fonterra is partnering with Sea Forest to see if using seaweed in cows' feed can reduce emissions from commercial dairy herds.

The trial will use Asparagopsis, a seaweed grown naturally in Australia and New Zealand, as a supplement feed for herds in Tasmania during the coming milk season.

The Asparagopsis species of seaweed produces a bioactive compound called bromoform, which prevents the formation of methane by inhibiting a specific enzyme in the gut during the digestion of feed.

According to the CSIRO, methane from burps and flatulence is a greenhouse gas 28 times more powerful than carbon dioxide.

More than 20 per cent of the world's entire greenhouse gas emissions come from livestock production, and in Australia the contribution of methane emissions from ruminant livestock is approaching 10pc of total greenhouse emissions.

In laboratory testing led by the CSIRO, the seaweed has shown the potential to reduce the emissions from cows by more than 80pc.

Throughout the trial the seaweed will be mixed in with the cows' feed when they come in to be milked and fed in very small rations - less than 1pc of the cows' daily feed.

"Most dairy farming emissions come from the methane cows produce as they digest their feed," he said.

"Early testing shows the potential for these emissions to be reduced by incorporating natural seaweed into cows' diets, so we are keen to see if those test results can be replicated in dairy herds at scale."

Sea Forest founder Sam Elsom said he was excited to be teaming up with Fonterra on this initiative.

"We've been developing this product for 18 months, so commencing this trial is a real milestone for us.

"This is the first trial we've engaged with and we hope it can assist in improving research in this space and bring us closer to commercialising this product as a feed supplement, to significantly reduce the carbon footprint of milk production.

"We've partnered with Fonterra because of their commitment to sustainability and innovation and we look forward to working with them on this trial."