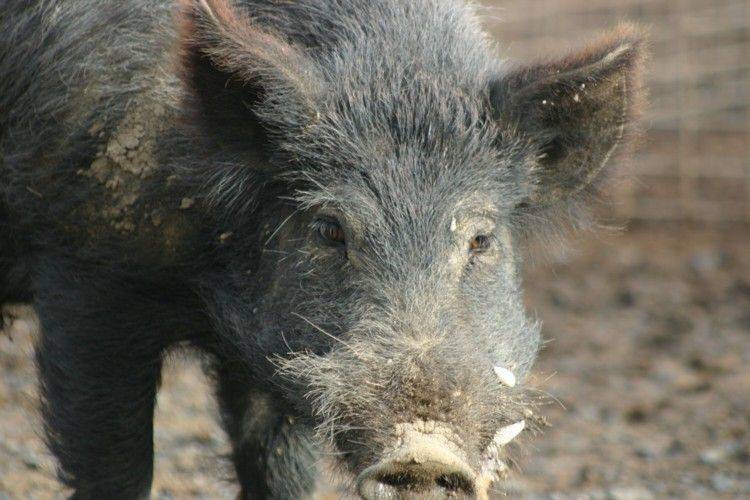 SUPER PEST: Feral pigs are a biosecurity threat to multiple industries, but its difficult to get them working together to control local populations.

Queensland banana farmers are particularly worried about feral pigs spreading Panama disease, because once a farm gets it "that's it".

FERAL pigs have been described as a "super pest" and a "very real biosecurity threat" to the whole agriculture industry, particularly the pork and banana sectors.

A parliamentary committee is investigating the impact of feral deer, pigs and goats, with the first day of the inquiry focusing on pigs.

The committee heard evidence of feral pigs being shipped from island to island off Australia's north coast, as a source of food. African Swine Fever, which has already wiped out one-third of the world's pigs, has been confirmed in Papua New Guinea and there are fears it could make its way along the island chains to mainland Australia.

"An African Swine Fever outbreak, or for that matter a foot and mouth outbreak, would be devastating.

"For producers and employers, the lasting financial, social and emotional devastation would be akin to the worst kind of natural disaster."

APL feral pig management coordinator Heather Channon emphasised feral pigs were a "super pest" to both agriculture and the environment.

Estimates from 1990 put Australia's feral pig population at between 3.5 million and 23.5 million, and they're thought to cost Australian ag $100 million a year.

"But that is grossly underestimated," Dr Channon said.

There are quite a few feral pig control programs, however are "largely unknown" with "not much coordination between them".

"This results in sporadic and inconsistent activity, and once the grant money is spent, the gains made are lost with pig numbers quickly reestablishing."

Banana farmers in Queensland are seriously concerned about feral pigs spreading Panama disease, a soil-borne fungi that attacks the roots of the trees, with the plant eventually dying of dehydration.

It first showed up in the far-north Queensland region of Tully in 2015 and since then it's been discovered on at least four farms.

Australian Banana Growers Council (ABGC) deputy chair Leon Collins said his organisation bought out one of those farms and shut it down in an attempt to contain the spread.

"There is absolutely no cure at all for this in the world today," Mr Collins said.

"What is so devastating about it, is once you get it on your property, that's it, you cannot ever plant bananas there again.

"All of a sudden people have a block that was worth $4 million and overnight it's worth $400,000. People don't know where to turn."

Mr Collins was "under no doubt" that feral pigs had been the main vector of spreading the disease in Tully.

"Pigs can spread it on any part of their body," he said.

"They can eat infested material, walk several kilometres and then pass it through their digestive system and the pores are still active."

ABGC has run a successful feral pig population control program since mid-2017, at a cost of $150,000, half of which is supported through government grants.

Through a combination of trapping, aerial shootings and ground control, more than 6000 pigs have been taken out of the region.

However, expanding the program outside of Tulley Valley is "impossible" without more government support.

"Everyone seems to hear our plight but no money seems to be forthcoming," Mr Collins said.

Pigs breed second to only rabbits, and numerous studies have shown that to successful control feral pigs within a region, 70 per cent of their population has to be destroyed in a short-period of time.

Graham Schoorl, who has been tracking and trapping pigs across the country for the past 15 years, said the biggest challenge was motivating landholders to work together - particularly those in different industries.

"Of course those times don't line up."

Mr Schoorl said there was a tendency for farmers to complain about pigs in season and forget about them for the rest of the year.

"While ever we just focus on asset protection, we only ever knock the top off the population," he said.