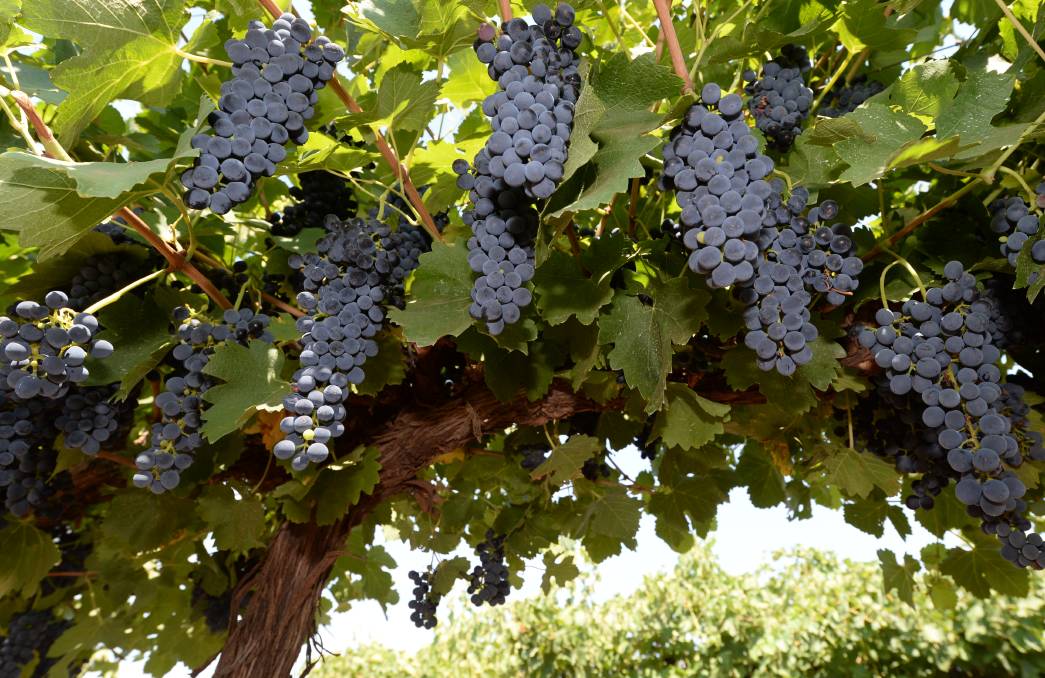 The smallest winegrape crush in 13 years could have been a lot worse if not for resilient production from vineyards in the Riverland, the NSW-Victorian Murray Valley and NSW's Riverina

While the total Australian vintage for 2019-20 has now officially been rated as the smallest in 13 years, production from the SA Riverland, the NSW-Victorian Murray Valley and NSW Riverina's vineyards was less affected by the hot, droughty growing period than many other areas, largely thanks to help from supplementary irrigation water.

Wine Australia's chief executive officer Andreas Clark said the diversity of our winegrowing regions and the improving ability of grapegrowers to manage seasonal variations and extreme weather events had moderated the impact on the 2020 vintage.

The three large inland vineyard regions delivered about 75 per cent of the winegrape crush and their yields were only 4pc down on 2019 production figures.

Production from other regions around Australia fell by more than a third, with results varying widely among those areas.

However, although the total Australian tonnage picked for was down 12pc on the previous season, at 1.52 million tonnes, the 2020 vintage was generally tipped to be much higher quality.

Meanwhile, crop losses due to fire and smoke damage were reported in 25pc of Australian winegrowing regions, although overall yield losses from fire damage or smoke were currently estimated by the industry at below 40,000 tonnes, or just 3pc of the total crush.

According to Wine Australia's 2020 National Vintage Report the 1b litres of wine produced from the smallest crop since 2007 was similar in terms of yield to 2010 - an exceptional year for wine.

This vintage will enable us to continue to meet our targets of value growth in premium wine market segments - Andreas Clark, Wine Australia

"This vintage will enable us to continue to meet our targets of value growth in premium wine market segments, although the constrained supply will restrict overall volume growth in the next 12 to 24 months," he said.

Continuing strong demand for Australian wine was reflected in the 5pc increase in the average value of grapes at harvest.

The grape market has enjoyed a compound average rise in value of 5pc for the past six years.

Red wine production fell 11pc compared with 2019, while white varieties were down 13pc.

Australia's largest variety, Shiraz, decreased by 10pc to 376,000t but increased its share of the total crush to 25pc.

Other red varieties to do relatively well were Durif and Ruby Cabernet (up 9pc and 8pc respectively) while Pinot Noir and Merlot fell 24 and 20pc.

"This is reflected in our export prices."

E-commerce will provide an important opportunity for wineries seeking alternative growth strategies in the US, Australia and other markets - Hayden Higgins, Rabobank

Rabobank's senior wine analyst has warned exporters to the valuable US marketplace will have to work hard to adapt selling strategies because coronavirus is expected to shatter the premium "on-premises" market.

Full service restaurants and bars were unlikely to return to 2019 sales levels until after 2021.

"The growth in e-commerce will provide an important opportunity for wineries seeking alternative growth strategies in the US, Australia and other markets," he said.

Total US foodservice and drinking establishment sales fell about 22pc, or $96b ($US68b), in the first four months of 2020.

Because Australian wine exports have focused heavily on the US market's premium end our total value of wine sales in the year to March were only 2pc lower than the previous corresponding period and price per litre rose to its highest average in a decade.

"While the US on-premises channel typically accounts for less than 20pc of annual wine sales, it is extremely important, particularly for small premium wine brands which sell a greater proportion of product into restaurants and bars," Mr Higgins said.

"For Australian producers vying for a share of the US market, digital strategies will become increasingly critical for sales success."

Exporters would need to work hard with distribution partners to adapt to relevant e-commerce strategies, including considering building or buying and e-commerce team and where such a division should sit within the business.