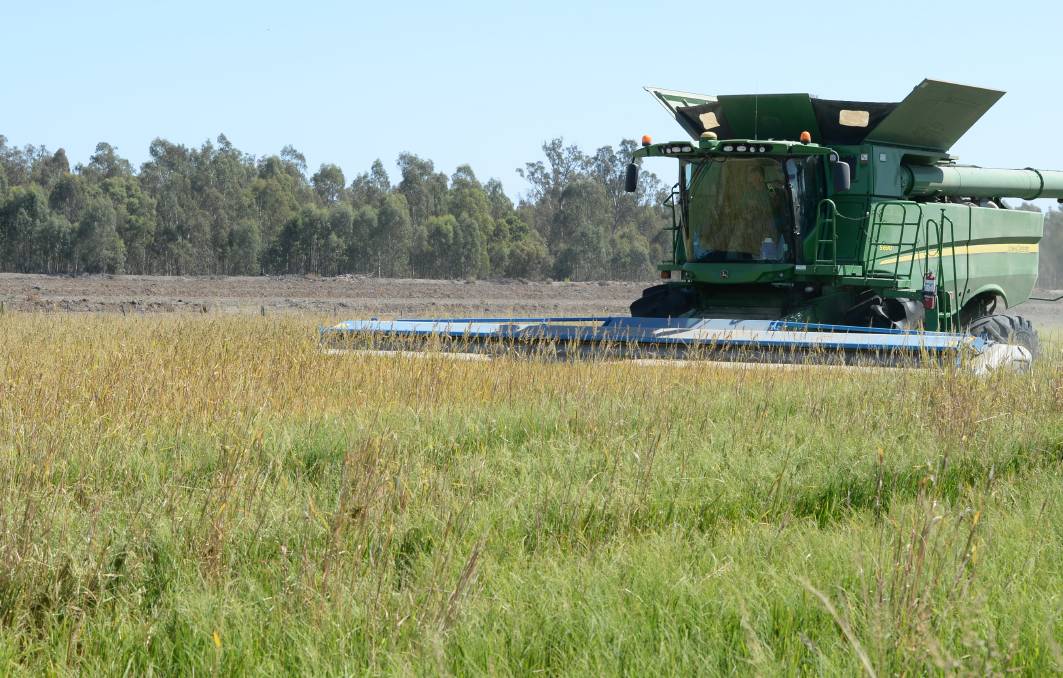 With local stocks almost exhausted, the national rice processor and marketer will open its contract books next week, initially to the 83 southern NSW growers who took up last year's offer to commit to growing Reiziq and organic varieties.

The new offer will later be extended to any other rice growers who want to lock in early production commitments for the 2021 harvest.

SunRice is promising to pay $475 a tonne for forward contracted Reiziq rice, $525/t for Doongara and $625 for Koshi.

Given irrigation water is quite likely to be in short supply again during the 2020-21 growing season, forward contracts will help the company secure a minimum volume of Australian-grown crop, thereby ensuring its Riverina and Murray Valley mills stay operating and supplying premium-paying local and overseas markets.

Last season's contracts yielded an above average 10.6t a hectare, but the crop only totalled 45,000t - the second smallest ever handled by the company.

Most of SunRice's 1 million tonne annual market requirement from customers worldwide is currently being sourced from growers and traders overseas.

The 2021 forward contracts on offer to local growers are not as lucrative as the company paid last season when SunRice guaranteed $1500/t for organic rice and $750/t for Reiziq, but managing director Rob Gordon noted irrigation water costs had dropped to at least half the $650-plus a megalitre growers had to pay last spring and summer.

Returns from other crops including cotton and fodder plantings were also less competitive this year making them unlikely to be such aggressive rivals for water.

We will continue to monitor market conditions in the lead up to the October 2020 planting window, and may make further offers - Laurie Arthur, SunRice

SunRice chairman Laurie Arthur said directors recognised growers were keen to decide what role rice would play in this summer's cropping program, and wanted an early pricing offer from SunRice.

The company was also keen to start building volumes.

"Any further fixed price contracts will be reflective of market conditions at the time.

"SunRice will not re-price any fixed price contracts which have been offered."

Traditional pool payments for uncontracted rice delivered at harvest would also be offered to growers, if possible.

"If seasonal conditions, water availability and water pricing continue to improve, it is our current intention to have a rice pool and to offer additional varietal options," Mr Arthur said.

In the meantime, fixed price contracts would open at 9am on July 29 for growers who harvested paddy for SunRice in 2019 or 2020, then for all other growers on July 31.

The company hoped to secure a big crop in 2021 and had retained enough seed after last season's contracts were delivered to enable an 800,000 paddy tonne crop to be planted.

"Should seasonal conditions improve sufficiently to warrant the opening of a pool, this additional volume of grain will drive further efficiencies in the use of our facilities in the Riverina," Mr Arthur said.

"I hope the Bureau of Meteorology's outlook for a wetter period into the planting window plays out so we have better water availability at lower prices, and we all have the opportunity to grow some rice."

To facilitate increased plantings, SunRice would again offer its GrowRice finance facility to qualifying growers to help fund water and other crop inputs.

He said the company appreciated farmers' balance sheets and cash flow had been squeezed by the past two dry and difficult growing seasons and many may need funds to establish, water and harvest a crop.

Meanwhile, SunRice has also flagged it wants to modify the criteria which dictates which growers hold the company's cornerstone A-class shares.

This change is being considered partly because severe water shortages in recent years have forced many farmers to forego their rice planting intentions.

Unlike B-class shares which are listed on the Australian Securities Exchange, A-class (grower-only) shares are not traded and give growers a majority representation on the SunRice board.

Any changes to the rules involving A-class shareholder ownership will require a 75 per cent vote from farmers in support of the changes.