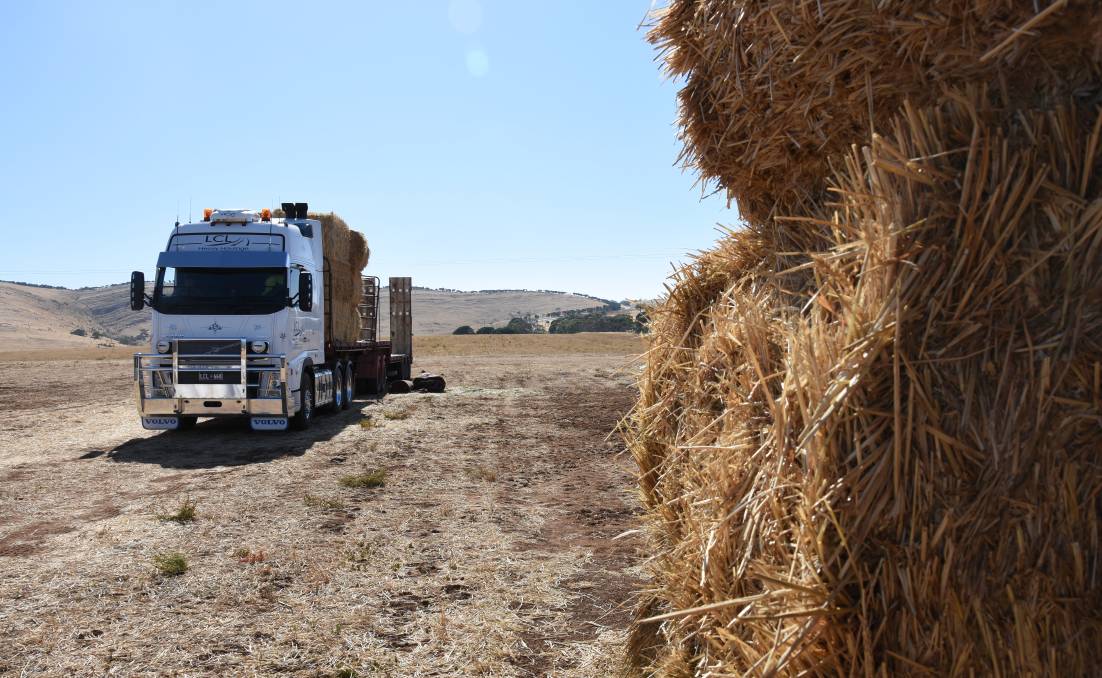 Hay buyers will find it easier to get their hands on supplies this year.

Hay prices are set to return to more normal levels after the sky-high values of last year but they are unlikely to drop too far.

HAY prices are likely to return to a more normal range with supply set to come back online after the previous two years' drought.

Prices for fodder reached supercharged levels over the past two seasons, with livestock producers freighting hay and even straw, of relatively limited nutritional value, thousands of kilometres to allow them to hang onto their animals.

However, this season has seen a marked turnaround with reports of 'feed up to the belly' in previously drought stricken regions such as the New England in northern NSW, meaning more supply and lower demand from outside the lot-feeding sector.

Fodder information business Feed Central held a webinar on the hay market for the season ahead last week, with its team of experts suggesting prices would be firmly in the average range this year.

Feed Central managing director Tim Ford said he expected cereal hay prices to be between $150 and $250 a tonne and protein hay, such as lucerne and vetch, to hover between $300-$400/t.

Mr Ford said while this price was a long way off last year's highs, it was not a historically low price.

He said the need to replenish supplies after the nation's fodder stocks were virtually emptied last year would likely stop prices heading to below average levels.

Mr Ford said farmers that could demonstrate they were making a quality product would be best positioned to get the pick of the prices.

"If you have the choice between making quality hay or targeting a bit more yield, it is definitely a year to go for quality, that is going to be the point of difference that gets sales down," Mr Ford said.

Along with that, he said the market would differentiate between shedded and unshedded hay.

"The increase in shedding capacity in recent years has been massive, and this is in line with what the market wants," he said.

Mr Ford said barley and wheat hay would probably be around the $150/t while good quality oaten hay was more likely to trade closer to $250/t.

Neville Janke, Feed Central national sales manager, said the first half of the year had been good in the New England and that recent rain also had set the Monaro up for a better season.

However, he said the hay made this year would sell, even if it took some patience on the growers' behalf.

"Things can change rapidly in the hay industry, all we need is a dry autumn and the demand will start to pick up," Mr Janke said.

"I've seen plenty of years where you thought it was going to be tough to sell hay and it has gone quickly."

Mr Ford said there would be growers in regions such as Victoria and South Australia, where the season was better in 2019, that would be happy to make hay and not market it immediately.

"For those who don't need the cash flow as quickly they will be more than happy to stick it in the shed and wait for a more appropriate price if they are not happy with what is on offer at baling time."

"Last year people were buying hay out the back of the bale chamber, it was phenomenal, but we are not going to see that next year.

"I wouldn't put your hopes in big flurries of buyers coming to chase hay out of the paddock, but equally it will all move in time."

Mr Janke said while there would be less grazier demand due to good grass availability, dairy demand would be steady to potentially slightly higher, especially in the protein market as dairy producers looked to increase their milk production.