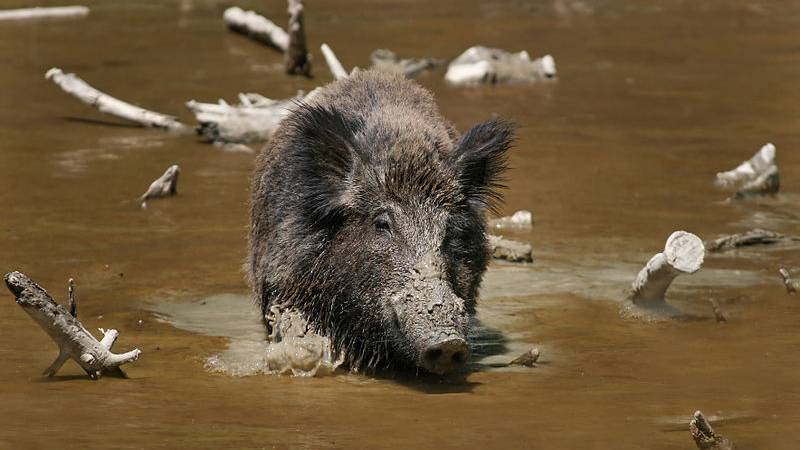 Expanding the commercial harvesting of wild boar could be a win-win for everyone.

THE potential revival of commercial harvesting of feral pigs faces significant business and market challenges, but it could be part of the solution to controlling the "super pest" according to a new report,

The report has been published as part of the development of the National Feral Pig Action Plan, as concerns a devastating disease, such as African swine fever or foot and mouth could be introduced into the country by feral pigs.

Due to their biological similarity to the European boar, commercial harvesting of the Australian feral pig has previously enabled significant volumes swine product to be processed for overseas markets.

While the annual value of the industry peaked at $50 million in the mid 1980s, the harvesting of feral pigs for export has endured volatility on a number of fronts for many decades.

"I'm especially interested in understanding any commercial opportunities to help better control the feral pig population in Australia, which is estimated to be up to 24 million head," Mr Maher said.

"A lot of stakeholders we're talking to remember when feral pig harvesting was viable on the back of strong export demand for wild boar meat. Not only did that help control our feral pig numbers, it also generated employment and millions of dollars of economic activity in regional Australia.

"As we develop a preliminary action plan to present to the Department of Agriculture by January 2020, the potential for a revived feral pig harvesting industry is important to consider."

The annual value of the feral pig harvesting industry ranged from $10 million to $50 million between 1980 to 2010, but the commercial trade became increasingly unviable over the past decade due to a number of factors, including increased competition in overseas markets.

Yarra Valley Game Meats in Victoria owners Ken and Mary Lang said there were a number of barriers facing the expansion of the wild boar industry - such as varying regulations across state borders.

However, there was "nothing that couldn't be worked through if the government was prepared to have a discussion about it".

Mr Lang said much of Australia's wild boar was exported to Europe, but he saw opportunities in India and Sri Lanka where wild boar is commonly eaten - some regions have been forced to protect them due to over hunting.

"If you could find a decent market in India and Sri Lanka, that would make a big difference," Mr Lang said.

"It's very popular over there. If you get it into there, India alone has a population of over a billion. Our wild boar was actually introduced from India by the British."

"I'm sending out pet food every week, and it's really keeping us going during corona with all the restaurants shut down," he said.

"People are prepared to pay human-grade prices for the product as well."

Mr Maher said the economic viability of commercial harvesting has also been undermined due to the logistical challenges and the cost of harvesting pigs over large areas.

"The sporadic supply of carcasses suitable for processing and a decline in the number of accredited hunters has made it difficult to meet offshore demand and maintain market share," he said.

"Nonetheless, there's value in conducting a feasibility study specifically looking at the economic, environmental and social benefits that commercial harvesting might play as part of a broader national feral pig management strategy.

"That could include an assessment of employment opportunities in remote and indigenous communities where feral pigs are abundant, such as Cape York Peninsula, and the cost effectiveness of providing assistance to help fill logistics and skills gaps that currently exist, as well as ways to re- establish export markets."