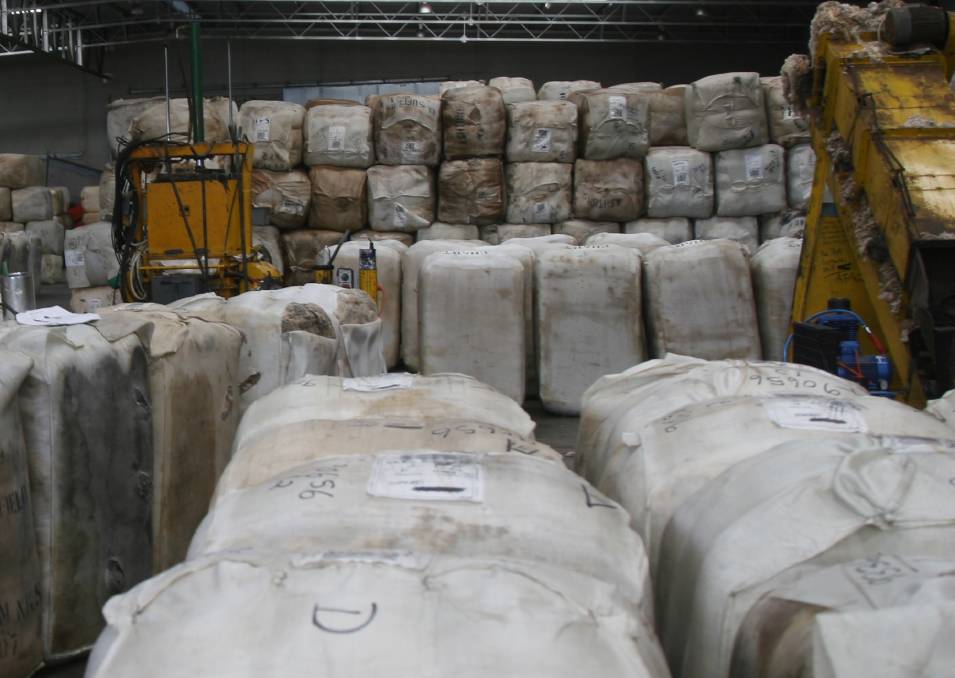 A 23% increase over the recess is expected for next.

EARLY bale number estimates suggest next week's live open-cry auctions return at the Western Wool Centre (WWC) after the annual three-week winter recess, could be the biggest sales since March.

Australian Wool Exchange (AWEX) current estimates put the week-six total WWC offering next week at 7137 bales, up from an earlier estimate of 5800 bales, a 23 per cent increase over the recess.

The national offering estimate for next week - the Melbourne and Sydney wool selling centres also resume live auctions next week after the recess - is 39,176 bales, a 6.7pc increase over the recess.

AWEX statistics show the last time more than 7137 bales was offered for auction in a week at the WWC was week 39 of last season, with sale days on Wednesday, March 25 and Thursday, March 26.

Wool buyers were uncertain at that time whether they would be able to buy wool at auction into the immediate future and for how long the restrictions would be imposed.

The national offering that week was 42,934 bales.

From then until the end of the season the WWC's weekly offerings generally averaged between 4000 to 5000 bales, with a string of weeks where there was only one sale day because of the small offerings volume.

On week one of the new season the WWC offered 7102 bales, of which 6774 sold to firming prices across the board, for a passed-in rate of just 4.6pc.

Week two, immediately before the annual recess, saw prices continue to firm at the WWC but only one sale day with a small 4307-bale offering and the passed-in rate creeping out to 7.8pc as buyers started to think about their holidays.

On the current offerings estimate for next week, it is likely the WWC will hold auctions on Tuesday and Wednesday, but the final decision will be made this week and may depend on the number of last-minute bale withdrawals.

At this stage, the early estimate for week-seven WWC auctions is 6300 bales out of a projected national offering dropping back to 32,007.

But those numbers will probably depend on the results of next week's auctions.

Online platforms AuctionsPlus and WoolQ have not held wool auctions during the AWEX wool centre trading recess so far, but WoolQ last week was touting for wool for a possible online auction today, Thursday, July 30.