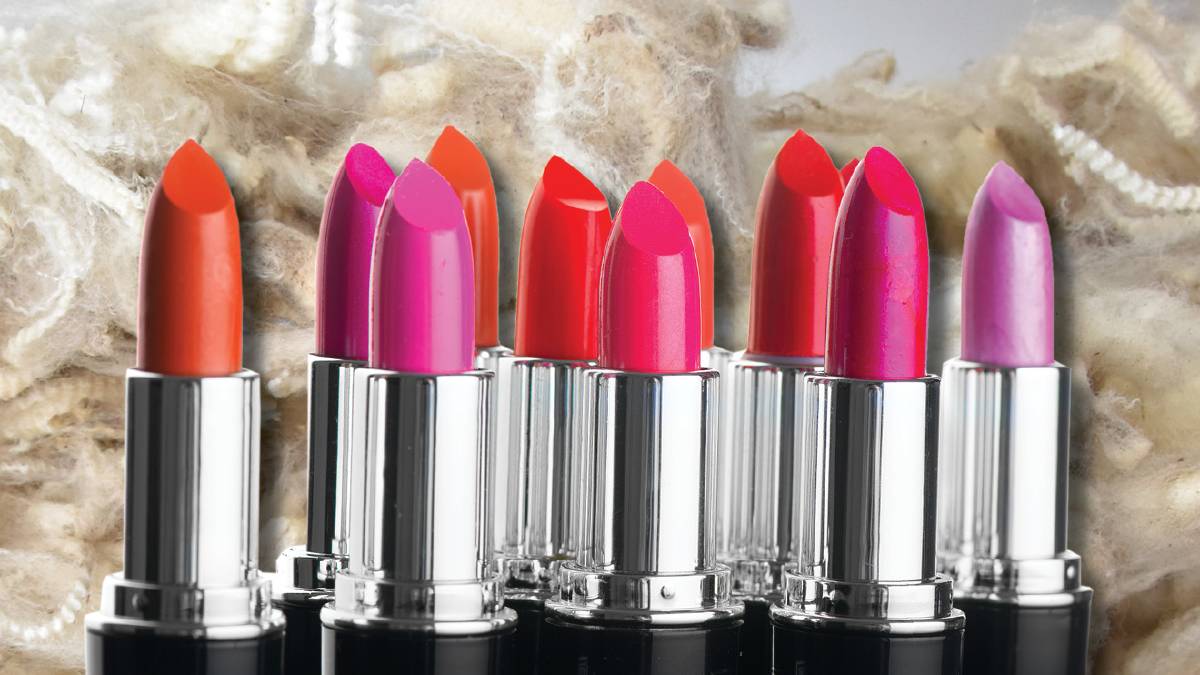 Wool grease prices are on the rise on the back of increased purchasing of cosmetic products such as lipstick.

Wool prices may have declined these last few months but demand for wool grease has actually been on the rise.

Wool prices may have declined these last few months but demand for wool grease has actually been on the rise.

That's according to Michell Wool chief executive Steven Read, who said increased buying of cosmetic products online during the coronavirus pandemic had played a big part in the price rise.

Mr Read described it as the "lipstick effect", where people bought moderately-priced luxury items during tough times to make them feel better.

"And cosmetic products fall into that," he said.

So how is wool grease turned into lipstick?

He said grease is removed from wool in the scouring process and it is then refined into lanolin.

"Every wool scouring plant in the world would consider wool grease as their most valuable by-product, and this is certainly the case for the two Michell processing plants we operate, one in Adelaide, and the other in China," he said.

"Lanolin is used in cosmetic products like lipsticks and hand creams and at times even shaving creams, as well as some medical-grade pharmaceutical products."

Mr Read said wool grease prices had been volatile in the last decade.

"We're still well off those record peaks but they're certainly trending up."

He said the market was driven by supply and demand.

"Supply has been down but more importantly, we've had far more inquiry from refiners chasing wool grease than we've had in a very long time," he said.

"And from companies that we haven't heard from in years.

"And most of that's been attributed to the cosmetics industry."

He said what had driven the price up in previous years was when two new uses for further refined lanolin had been commercialised.

This buoyed grease prices until an incident with the prawn industry crashed the market six or seven years ago.

"Vitamin D refined from wool grease was seen as a desirable alternative to synthetic growth promotants used as feed for animals and it was swiftly taken up to feed prawns of all things," he said.

"That was going terribly well until an infant death syndrome got into a lot of prawn farms globally and the only solution was to empty all the ponds and keep them empty for two years.

"That caused a collapse in demand for Vitamin D and in turn grease prices."

He said in recent years, some cosmetic companies had stopped using lanolin so they could be branded as not using animal products.

"But no sheep was ever harmed in the process of collecting wool grease," he said.

"So some companies have gone with synthetic alternatives, which don't perform anywhere near as well as lanolin."

However he said other companies were still keen to focus on the natural product.

Mr Read said India had been a big buyer of Australian wool grease, but other countries like the UK, France, Germany and Japan also had big refineries.

"China is an up and comer too, they've been slow to get going but have really expanded in the last six to seven years," he said.

He said at a time when wool prices had reduced dramatically, this was a positive story for the industry.