Basin water markets have outgrown frameworks that govern them: ACCC 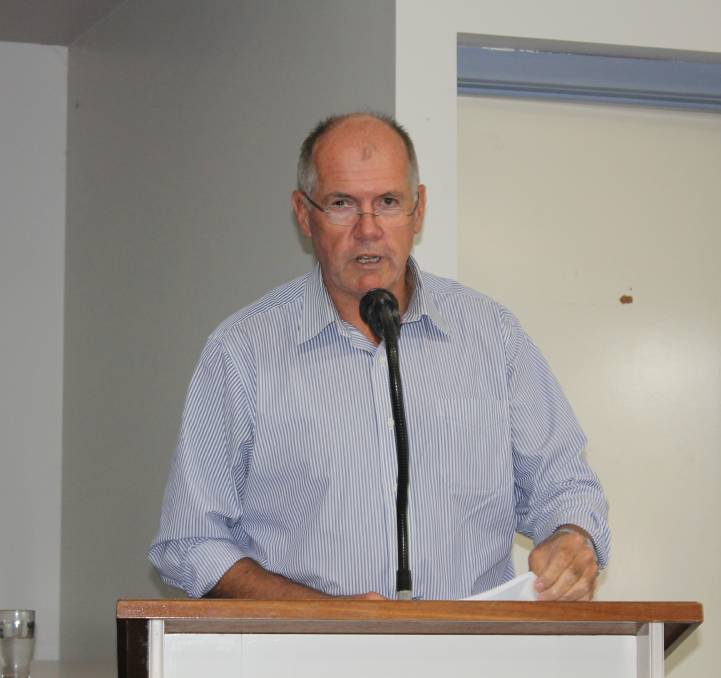 Murray-Darling water markets need a major shake up, to allow for open, fair and efficient water trading that benefits water users, communities and the economy, the Australian Competition and Consumer Commission has found.

The ACCC's interim report for its Murray-Darling Basin Water Markets Inquiry, released today, found the $1.5 billion-a-year basin water markets have outgrown the frameworks that govern them.

Change is needed a market of that scale to operate efficiently and for the benefit of industries that depend on it.

No evidence speculators are distorting the water market: Waterpool head

The report sets out the ACCC's preliminary views on the Basin's water markets, including the issues it has identified and potential options for addressing them.

"Water trading has brought substantial benefits to water users across the Murray-Darling Basin, including by allowing irrigators to manage the amount of water they use, to earn income by selling excess water or their water rights, and to release capital to invest in their businesses," ACCC deputy chair Mick Keogh said.

"However, these markets have significant problems.

"In basic terms, there is overly fragmented or complex regulation in some areas, not enough regulation in others, and a concerning lack of regulatory oversight and robust enforcement in important areas."

"This has led to a lack of trust in the markets among many water users and has undoubtedly reduced the benefits generated by those markets."

Mr Keogh said those problems exacerbated distrust, when water was scarce or demand was increasing.

The ACCC has identified problems in several key areas, particularly with the current governance arrangements for the Basin's water markets.

A significant issue is that a range of different bodies oversee water markets in the Basin under different legal frameworks.

Roles and responsibilities overlap in some areas, while leaving significant gaps in others.

"The Basin's water markets, and the bodies that oversee and interact with them, operate in a complex, fragmented and inconsistent system," Mr Keogh said.

"To make real and lasting improvements, we need to rethink how these water markets are governed."

The ACCC says the integrity of water markets also needs improving, with insufficient regulatory oversight of some market participants, including brokers and investors.

Water brokers, exchange platforms and other intermediaries have no industry-specific regulation, meaning brokers' roles are often unclear and their interests can diverge from those of their clients.

There are very few rules to prevent market manipulation or similar conduct, and no regulator charged with monitoring trading behaviour in water markets.

Potential responses include a licensing scheme operated at the federal or Basin State level for brokers and other intermediaries, or extending the financial regulation framework to all water products.

Appointing a single regulator to oversee trade in Basin markets, similar to arrangements in place in the financial services or energy markets, could also help address these issues, the ACCC says.

A lack of transparency in the markets is also an issue for water users.

Different record keeping by different states and trade processes mean participants cannot get a full, timely or accurate picture of water trading, and the same information is not available to all water market participants, the ACCC has observed.

Information crucial to the business decision-making of irrigators and traders, such as allocation policies and river operations policy, is not always well communicated or easy for users to access.

The ACCC says market transparency could be boosted through practical measures such as the use of standardised identifiers across the Basin, like ABNs.

Increased trade and the resulting changing patterns of water delivery and use are creating new challenges for the management of the river system, its infrastructure, and the environment.

The rules and operational frameworks that manage the trade and delivery of water may not always reflect the physical realities of the river system, particularly in the Southern Basin.

The ACCC says delivery risk, conveyance loss and storage limitations need to be properly reflected in trade rules, and where limitations exist, mechanisms are needed to efficiently manage these.

"It is clear that the Basin's markets need decisive and comprehensive reform," Mr Keogh said.

"There are many problems, but we do not believe that dismantling existing water markets is the answer. This would mean farmers, communities and the Australian economy would miss out on the substantial benefits these markets provide."

"The Murray-Darling Basin's water is a precious and often scarce resource. Water trading has the potential to ensure this resource is used to its greatest benefit, particularly for irrigators, but this can only happen if markets are efficient and fair and are underpinned by an environmentally healthy river system," Mr Keogh said.

The full interim report, including a list of options for feedback, is available at Murray-Darling Basin water markets inquiry.