Opening hours at 114 regional National Australia Bank branches will be reduce to 9.30am to 12.30pm as customers opt for digital services 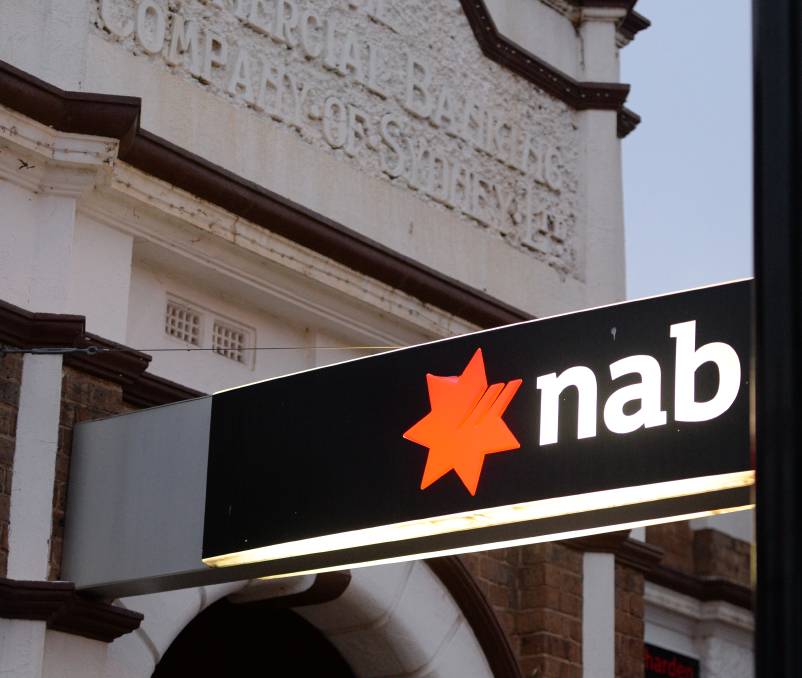 With more customers moving to online transactions and having less direct contact with their bank, especially since the coronavirus outbreak, NAB's personal banking group executive Rachel Slade said from August 17 selected branches would only open from 9.30am to 12.30pm for face to face contact with locals.

The move to half-day physical opening hours would apply to 38 smaller branches in NSW, 25 in Queensland, four in South Australia, 28 in Victoria and 19 in Western Australia.

However, far from being viewed as downgrading banking services, NAB's reduced branch hours model has been applauded by banking employees as one of the most positive restructuring decisions to emerge from the sector in a decade.

The Finance Sector Union of Australia said NAB was not just keeping finance jobs in regional and remote Australia, but also enabling staff in country towns to do back office work and customer service roles previously carried out in major centres, capital cities, or even overseas.

Outside the new half-day opening hours, about 270 regional staff at these branches will now support customers by phone and online chat connections, or do tasks such as application processing.

The FSU wants the other banks to adopt similar strategies rather than resort to rural branch closures to cut costs.

We can continue to be there and have meaningful conversations while also adapting to the way our customers are now banking - Rachel Slade, National Australia Bank

Towns where NAB's new hours will apply are typical of mainstream rural Australia, including Barraba, Bellingen, Berry, Bombala and Bourke in NSW; Clifton, Cloncurry and Cunnamulla in Queensland; Castlemaine, Cobden and Cohuna in Victoria, and Katanning, Kojonup, and Kununurra in WA.

NAB, Australia's biggest agribusiness lender, estimated about 25 per cent of its regional branch transaction activity already occurred between 9.30am and 10.30am, making mornings a logical time to retain traditional counter services.

"Through this new model we can continue to be there to serve our customers and have meaningful conversations while also adapting to the way our customers are now banking," Ms Slade said.

"It is clear the face of banking is changing, especially in the way customers want to interact with us.

"Over-the-counter transactions are declining steadily and have reduced by a quarter in the past year.

"However, our branches continue to be a really important part of many local communities, especially for local businesses."

If this strategy is successful it means regional centres only keep their branches and their employee expertise - Wendy Streets, Finance Sector Union of Australia

Queensland secretary of the FSU Wendy Streets said while some regional customers living long distances from town would be inconvenienced by the restricted face to face opening hours, NAB's new service model for the changing times was a lot better than branches closing forever.

"For 15 years, or more, rural communities have been fighting branch closures as banks restructured their local services, but if this strategy is successful it means regional centres can keep their branches and their employee expertise which can be deployed more widely across the organisation.

"The chance for more of our bankers to work from anywhere is something I am very excited about," she said.

"We have shown this is possible through COVID-19 restrictions with more than 450 of our bankers trained in new skills to support customers in different ways."

The planned changes presented the opportunity for country bankers to be remote and flexibly fit online or telephone consultations with the hours customers wanted.

More than 90pc of NAB's customer interactions already occurred online or by phone, and more than half of our customers log onto NAB banking via the app or online each month.

"We think this move will strike that balance, keeping the doors open at 114 branches around the country, providing the opportunity for around 300 bankers to learn skills while we continue to serve our customers well."

Ms Streets, also on the executive of the Australian Council of Trade Unions, said it was pleasing to have a major bank proposing a new model to stay open in communities which depended on them so much.

"Normally when any of the banks make a decision regarding downturn in customer activity it means branch closures, loss of jobs and loss of services," she said.

"We know all too well that when the last bank shuts its doors in a country town the place pretty much withers away.

"The industry is breaking new territory with this announcement."

Ms Streets also noted coronavirus emergency had highlighted the demand and practicalities of having banking services handled by skilled staff in Australia.

Westpac had just announced it would spend about $45 million this year upgrading its loan processing services in Australia so it can bring about 1000 offshore jobs back home.

Here's a full list of NAB branches adjusting their opening hours next month: