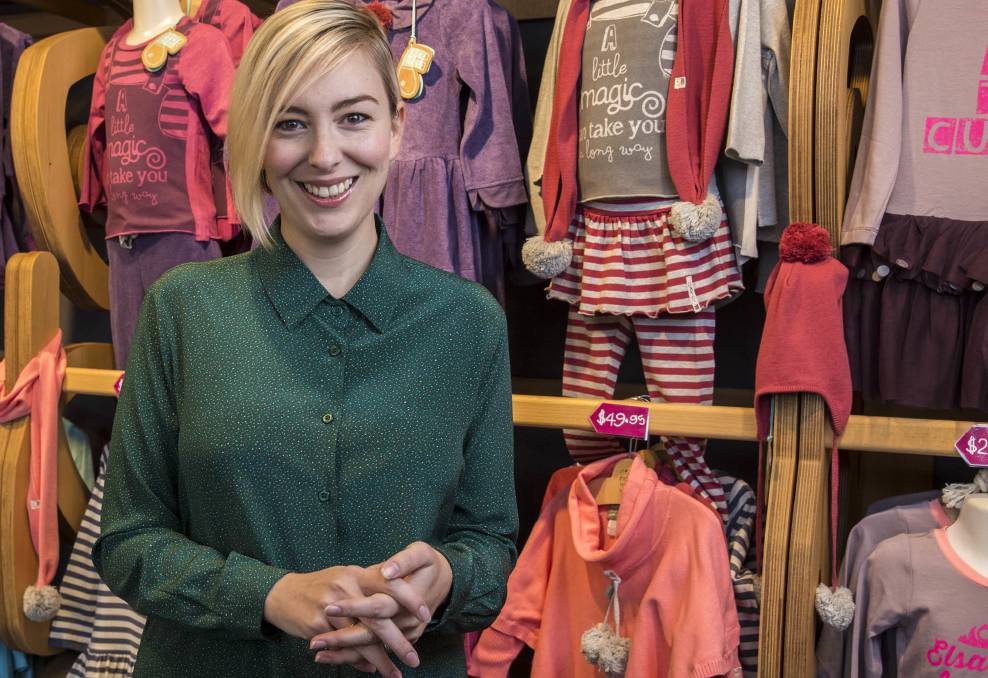 Australian Agricultural Company director and digital retail hotshot, Jessica Rudd, pictured prior to her joining the AACo board in 2017.

Unusual for a board director, AACo's Jessica Rudd still hasn't bought shares in the company after three years

Australian Agricultural Company director and digital marketing entrepreneur Jessica Rudd says she still plans to buy shares in the big beef business, despite not yet having acquired any during her three years on the board.

Ms Rudd, who joined AACo amid much fanfare in November 2017, was the subject of a pointed query from the Australian Shareholders Association at the company's recent annual general meeting.

She was seen as not having any shareholder "skin in the game", yet received $115,000 a year as a director.

The ASA has a policy of encouraging directors to show a personal commitment by gradually acquiring at least some shares in companies on which they serve.

Ideally after three years board members are expected to own a portfolio equivalent in value to their annual directors' fee.

The daughter of former Prime Minister Kevin Rudd, who is a digital media and intellectual property lawyer and founder of online retailer Jessica's Suitcase, has written to the ASA insisting she still intended to be a shareholder.

She was responding in person to a question from ASA representative Elton Ivers at last week's AGM which had only featured the chairman and managing director answering questions during the online broadcast to shareholders.

Few chances to buy in

Ms Rudd argued there had been limited opportunities to buy shares since her appointment because as a director she had knowledge of price sensitive information and was legally unable to enter the market at times when board members may normally acquire stock.

Mostly directors would be expected to buy shares soon after yearly or half-yearly trading results are reported.

However, on those key occasions in recent years Ms Rudd said the AACo board was also in possession of other sensitive trading knowledge which may have put her in breach of stock exchange rules if she had bought shares.

Interestingly, managing director Hugh Killen and director Marc Blazer, who both joined the company after Ms Rudd, have managed to acquire shares in the past two years.

She assured shareholders she was a strong supporter of AACo's vast cattle business and premium branded beef marketing strategies and would be buying AACo shares in future, when possible.

She is AACo's only female director, and at 36, much younger than the eight other board members.

Ms Rudd, who lived in Beijing for five years with her recently divorced investment banker husband, Albert Tse, is an ambassador for giant Chinese online retail site Alibaba and credited with a deep understanding of Asian markets and quality consumer branding strategies.

She is also a former director of listed e-commerce group eCargo, which bought the Jessica's Suitcase business two years ago.

Mr Tse also has agricultural interests through his co-owned Wattle Hill Capital, which among other food brands is a lead investor in the Brisbane-based Capilano honey processing and export brand.

He said it was unusual for a director of several years not to have at least a modest shareholding in their company, although it was understood that the window for buying opportunities was not always open for long.

However, AACo chairman, Don McGauchie, who has served on many public companies and does have more than 1 million AACo shares, told the AGM he felt a directors' share ownership status made no difference to their commitment to a board job.

He said AACo did not expect directors to hold shares in the business.

"I'm yet to see an issue where a director in any company I've been involved in sees any difference in the diligence they apply to their role as a director having any relationship to their shareholding in that company."

AACo shares, which have not paid a dividend for more than a decade have traded at about $1.02 each since the AGM - down from February's pre-coronavirus highs of $1.30.