BEEF FOR DINNER: Steaks matching the shapes of American states forms the basis of the latest beef marketing campaign in the US.

THE question of whether to look for common ground with those against animal production or to tackle them head-on, particularly where blatantly false environmental claims are made, has long plagued Australia's beef industry.

It's an area where the man who heads up one of the most influential beef lobby groups, the National Cattlemen's Beef Association, believes Australia and the US - traditionally fierce competitors in lucrative global red meat markets - can pull together.

It's like footy, according to Marty Smith, the keynote speaker at an online Rural Press Club of Queensland gathering this week.

"When you're on the field, the other team is your enemy but at the same time everyone on that field has to be focussed on the people who come to watch the game because that's what makes things go around," he said.

"Yes we compete in the world market for our exported beef but we face the same battles.

"There are a lot of claims being made - that we are a significant factor in climate change or we are not doing our part in carbon sequestration - which we all have to address."

Mr Smith, whose family has raised cattle in Florida for more than 150 years, said the US beef industry did not view fake meat as the strong competitor that the sector viewed itself. 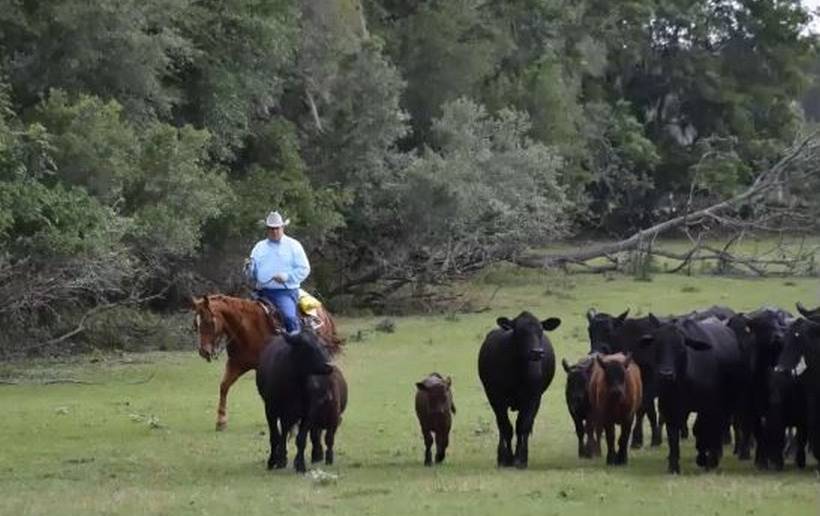 NCBA president Marty Smith on his ranch in Florida.

Panic buying during the global health pandemic had meant "we are able to see a lot better how we really do compare to the fake meat we've been concerned about," he said.

As was the situation in Australia, US grocery store shelves were often left bare of beef while alternative protein products lingered.

"When people were stressed they bought good meat and that says a lot about the demand we have for our product," Mr Smith said.

Growth in meat department sales in the US during the pandemic have increased to the tune of $7.4m over the same period last year, and $3.3m of that was beef.

"Our animals, like yours, are able to convert low quality forages on very marginal country to high quality protein," he said.

"That cannot be done with alternate proteins - they take the best country to make a protein, something they then try to make taste like beef.

"But people do want to know our beef has been raised ethically and in an environmentally sustainable way.

"We have the favourable reputation of the rancher as someone who is honest and works hard on our side - and I know you have that too in your country.

"Let's do what we can together."

Coronavirus created havoc in the US beef game but significant strides towards recovery were now occurring, Mr Smith reported.

Full service restaurants that were down on trade as much as 80pc in April are now back at 20 to 25pc. 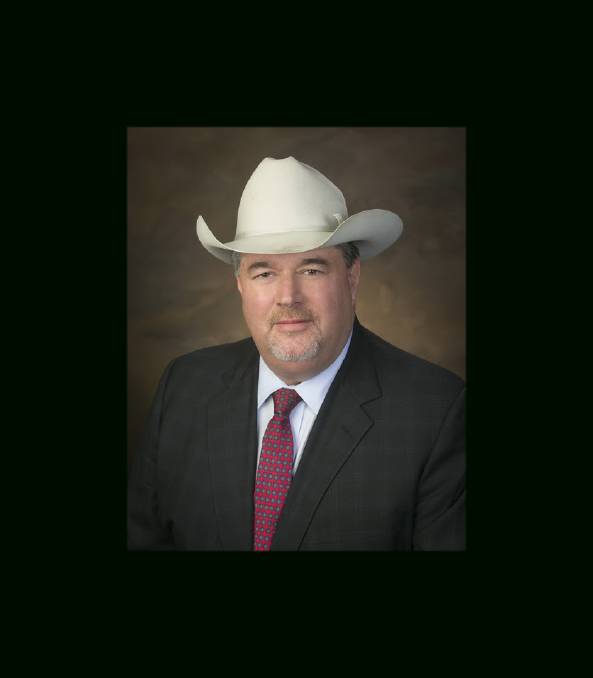 Quick service restaurants like McDonald's maintained their business much better and are currently operating around 13pc below pre-COVID rates.

Processing is close to full capacity but there is still a backlog of cattle.

When the pandemic first hit, there were huge problems in the marketplace, Mr Smith said.

"There were significant concerns of food shortages and that we would be euthanising livestock," he said.

"Cattle prices plummeted due to lack of slaughter capacity as plants shut down due to worker issues.

"That led to a tremendous decrease in the price of our live cattle. At same time, the price of beef in grocery stores went up due to shortages.

"We have started to see recovery from that but we are not back to where we need to be."

US cattle inventory sits around 95m head and beef exports exceed $8b a year.

Interestingly for the Australian industry which is becoming increasingly focussed on the premium end of markets was data Mr Smith presented around market signals.

Demand for Choice Beef, which is the top quality beef product in the US, is 60pc stronger today than it was 1998 while the Select (value) category is nearly unchanged.

That demand signal had been passed back to cattle producers, resulting in higher-grading cattle rising from 54pc in 2006 to 82pc in 2020.

On a personal level, Mr Smith said his family ranch had achieved, with Bos Indicus based cattle, over 90pc Choice grade via genetics and management.

The US prided itself on Choice Beef and that was where it would continue to focus, he said.

Combine that with the trade victories the US has notched up in recent times - the tariff on US beef to Japan lowered to 9pc; China lifting its hormone ban on US beef; the finalisation of a US Mexico Canada agreement providing improved beef access and the negotiation of a 35,000mt US beef quota into Europe - and the competition from Trump territory is ramping up for Australian beef.

"We have been unable to crack that EU market but now we are seeing it open up to us and we look forward to increasing that," Mr Smith said.

"We work very hard with our politicians and those throughout the world to keep our markets open.

"We believe if you're not at the table, you're on the menu."