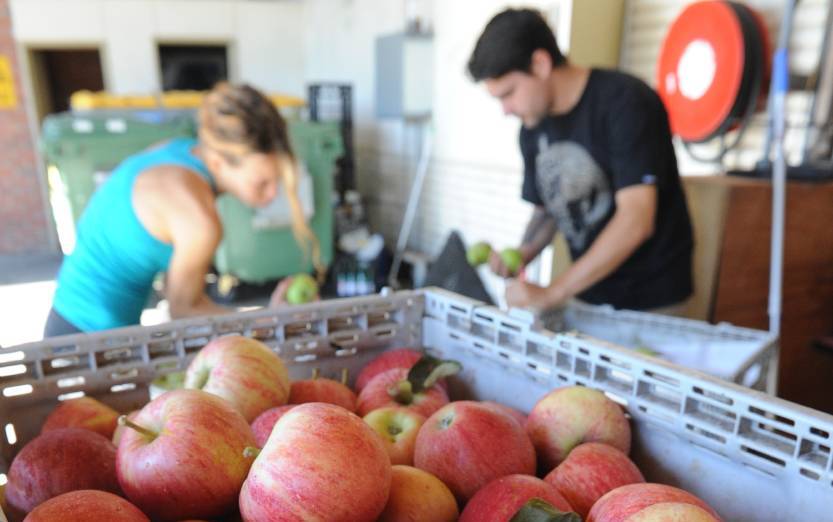 LABOUR SHORTAGE: Working Holiday Makers are leaving the country at a steady rate due to the coronavirus pandemic.

A "bureaucratically man-made disaster" could decimate the horticulture industry, as thousands of working holiday makers leave the country every week.

UP TO a thousand working holiday makers are leaving the country every week, leaving the ag sector and the government scrabbling to come up with a solution to fill the upcoming labour shortfall.

A federal government inquiry into the Working Holiday Maker program was urged to act swiftly to avoid a "bureaucratically man-made disaster" that could decimate the horticulture industry.

In a normal year, there are about 200,000 working holiday makers in the country at any one time, but that number has dropped to 80,000 and continues to fall due to the pandemic.

Although unemployment continues to grow, attracting Australians to the industry remains as difficult as ever.

Australian Fresh Produce Alliance chief executive Michael Rogers said between the start of the COVID-19 outbreak and June, only eight per cent of the 23,000 job inquiries within the industry were from Australian citizens.

Mr Rodgers suggested the government provide a $1200 relocation incentive to entice Australians to take up seasonal work in the horticulture sector, however he acknowledged filling the shortage with local labour would be impossible.

"While there might be an increase [in local labour], it's not going to be an increase which covers the 50,000 workers in the Working Holiday Maker program the horticulture industry needs next year," Mr Rogers said

"So if the working holiday makers continue to leave at approximately 1000 a week, we have very critical issues leading into 2021."

Mr Rogers said the industry wanted the government to focused on finding new pathways for overseas workers, particularly those with agricultural experience.

"There is an opportunity to provide a specific visa to other countries, which complements the working holiday visa," he said.

"That would be a very targeted measure, which would provide short-term support in the industry.

"But also in the long term, it is a consistent policy approach to say 'let's trial it in a crisis'. If it works, there is the opportunity to expand it or refine that visa."

Nationals MP and committee member Damian Drum said the government had to get on the front foot, otherwise it was staring down the barrel of a "bureaucratically man-made disaster".

"There are going to be groups who push back and say 'let's just wait and see what happens'," Mr Drum said.

"I'm worried that if we wait and see what happens, by the time we realise we're 20,000 workers short, the disaster has already taken place."

"We need to target those people from a global scale, that are interested, willing and able to come and work in the agriculture sector," Ausveg public affairs manager Tyson Cattle said.

"So that means we may need to expand the Seasonal Worker Program to include south-east Asia countries."

Ausveg chief executive Bill Bulmer suggested more workers could be brought over from COVID-free Pacific Island nations with support of the government.

"We can bring them if the government can help with 14 days isolation, to get people back into those regional areas that need those programs to continue," Mr Bulmer said.

"I think that'd be a great benefit."