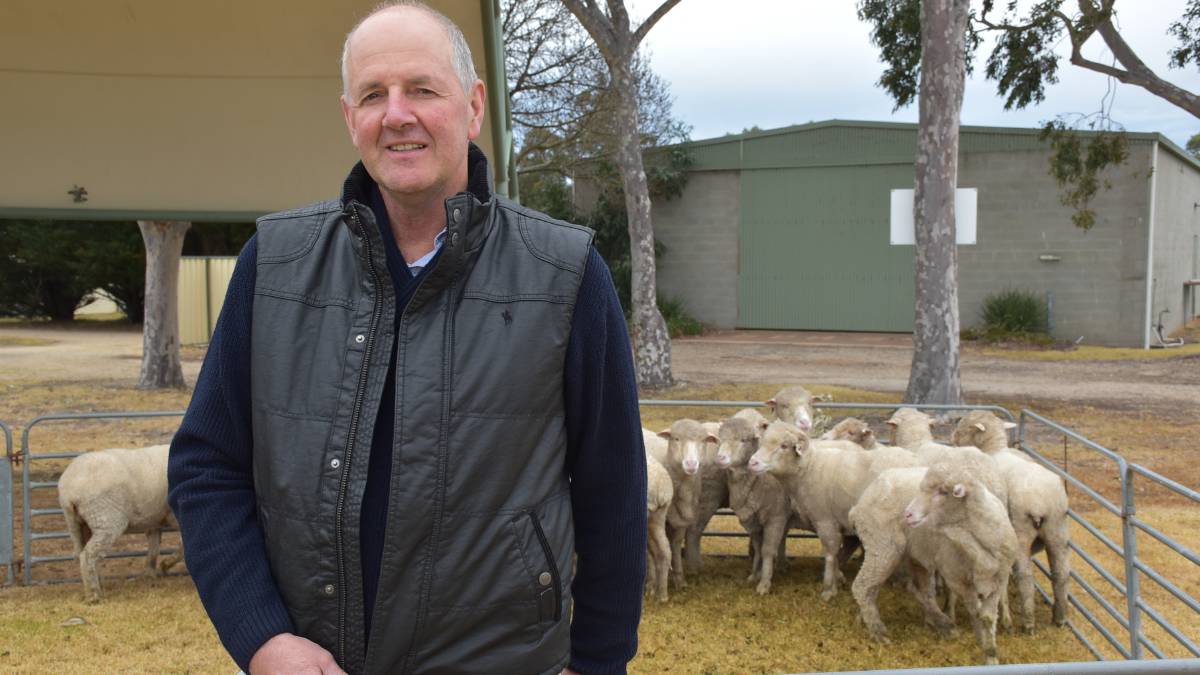 Mecardo managing director Robert Herrmann believes there are positive fundamentals in the sheep industry that will see it hold its export strength.

What is ahead for the Australian sheep industry and its key export markets?

It's impossible to have a crystal ball in a global pandemic which is impacting markets unpredictably, but is there any existing data that can provide sheep producers with some surety of what's ahead?

Data is the bread and butter of agricultural market analyst service Mecardo, whose managing director Robert Herrmann said while they didn't have magical powers to predict the future, there were fundamentals that provided an indication of how the industry was situated.

Mr Herrmann said there were three key fundamentals that showed the industry was in a good place - red meat was in short supply, restocking would continue and prices remained historically high.

"It's amazing how quickly we get used to current prices," he said.

He said the protein shortage and consequent demand for our product went back to African swine fever (ASF).

"China was the country most impacted by ASF and in the last 18 months, 200m pigs - or a quarter of the world's pig population - have been slaughtered."

As a result, China has had a shortage of 25m tonnes of red meat from 2018 until now.

"We know that they are already doing things to improve that, increasing beef and chicken production, and chicken, beef and pork imports, but the bottom line is there's still a net deficit of 16m tonnes of red meat in China," he said.

"That's seven times the total Australian beef industry; we're not going to fill that in a hurry."

So he said what that told us was that the demand for our red meat wouldn't go away anytime soon.

"Last year our lamb exports to China were well above the five-year average, and in some months, China was our biggest export destination for sheep and lamb," he said.

He said exports this year had been really good too but coronavirus had impacted momentum at particular times.

"If you think back to early January when we first started to hear about COVID-19 hitting the Chinese economy, that was reflected in exports, it did come back to the five-year aveage," he said.

"But what's happened since then is they've bounce back up and gone very strongly."

He said one market that had fallen away during COVID-19 was the Middle East, where we would normally have a good presence.

"The main reason is that most of the product we're flying in there - frozen or chilled - goes on passenger planes, so you've got the people sitting up the top and the product underneath," he said.

"With those passenger flights not being conducted at the moment, that impacts the logistics of our meat exports there."

He said mutton was a different story.

"We've struggled with volume because we just don't have the sheep to slaughter," he said.

"When you look back to last year, we had big numbers, way above the five-year average going to China, and at the time prices held up pretty well."

Looking forward, Mr Herrmann said you had to look at the country's sheep offtake to figure out whether the flock would grow or not.

"From 1990 onwards, we started to slaughter a huge percentage of the flock, up to 16-17 per cent, which declined the flock.

"Then we had another decline because of the drought, and that stumbled the number further down.

"We've figured out unless we go to below 12pc slaughter or live export, the flock won't grow."

He said supply would continue to be tight moving forward and demand would be in full support of that.

"Each year we see higher highs and higher lows for lamb," he said.

"There's been a progression of higher prices each year and even when the market comes under pressure in spring from supply, the next year there's a higher low than the previous year."

He predicted new-season lamb supply was going to be slightly higher this year than last on the back of better lamb survival rates.

And comparing slaughter levels to previous years, he believed prices would be around the 550-650 cents a kilogram mark for those lambs.

"That gives us some confidence that people are going to see prices that are only 10-25pc below where they were at the record levels last year," he said.