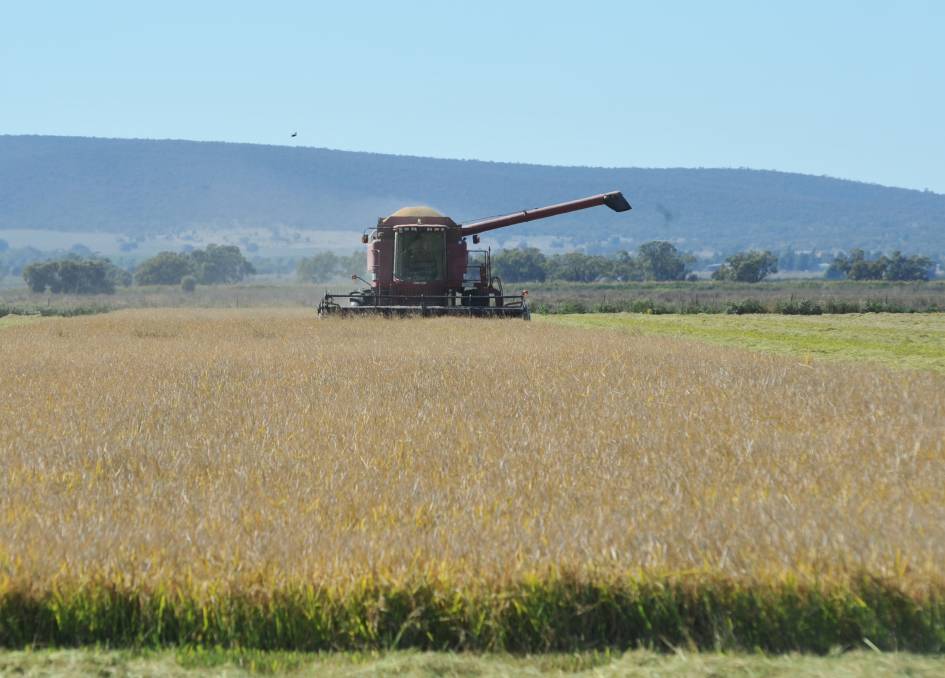 SunRice could be processing at least 250,000 tonnes of paddy rice next year - up from back from just 44,000t this year - thanks to improved water allocation prospects

Chances are the national crop will bounce back from just 44,000 tonnes this year to well above 250,000t of paddy in 2021 if current dam levels and grower planting intentions are any indicator.

"The indications we're hearing from rice growers who may also produce wool, or grow cotton, are that they'll be pushing the needle towards rice this season," said SunRice chairman Laurie Arthur.

"We're particularly positive about the growing season and water allocations in the Riverina given inflows into Burrinjuck Dam are now looking quite promising."

Burrinjuck, in the Upper Murrumbidgee Valley, has enjoyed a 25 per cent increase in capacity to about 70pc in the past week.

The rebound cannot come fast enough for SunRice, which for the first time ever is likely to run out of Australian grown rice to supply domestic demand by early 2021.

The national processor and international marketer is currently operating its two southern NSW rice mills at a measly 5pc of capacity after irrigation water shortages and stiff competition for water from the cotton and almond sectors squeezed the past two seasons' production to the second and third smallest yielding crops in the company's history (54,000t and 45,000t).

In a more typical season SunRice anticipates a harvest of about 800,000t, but supplies a total global market of more than 1 million tonnes a year, with help from its overseas mills and other traders.

We're generally getting strong interest in next season's crop for a variety of reasons, not just water availability - Laurie Arthur, SunRice

Mr Arthur said despite rainfall and water storages in the Murray Valley being less exciting than the Murrumbidgee, his "gut feeling" anticipated a 250,000t-plus harvest next autumn.

To lock in an initial commitment from growers, SunRice has offered forward price contracts of between $475/t and $625/t, ensuring it had a base reserve of key varieties to promise customers next season.

The fixed price contracts, for a total volume commitment above a similar offer made last year, were quickly snapped up by growers last month.

"We're generally getting strong interest in next season's crop for a variety of reasons, not just water availability," Mr Arthur said.

As the world grappled with the coronavirus pandemic and the related economic downturn, farmers and agribusiness marketers felt food commodities were likely to be a safer prospect than relying on diminishing demand from fibre and fashion markets.

With Australian cotton spot values for 2020 crop down from $630 a bale in February to about 485/bale this month, and wool down from 1700 cents a kilogram to below 1200c/kg in the same period, the southern Murray Darling Basin's historic reliance on rice in mixed farming operations was returning to the fore.

The July collapse of Chinese-owned cotton merchant Weilin Trade, based at Coleambally, had also "rattled" southern NSW irrigators after leaving many growers out of pocket for cotton contracts which never paid up and other creditors also owed money.

Weilin Trade's receivers have suggested creditors across NSW and Queensland will likely only receive about 20 cents for every dollar they were owed.

"One of the reasons we're so confident about rice remaining a permanent fixture in the agricultural landscape here - if we get water management policies right - is because it's so very compatible with other ag sectors in the southern basin," he said.

"You can harvest an 11t/hectare crop in May and follow-up with oats or wheat planted into the residual moisture which will yield maybe six tonnes, and provide grazing for prime lambs.

"Farmers understand the market advantages of a diverse production base and that's being reflected in current levels of interest while wool and cotton signals aren't so strong."

Australia's irrigated rice sector also used less water for every tonne produced than any other rice industry in the world, averaging above 10t/ha.

That was at least a tonne better than nearest rivals the US or Egypt and was the foundation for a major regional value adding industry, which included world-leading rice milling efficiency.

"Obviously running at 5pc milling capacity won't work for long so we certainly need a good planting result this year, but we've still managed to stay profitable despite everything thrown at us in the past year or so," he said.

"There wouldn't be many companies making profit running at just 5pc throughput."