Wool prices have steadied but could be pressured in the coming month if supplies rapidly rise. 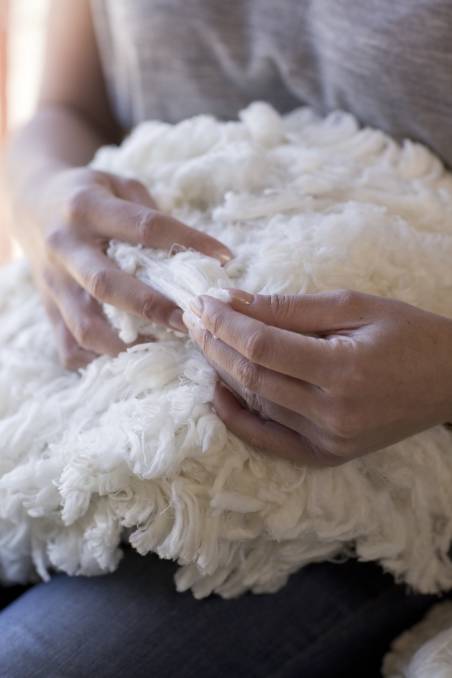 The Australian wool market found a base last week and firmed-up - from a very low base.

All of the major Merino fleece types increased in price on the back of: a much smaller offering; some speculative buying by the major processors; and continued hope, more than anything, that conditions will keep getting better around the world.

Fleece categories rose by up to 30 cents a kilogram for some micron groups, but the skirtings were sluggish and the carding market bombed-out - with losses of up to 80c/kg.

This dragged the overall Australian Wool Exchange market indicator down a couple of cents a kilogram.

There is, as usual, slightly different outlooks for the coming week - and August is always a difficult period for the wool market to gain any traction.

The 'dead spot' in the processing calendar is no different this year, with much of the world on holiday, retailers changing-over seasonal products and samples and collections already having been produced.

None of the usual exhibitions have yet been able to be held.

But the processors are doing what they can to showcase these collections, which - in the long lead time wool industry - are actually for 2021 garments.

Most mills in China are ticking-over at a reduced capacity and searching for a customer who wants to buy something, just to get some cash in the door.

Towards the end of next month, the typical processing season should reassert itself - in the new normal - and more orders should start to flow.

But for the next six weeks, everyone is hoping that the market can sustain itself.

A lot will obviously depend on the volumes of greasy wool on offer, with the reduced early stage capacity seemingly able to consume only about 30,000 bales per week.

Any more quantity than that will certainly test the market - and the pockets of the exporters and processors.

Some in China still have the view that the market could be cheaper in coming weeks - not that the current price level for wool is a problem, it is simply a lack of demand preventing the wheels from turning at this point.

The European fraternity has been more active in the wool auction room since sales resumed and this is expected to continue, given that many Western European mills return to work from this week.

The Italian mills still have another couple of weeks of summer holidays and will come back from the first week of September.

Although things are not all rosy in Europe on the COVID-19 front, the bounce back from lockdown is gathering pace.

The ZEW indicator of Economic Sentiment for Germany was published last week and it showed an increase of 12 points to 71.5.

This is the highest since January 2004, and well above market expectations of 58 - further highlighting that the economic engine room of Europe is beginning to fire again.

Despite a bit of uncertainty in Belarus after the elections, Russia has gained plenty of attention with the announcement of a coronavirus vaccine.

Other candidates may have slightly longer approval processes to endure, but there is growing optimism that some sort of pharmaceutical solution to the virus may be possible.

So, in the world of wool, Europe gets a tick - small but at least moving in the right direction.

The largest consumer market in the world - the US - is a little less certain, with the election cycle guaranteed to provide more circus-like antics in the next couple of months.

As usual, the political bickering has been sufficient to delay the provision of a new stimulus package to date.

But it was only a year or two back when the US Congress ran-down the clock to the last hour before finally agreeing to fund its own government, so this sort of gamesmanship should not really be a surprise - especially in an election year.

Equity, currency and commodity markets are all a bit flighty at present, grabbing hold of snippets of news and reacting accordingly.

These wild gyrations ultimately feed back down to consumer sentiment in the longer term.

When it was a 'risk-off' period during the past couple of weeks, gold - as a safe haven - took the limelight. But the precious metal has gone from the headlines again almost as quickly.

Equities, which form a large pool of savings and long-term investment for so many across the globe, are still hovering - broadly speaking - around pre-COVID-19 levels, although the dividends may not be there this year.

Those with enough financial reserves to withstand the short-term ups-and-downs are best able to weather the storms like COVID-19.

Similarly, those with job security will be among the first back to retail.

Obviously, there are a large portion towards the bottom of the consumer pyramid who have taken a massive hit in the past six months.

This is already borne out in the different demand signals coming from a tentative retail sector.

Low grade woollen products, even with today's rock bottom prices, are likely going to be hard to move.

For example, the cheap wool-acrylic blend sweater using a 29-micron wool and acrylic blend is being shunted off the shelves and replaced with bargain price-level, pure plastic garments.

There remains a big middle-class section which still has resources, but is cautious given the experience of the past six months.

These consumers are going to be looking for value, quality and safety.

And at the higher end of the wardrobe, cashmere and superfine Merino products are finding customers that are still largely connected - whether it be in fashion or performance clothing.

Ticking the boxes for these consumers around ethical, sustainable and natural fibres will be critical in the recovery phase and the wool industry has a golden opportunity to get this right.